What Does New Zealand & Mauritius Have In Common?

I have in my time voted for the Green Party, Labour (liberal and left of centre), National (conservative and right of centre) ACT (a mix of the previous two). I am never sure whether upon self-analysis that makes me balanced, confused or a lunatic.

I think what it demonstrates is that I recognise trees are very important to life yet money doesn’t grow on them.

The more I travel the more concerned I become about what we are doing to this planet of ours. It doesn’t need us but we sure as hell need it.

I have long been concerned about what we are doing to New Zealand – our oft quoted (and globally marketed) ‘clean and green’ country is in my view not only an inaccurate representation, but misleading. Yes, at first glance or when you are lying on a beach it appears very clean and very green. But scratch the surface, analyse a river water sample, venture into a forest of towering endemic trees and you will be confronted by…silence. The birds are gone. Seedlings are absent, eaten by introduced predators and grazers.

The past two weeks I was holed up in Mauritius with my wife in order to catch my breath after three very busy weeks of non-stop consulting with over 100 families in South Africa.

One of the reasons for returning there was the chance to do some scuba diving in the little down time I have had.

The diving websites boasted of ‘sights never seen anywhere’ and while a dive has to be pretty bad for me not to enjoy it, I’d give Mauritius diving a ‘5 out of 10’ after completing four. I wouldn’t hurry back for the underwater sights.

Why? Sadly this nation, which is a microcosm of the planet, is on a one way trip to ecological collapse. Where our ecosystems go, so too go we. Mauritius it seems on the surface is wonderful but beneath the surface it is one sick puppy.

Outwardly beautiful this tropical ‘paradise’ that gave us the Dodo before we took it away forever is in a severe state of ecological meltdown.

Overcrowded and reliant on sugar cane and tourism this island has possibly the most modified natural environment I have ever seen. It should scare us all to witness what is going on there as it simply reflects on a very small scale (but therefore on a scale able to be comprehended) what modified environments can look like and what they signal about our future prosperity or lack of. There is a whole lot of ‘living for today…’ (which when you are poor you have little choice other than to do).

In the context of my love of all things underwater I went there, in part to dive. Mauritius is the lucky owner of the third biggest continuous tropical reef in the world, yet like it’s terrestrial environment, it is busy degrading to to the point of collapse and the nation doesn’t seem to do anything much to protect it.

Only one bay has been declared a marine reserve. Everywhere else subsistence and other fishing goes on to the point where the lagoon that encircles the island is largely barren of coral and the marine life this ecosystem used to amply support.

On the open ocean side there are fish but compared to other places I have dived, depressingly few. The reef is under incredible pressure through over fishing, collection of shellfish and none of this is helped by the seeming insatiable demand by tourists for large shiny shells to put on their mantle pieces back in Paris, Berlin or London.

These beautiful shells which seem to be for sale absolutely everywhere once housed molluscs which are predatory and feed on – among other things – sea urchins. Sea urchins in turn feed on the coral. So where the predatory molluscs have all been removed (which is virtually everywhere) the urchins have exploded in numbers. The coral is being eaten. The reef is. if not dying, certainly under enormous pressure.

All of which diminishes the scuba experience.

Yet this beautiful country relies so heavily on tourists and I for one won’t be hurrying back.

I just don’t get it.

Ban the selling of shells (or at least in hotels like the one I was in, discourage guests from buying them but explain why). Interestingly here in NZ, our Government bans the importation of them so if you do come and live here (or already do) and fancy buying a nice ‘Nautilus’ shell or some coral when overseas you have to declare it on arrival or risk heavy penalties and either way it will be taken off you. Bravo I say. Leave the shells in the ocean where they belong.

Diving in Mauritius is not cheap and I suspect I paid more for four dives than your average fisherman would make in a month. While I am 100% sympathetic to the need to feed his family but it seems for so many, the only way he can do it is, to coin a phrase, by pooing in his own (marine) nest.

If only 20% of the reef from island to ocean were made off limits these systems would soon recover. I read recently in as little as five years based on NZ experience when total bans were put in place here.

A healthy reef is not only going to provide better diving and snorkelling but also more fish for the fisherman as these healthy populations spill over to adjacent areas. Setting aside even 10% of their reef can only be good economically if the ecological benefit is not deemed worthy.

I am not feeling smug about this. Our story in New Zealand is in many ways very similar to Mauritius only on a far bigger scale. It is equally as depressing in some ways.

Tourism is our top export earner. Last year we welcomed around 3.2 million tourists. This number is expected to top 5 million by 2020. Over 400,000 Kiwis are directly or indirectly employed in tourism so it is of critical importance to the economy. Only yesterday it was announced by Tourism New Zealand they are going to stop marketing the country for peak time visits and now start to promote shoulder periods of spring and autumn/fall. There are cities like Queenstown where there is literally not a bed available for three months over summer. Our hospitality and tourism infrastructure is groaning under the pressure.

People come to NZ for similar reasons I went to Mauritius. The outdoors, the ‘untouched’ places (without anything wilder than an Australian marsupial, midges or rat in our case) and a wilderness experience or two. Our limited wild places and National Parks are under pressure from all these people.

Along our coasts we do not have enough marine reserves despite having one of the longest contiguous shorelines of any country in the world.

The reserves (marine and terrestrial) we do have are generally free for everyone and increasingly that true wilderness experience is being spoiled by thousands of chattering, litter producing and ecologically ignorant visitors.

Countries like Mauritius and New Zealand should not only preserve but expand these zones. Let nature recover. And then trade off that genuine ‘untouched’ and pristine experience. People, like me, will pay big bucks for it – but it has to be worth the money.

How about a conservation levy in Mauritius and NZ to help pay for these parks and reserves? Travellers are increasingly ‘green’ and conservation conscious.

When the local tax paying base is not big enough to maintain predator control programmes or expand our ecologically sensitive zones I’d happily pay a levy or fee to enter these areas if I thought it would be directed at conservation. Add it to my hotel or accommodation bill.

Most countries I visit have what amounts to a tourism tax levied on tourists and collected by hotels. NZ doesn’t but in my view should. Or even better why not a conservation levy?

It’s a win-win. We preserve or even enhance the very environment we not only wish to enjoy but which provides the foundation for our own economic survival.

I couldn’t believe when we recently spent time in the Abel Tasman National Park in the South Island you could use all the camping and ablution facilities for about $5 per day. Ridiculously cheap. And little meaningful predator control as a result. The forests while beautiful were eerily silent. No birds. None can survive the introduced predators that are rampant in our forests.

Pour this money primarily into preserving what is left, expand reserves, keep people out of some and carefully monitor and regulate activity in others. In Mauritius make some of these reefs off limits to humans.

It’s the same on the land. Mauritius like NZ did its best (and wildly succeeded) in modifying its environment to the point of it not being recognisable from its pre-human days.

Tourist numbers swell as incomes rise around the world. This is an opportunity for countries like Mauritius and NZ to create many new jobs while at the same time giving poor old Mother Nature a break.

She is sick. I see it everywhere I go.

I’d love to go back to Mauritius again but will probably go somewhere where the locals haven’t pretty much destroyed the very reason I wanted to visit in the first place. 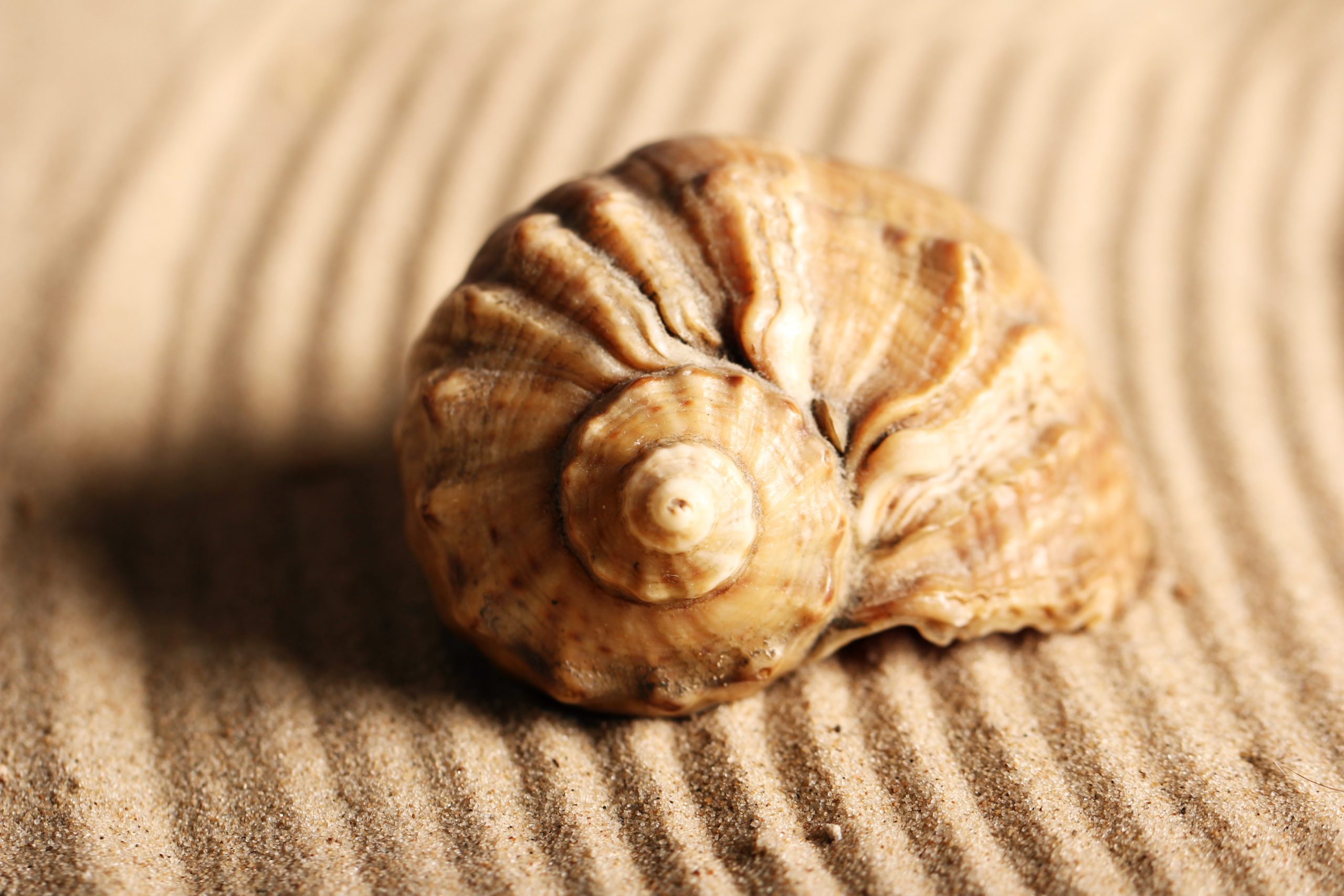