What Does 2020 Bring For Skilled Migrants?

What does 2020 bring for skilled migrants?

The short answer is delays and frustrations.

INZ continues to advise that they are placing skilled migrant (points) resident visa applications into two queues — those that warrant prioritisation based on two limited criteria and those that do not.

Priority to INZ today means you earn a “high salary” of $104,000 or higher. Alternatively your New Zealand job is in an occupation that requires statutory registration.

The priority cases are being allocated within a few months of receipt and everything else I am continuously told by the senior management will be allocated “strictly in chronological order of receipt of the application”. As recently as yesterday.

It is extremely difficult to explain to a Software Engineer earning $103,000 that his case will now take 2 years to be allocated and processed when his colleague sitting at the next work station on the same work visa is getting priority because he earns $104,000. Or tell the Auditor they don’t warrant priority but the Electrician does.

What makes the (registered) Electrician more valuable to the country than the Auditor?

And where did these prioritisation criteria come from anyway? Who dreamed them up?

It is arbitrary and a mess. And it is getting messier. The Minister of immigration, Iain Lees-Galloway was warned and acknowledged this problem in April last year. He has done nothing about it.

The reasons we got here are clear and were predictable. The consequences of a wrong move now by Government is frightening. All the solutions are unpalatable.

INZ is contractually obligated and resourced by their political masters to only process and approve the number of skilled migrant resident visas that the government has set out in the publicly listed residence program (which lasts 18 months before being revisited). Although for years, and when convenient because they issued fewer resident visas than their annual ‘target”, the politicians constantly told us that they operate targets and not quotas (‘the numbers aren’t important, it is about quality”), yet all of a sudden, when the economy is on fire and lots of migrants have skilled jobs these ‘targets’ cannot be exceeded. Which rather makes them sound more like quotas to me. Targets when it suits. Quotas when it suits.

As of yesterday I am informed that there are 10,000 priority and non-priority applications covering approximately 37,000 people sitting in the queue waiting to be allocated. What took six months last year will take 18 months now.

So how did we get here?

In many ways the immigration department’s hands are tied. They cannot increase the target/quota which means they say they must delay allocating cases for processing system (or at least that is their story and they are sticking to it). They cannot put the pass mark up (that is true), the Government does that. At 160 points to be selected, the numbers building up in the system awaiting allocation is increasing with every subsequent pool draw.

So what are the solutions?

Significantly increase the pass mark to perhaps 190 or 200 which will certainly lead to significantly fewer applicants being invited to apply for residence. That is what the pass mark is for — it acts as a valve system to control the flow of applicants into the system. So why doesn’t the government put up the pass mark?

I can think of a few reasons — the most important is it will screw the Auckland labour market and the Government needs Auckland votes. Auckland continues to be a ‘jobs factory’ and we have a critical shortage of workers across most sectors and industries. Already around 70% of skilled migrants are being forced out of Auckland in order to secure enough points even to reach the 160 threshold.

In construction, hospitality, tourism and child care, the impacts are already being felt with the current pass mark exacerbating existing skills shortages. If they put the pass mark up the government is going to have Auckland employers screaming even louder. Given the importance of Auckland to the national economy, if the Government restricts the labour market there too much, you’re going to see a significant decrease in economic activity. That is not politically very palatable for the government.

Another reason is that many of the skills we need desperately (and tradesmen spring immediately to mind) already struggle to secure 160 points, even outside of Auckland. Put the pass mark up higher and you’ll be excluding some of the most critical skills we lack.

Let the allocation of processing times continue to get longer and longer.

That also creates a political headache for the government which is already getting it in the neck because we have some 150,000 odd people in New Zealand on work visas. The reality is many migrants are only here on work visas because there is a potential pathway to residence. If they think they can secure that future more quickly in Australia, Canada, the UK or the US then that is where they will go. Migrants will put up with a certain amount of crap to get where they want to go but they do have limits and many of them have choices.

The nuclear option — shut the program down and don’t accept any more applications into the skilled migrant pool until the current backlog is cleared. Based on current estimates that would take two years.

It would be simple, it is clean and it turns off the tap. Experience demonstrates however that when you want to turn the tap back on you’ve lost the trust of the market and the skilled migrants the economy demands will go and settle in countries with a more forgiving and certain process. That is if we had any economy left to worry about.

I’m sure there are many policy makers in Wellington who would argue that it takes two years to get residence of Australia for example. That is true but the significant majority of our clients secure that residency while they are sitting in their home country. They are not uprooting, they’re not selling houses before their future is secured and they are not taking the risk that skilled migrants coming to New Zealand are.

The bizarre thing is all this interest in New Zealand is actually a good economic news story (it’s just a bad political one for the parties in Government because of the things they said to get into power back in 2017). To get into this country you must be able to get skilled employment and given the very real barriers to getting work for migrants without work visas, (our old friend the ‘chicken and the egg’), the fact that so many employers are still willing to play the visa game is testament to what full employment in the local labour market looks like when your business is expanding or you need to replace someone who is moving on. These migrants are getting jobs because we have more jobs than we have people to fill them and it is as simple as that.

Simply put, employers have no choice but to employ immigrants. They aren’t doing it because they want to. A fact usually lost on the anti-immigration politicians and voters.

The current government also promised to build 100,000 houses over 10 years, a policy since abandoned as unachievable (surprise, surprise, we don’t have the skills to build them!) and house prices have continued to climb, pushing many people out of the permanent home ownership market. While many migrants have been pushed out of Auckland in order to score the 160 points, that is now putting infrastructure pressure on other centres. It is interesting to note for example that in recent months property prices in Wellington have almost caught up to Auckland.

Obviously more migrants means more infrastructure is needed and the lack of a comprehensive population policy and planning for the numbers is the root cause of the problems today.

If we don’t want migrants, fine.

The only alternative to that however is to ensure we are producing the right sets of skills we need locally. We are not, and have never done so. How do you force a kid to become an Electrician or a Teacher or a Brain Surgeon if they want to be a Lawyer or Tattoo Artist or Software Developer?

Migrants only get residence because we are creating jobs we simply cannot fill ourselves. Deny them the possibility of residence and a long term future, and for the majority, they will go elsewhere. For those who might be inclined to let out a rip roaring ‘hurrah’, consider how you might feel when you have no one to teach your kids at their school or a plumber to fix your burst water pipe, or Brain Surgeon to remove your tumour…remember you wanted fewer migrants so please don’t whine about it.

There is a big problem to fix with the Skilled Migrant Category and right now all we are seeing is the can being kicked down the road through longer allocation and processing times — no doubt in my mind to keep immigration as far away from the election campaign as possible. It won’t work.

Whatever they do or don’t do, the pressure is building on Government with every passing week. The lack of policy or even foresight on this issue by this Government is incredibly disappointing — they had nine years in opposition to come up with some (costed) plans. They spend a whole lot of time talking and ‘virtue signaling’ but very little time actually doing anything, because I strongly suspect they are clueless when it comes to solutions.

And given how hard they campaigned that we had too many migrants, they are now lying on a bed of nails that they hammered into place.

Going to be an interesting year. 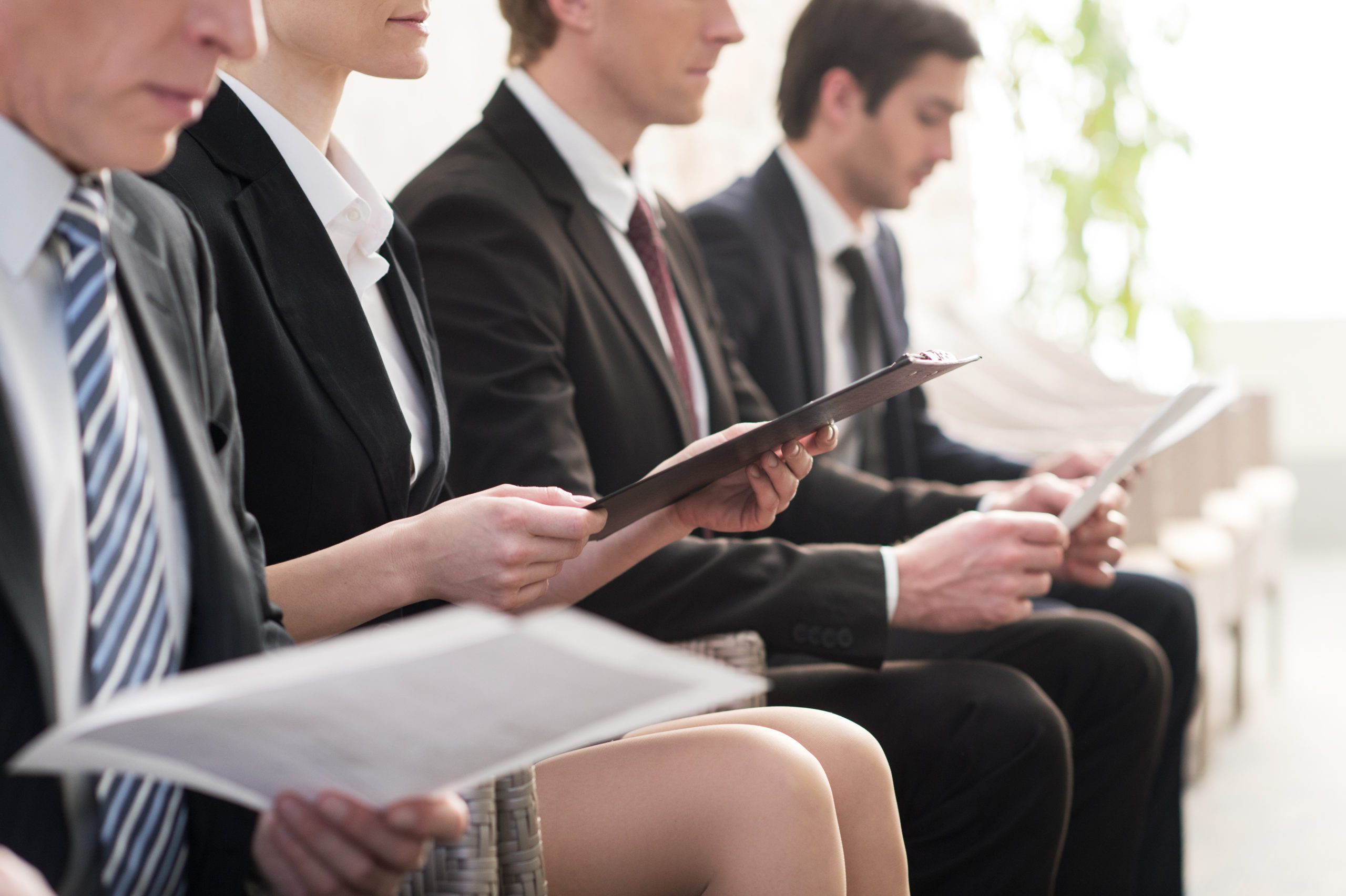