A Week with the Accidental Migrant

I recently caught up with the accidental immigrant, my business partner Iain MacLeod in Noosa as it had been about four years since we last caught up in person. He became the accidental immigrant when his country (New Zealand) closed borders whilst he was visiting his son in Brisbane and the other came for the ride. Faced with the prospect of living in rental accommodation for an indeterminate period of time, Iain embraced the situation and took the opportunity to purchase property in Noosa and intends dividing his time between New Zealand and Australia enjoying the best of both countries. Holding a New Zealand passport entitles him to do so.

As New Zealand is opening its borders he will be going back to New Zealand next Friday for a few months to catch up with friends, family two cats and work colleagues.

Of course I wanted to catch up with Iain to talk business strategy but mainly to play golf and compare notes on favourite wines. I was very curious as to why he had decided to purchase a unit in Noosa and why so many of our clients are choosing Queensland as a migration destination. It’s a destination that seems to resonate with so many of our clients from South Africa (in particular Durban), Singapore and Hong Kong.

Many people from Asia have visited Queensland but for many South Africans the cost and distance have prevented them from visiting Australia in the past and they are choosing to migrate to Australia based upon what they have read online and advice from friends and family members i.e sight unseen. For those South Africans that haven’t visited Noosa (which is part of the Sunshine Coast) it’s like Ballito/Umhlanga on steroids.

There are two types of visas that are popular with those overseas that don’t require offers of employment in Australia but do require sponsorship from a State Government. They are the subclass 190 visa and the subclass 491 visa.

The former is an unconditional permanent resident visa that is not a regional visa. In other words it allows you to live and work anywhere in Australia. The subclass 491 visa is a provisional visa that requires you to live and work in regional Australia (outside of Metropolitan Melbourne, Sydney and Brisbane) for a period of three years before you can qualify for permanent residence and live anywhere in Australia.

There are a number of factors that dictate whether you will receive the subclass 190 or 491 visa such as your points score but also whether the state government is choosing to sponsor your occupation for either category. Sometimes a state government will only offer a 491 sponsorship as part of their program for particular occupations.

Many migrants are wary of the subclass 491 visa. Unfairly so because it’s a visa that gives you and your spouse full work rights, you will receive Medicare (state funded healthcare) and your children can go to schools without incurring international student fees. It’s also not a risky visa because it’s quite easy to progress from the 491 visa to permanent residence under the 191 visa. It is only restrictive on where you can work and live in Australia until such time you have your Permanent Residence approved.

Given the vast choice of places that one can live in regional Australia, I don’t think that this is tough policy, particularly since experiencing the type of lifestyle that my business partner and his family enjoy in Noosa (regional Australia). It’s the kind of place that you could be living in on a 491 visa. Fantastic beaches, friendly people, great climate and perhaps more importantly employment opportunities.

I’ve often thought that migrants will migrate to areas where there are jobs and because of the profound skill shortages that Australia is experiencing skill shortages exist in large numbers on a national level. Due to the internal migration to regional areas by city dwelling Australians choosing to migrate from metropolitan areas to regional areas, regional migration has enjoyed greater economic growth than metropolitan Australia over the past two years. You only have to use property prices as an indicator. Noosa experienced 31% increase in property prices over the past 12 months whereas Melbourne experienced a 17% growth.

The reason for the growth in regional Australia is because Australians are seeing the same benefits that Iain saw, lifestyle and the ability to work remotely. Notwithstanding increased property prices in regional Australia they are still a “bargain” compared to what you will pay in Brisbane, Melbourne and Sydney.

There are many attractive economic hubs in regional areas that offer great lifestyle opportunities in Australia, and any list that I produce risks leaving off gems, but a few notables would be Perth, Adelaide, Hobart, Canberra, Newcastle, Geelong and the Gold Coast. I only selected cities and towns with sizeable populations to give an indication that there is a significant amount of economic activity and jobs in regional Australia. But with an enormous amount of coastline that is in regional Australia, it would be easy to join 80% of Australians living near a beach.

The 491 visa comes with an 8579 condition namely while you are in Australia, you must live, study and work in an area that is a designated regional area, but with so many employers in Australia offering the option of working remotely what does this mean in practice.

The condition does not prevent you from engaging in “incidental activities” in a Metropolitan area and these can include holidays, work-related travel and work-related training.

Extended absences from regional areas will cause problems and can result in a breach of your visa. Typically these would include instances where you are spending more than 90 days per year in Metropolitan Australia, 60 continuous days in a Metropolitan area or there is a pattern of extended and/or frequent absences that are indicative of employment in metropolitan Australia.

The physical location of the person’s employer is not conclusive. For example, the employer could be based in a metropolitan area of Australia, or overseas, but be operating in a regional area through a local office or branch. If the visa holder is working in the local office located in regional Australia that’s okay but if you are living in Noosa (regional) whilst working remotely for a bank situated in Brisbane (metropolitan) that would be in breach of the condition 8579.

It’s obvious that legislation hasn’t kept pace with the changes that have occurred post Covid because these days you could quite easily be living in regional Australia and working remotely for an employer-based in Metropolitan Australia with periodic visits to their office. I would submit that this satisfies the intent of policy by encouraging migrants to live in regional Australia but would be contrary to the terms of the 8579 condition.

On a personal note it was great to catch up with my business partner after so many years and heartwarming to see how well Iain and his family had settled into their adoptive country to such an extent I found myself thinking “what if?”.

I had to be quite circumspect when the staff in the Melbourne office asked me what it was like :-). 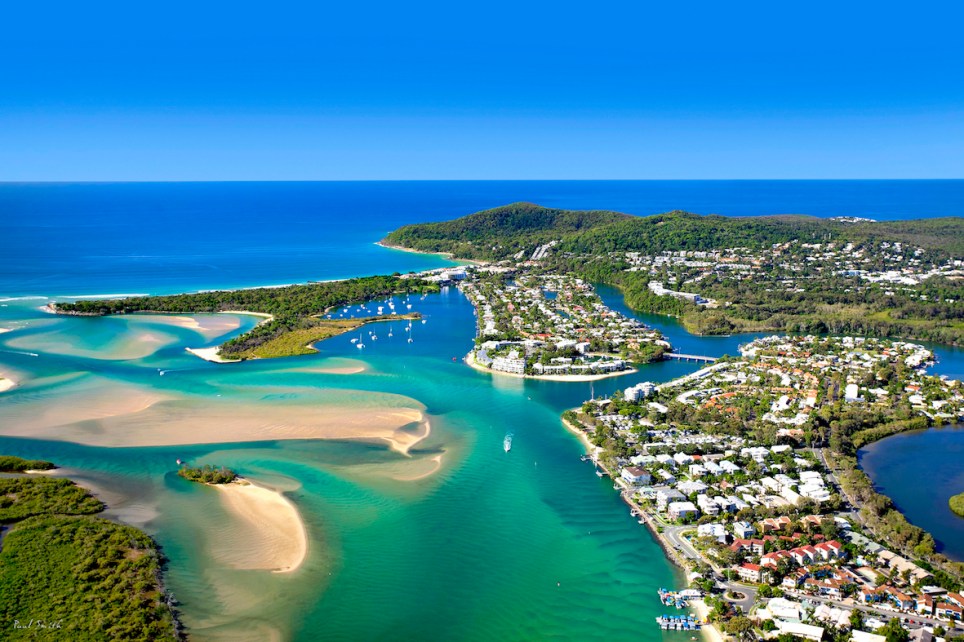