Writing these weekly blogs is a delicate balancing act between informing over matters relating to visas and migration, hopefully with a bit of explanation into the whys and wherefores, and frightening people who might start to wonder if they are moving from or to a disorganised third world county.

I can assure you New Zealand is overwhelmingly ‘first’ world but right now the Immigration Department is operating like something from the DRC (which might be an insult to the Democratic Republic of the Congo). It isn’t corrupt but it is not functioning well. Much of that is self-inflicted but some of the blame must be directed squarely at the Minister of Immigration and his parliamentary colleagues.

On the positive side visitor visas are once again slowly being processed which is great news and we seem to be seeing more of these taking around 4-5 weeks to get through the system.

Work Visas are largely back to historical processing time norms and for most of our clients coming through in around a month for clients without health issues or any other complications.

ARTICLE UPDATED Saturday 22 February – INZ has just released advice confirming they are moving officers who process Essential skills Work Visas to process visitor visas – they are warning now of significant delays processing work visas. Allocation times on these which have been ten days to 6 weeks.

The problem continues to be resident visa processing. With every passing week the visa allocation queue gets longer and longer and longer. The greater issue now is the Government’s delay in publishing its residence programme (quotas) that was meant to be published at the latest in December last year with a start in January 2020.

All the while the Government continues to spend millions (around $11 million a year to be precise) every year marketing and encouraging skilled migrants to join that queue. Say what? You encourage them to come and find jobs, you invite them to file and pay thousands of dollars for a resident visa application and you don’t have any residence programme in place? If I did anything like that I’d lose my license, my business and I imagine I’d be facing fraud charges. It is more than a little disturbing that in all their glossy advertising they don’t warn their ‘customers’ what is happening (or more to the point, not happening). More than a little dishonest, actually.

I am not saying that those that have applied will be declined, only that we cannot tell them when they are going to be approved.

All the while, INZ continues its 30% staff churn every year, meaning as fast as they develop some institutional knowledge of policy, which should lead to higher productivity, faster and better decisions…people leave. The department continues to be undermined by the good people leaving and the deadwood hanging around.

My senior colleague Paul was bemoaning the fact that on Wednesday this week he was having five pretty inane yet critical conversations with five different immigration officers about visa rules that are plain and simple to understand if you’ve been doing this as long as he has, but which the officers not only did not understand, but when it was explained how they were misinterpreting or misunderstanding the rule in question, they ran off to their line supervisors who circled the wagons around them and defended them (God knows how) and the line managers above both, then joined the defensive lines.

I’m all for a united front when it is justified, but when the rules clearly require a particular type of evidence and these officers insist on something different, despite history and precedent (if not common sense) supporting our interpretation, it is embarrassing for the department and by extension, the country. Yet no one ever blushes. Managers generally won’t intervene in applications (they probably call it ‘empowerment’, I call it abdication of professional responsibility) and they let the junior and inexperienced staff get on with ruining lives.

The Department might be staffed and managed by people that as a colleague snidely suggested after this weeks antics, ‘I wouldn’t let manage my Big Mac Order’ but they are not entirely to blame.

While the Department in my experience has weak leadership, the Minister of Immigration and the current Government has an awful lot to answer for. With every passing month they continue to demonstrate they are clueless.

The Government was supposed to announce their residence programme last year for the 18 months from January 2020. That programme confirms how many resident visas they intend dishing out over the following 18 months. The target was 60,000 in the 18 months ending December 2019 under all categories. Previous Governments released their programme before the end of the current programme. The current one is now two months overdue.

Without a programme INZ cannot approve too many resident visas. The Government will at some point soon get around to releasing the programme quota or targets but in the meantime, they are keeping everyone, including INZ, guessing.

Therefore INZ is restricting themselves to only giving priority processing to those skilled migrants earning a high salary ($104,000, about to become $106,000) or those with NZ occupational registration. I still cannot fathom why they believe those applicants are better ‘value’ for New Zealand and more worthy of priority than the rest of the applicants who paid the same fee. Everyone who is non priority as I have previously written about is being told to suck it up and wait, no matter the uncertainty, inconvenience, cost and frustration that is causing them.

One presumes the Government will come up with a number but in the meantime no ‘non priority’ resident visa application receipted after 11 December 2018 has or will be allocated until INZ knows what their target/quota is.

I am certain that the upcoming election in September is dictating the thinking inside the halls of power. Having promised to cut skilled migrant numbers and doing it when they took power in 2017; having abandoned the promise to build us 100,000 houses over their first ten years in power (not least because of skills shortages), recently over turning their own 2017 cancellation of over $8 billion worth of much needed infrastructure projects of road, rail, hospitals and schools, they now find themselves in a visa numbers pickle.

To deliver on these new infrastructure projects, to keep Auckland employers happy and the country growing, they need more, not fewer, skilled migrants. But they promised the cut and I cannot see them backing down on it. There’s only so many back downs and u-turns you get away with before the voters realise they voted in a bunch of wallies.

So things continue in processing limbo for the vast majority of skilled migrants.

I am increasingly recommending Australia over New Zealand (those that know me know how much that hurts!). The problem with Australia these days is not so much processing delays (they too cut their numbers which has led to faster processing times) but they are increasingly only issuing five year ‘work to resident visas’. That doesn’t suit a lot of people looking for certainty in troubled times particularly in South Africa and Hong Kong.

I just wish politicians might appreciate immigration isn’t ideological, it is driven by labour market reality. If employers cannot secure the skills they need on a long term basis they will not grow – in fact with an ageing population, businesses will shrink. Surely it a non-partisan issue? We either need Teachers, Engineers, Solutions Architects, Nurses, Carpenters and Welders among others or we do not.

If we continue to not encourage (force if they want subsidised tertiary study?) our own young people into courses the labour market wants (enough lawyers, already!), we will continue to need to supplement our work force with foreign talent. If we restrict those foreigners with the skills we desperately need because we are creating so many jobs, to a few years on a work visas, most won’t come.

These delays for those applicants in the system already has more than an emotional impact. Even if no one in Government gives a toss about the migrants, I am hoping they give a damn about the employers of New Zealand, the tax take and all the New Zealand jobs at risk if businesses have to start thinking about downsizing or not taking on that additional export order because they cannot offer certainty to the migrant they need to complete their labour force planning.

This numbers question will pass (the fools inside INZ will remain) and a degree of certainty will return, but right now it has never been as bad as it is currently trying to help people make decisions and plans.

I can just imagine the Government announcing an unchanged quota or even a reduced one and with a straight face tell us all that the decision was not based on internal squabbling between the Labour Party and the tiny but powerful anti immigrant NZ First party (to whom the Labour Party must daily grovel to stay in power) but something like ‘the economic fundamentals of New Zealand remain strong but the external economic environment is becoming less certain, creating short term challenges for local businesses caused by the coronavirus and head winds in our export markets, suggesting to the coalition government that it is appropriate to take a cautious approach to the numbers of visas we approve.’

And the Minister or the Prime Minister will say, ‘We think on balance we have the numbers about right’. 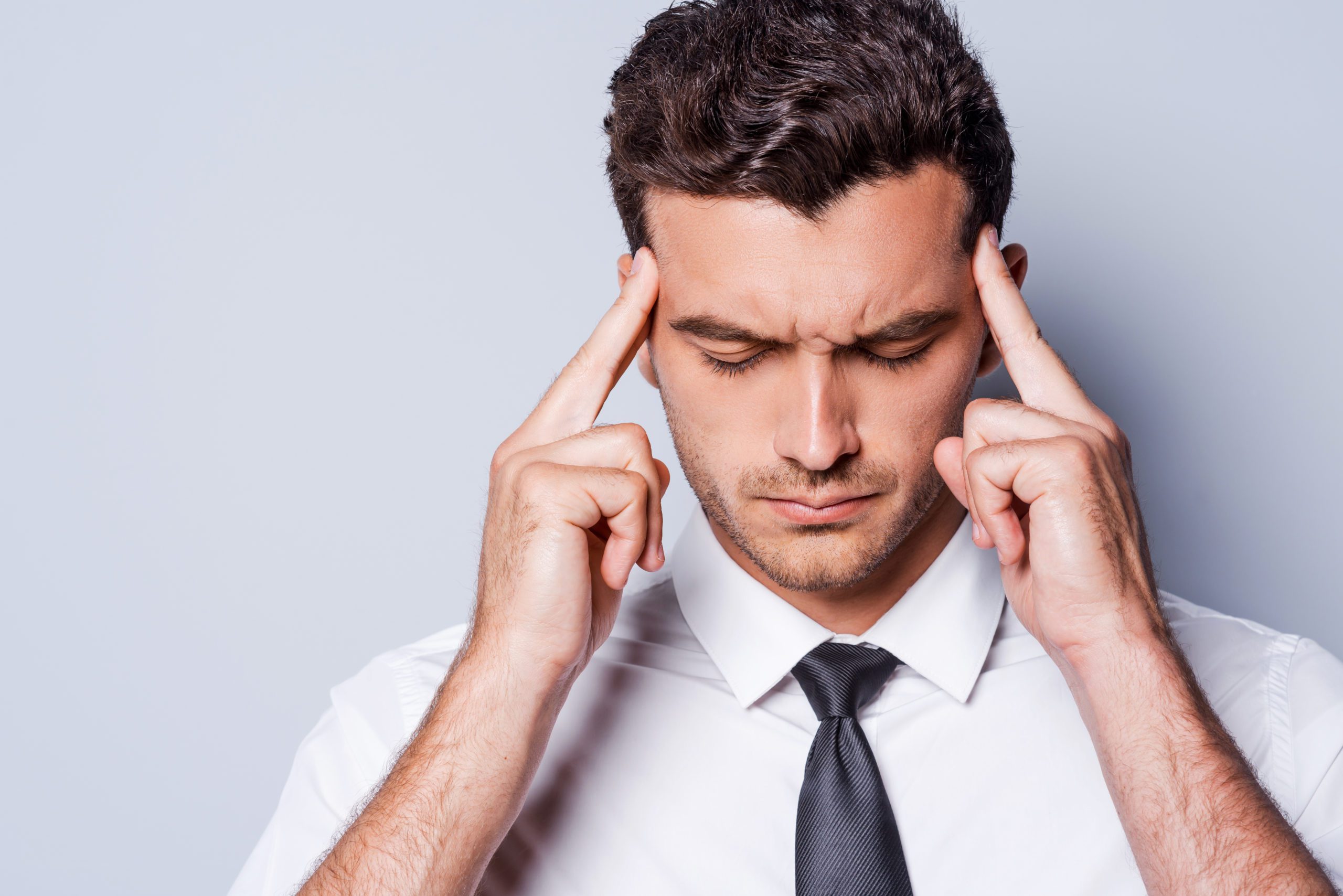