Two Brothers – The Rand And The New Zealand Dollar

he greatest fear of most South Africans leaving behind an increasingly beleaguered economy and job insecurity is how they might fair financially when they get to New Zealand. They fret that they might be jumping out of a financial frying pan and into a fiscal fire.

This tale of two currencies, two economies and two brothers tends to suggest that sucking up any short term exchange rate pain can lead to long term gain if you only have the courage to brave the immigration waters.

I know the brothers that feature in this article so have not used their real names to protect their privacy.

Around 15 years ago, Peter, then aged around 50, moved to New Zealand with his School Teacher wife and two teenage sons from Durban. We processed their application under the skilled migrant category and they moved to NZ around 2003. He was a Manager of a small business with around 10 staff in South Africa. I don’t know what he was earning, but I think it likely it was not significant, and he was earning enough that with his wife also working they were living comfortably but certainly not extravagantly. His School Teacher wife would have been similarly modestly remuneration given how poorly teachers are paid in South Africa. They lived a fairly ‘average’ middle socio-economic existence in Durban North.

The second brother, Paul, was a few years older, lived up the road, worked in the same business, was also married and had two children of similar age to Peter. Today both Paul and his wife continue to work fulltime, and I imagine earned back in the early 2000s a very similar income to Peter.

On paper then, in 2003 they were likely in a very similar financial position.

Fast forward to 2018. Peter and his wife recently hit the retirement age of 65. They had in the time they had been in Auckland bought and paid off a home, supported their two children through university and managed to help take care of the wife’s mother (insofar as the NZ state did not after she too moved to NZ).

The couple recently sold their Auckland home, purchased another home in Mount Maunganui (adjacent to Tauranga in the Bay of Plenty) and given one of the sons had secured lucrative employment and settled with his family in Queensland, they recently purchased a second home near them. Their NZ pension pays out $630 per week (after tax) and they have decided to spend ‘winter’ in Queensland and summer in New Zealand. The wife has said as and when she requires or fancies it, she will top that pension up by doing relief teaching in Australia and New Zealand which is very lucrative. Peter has said he will do some Uber driving work to give him some extra pocket money to supplement the couple’s pension.

Meanwhile, back in South Africa, although he is a few years older than his younger brother Paul continues to work in the family business, not I suspect because he wishes to, but because he has to. These folks rarely go on holiday and are it seems part of the new struggling white minority (not that whites have a monopoly on struggling in South Africa).

In New Zealand, Teachers earn well when compared to their South African counterparts. A Bachelor of Education qualified teacher with 8 years’ experience can expect to earn around NZ$72,000 which is around R650,000. Those with additional responsibilities can earn another $20,000 per year. I might add the wife in this story was probably earning over her 15 years somewhere between $55,000 and $60,000 per year before tax given teachers in the public sector (over 95%) are paid better today than they were when she arrived in NZ. Her husband would have been earning something around $70,000-$75,000 gross per annum I suspect for the majority of the 15 years.

How is all this possible?

While you cannot exclude the massive increase in house values in Auckland over that 15 years it goes beyond that because Durban house prices have also increased in value in the areas these two brothers lived, although to be fair, not to the same extent as Auckland.

As we go to great lengths to explain to prospective migrants, New Zealand provides almost all public and social services out of the taxes paid by the citizenry. Taxes are not high by developed world standards and interest rates are about 60% lower than they are in South Africa. With ‘only’ 4.7 million people it can be done. It is a hard concept for middle class South Africans to get their heads around given they pay high taxes and then have to pay for healthcare, education, retirement and other social services on top. Their Government bleeds them dry. In New Zealand someone earning the minimum wage of $38,000 per annum (which is a pittance) is topped up by Government to $60,000 (that’s R550,000).

In NZ, around 95% of education costs are covered by the state, no child is charged for Doctors visits until they are 14 (planned to become 18), nor for Dental care (but not orthodontics which is very costly) till they are 18 and we don’t pay through the nose for security services to keep us safe. The first year of university is now ‘free’ and subsequent years continue to receive a 75% subsidy (or put another way, one’s taxes have already paid for it or others are subsidising your children’s study might be a better way of putting it).

You don’t even have to save for your retirement as the state pension is paid out at 65 irrespective of your wealth i.e. there is no means testing. It is always my suggestion that migrants should put something aside in a private fund for their retirement given this too is boosted by ‘free’ government money (taxes). You get both when you retire. If you are bond (mortgage) free at 65 you have a good shot at a dignified retirement especially if you sell up and move out of Auckland. If you saved some extra, you’ll enjoy a quality of life and standard of living those you left behind in South Africa cannot imagine.

I suggest that those of you reading this who are married, mortgaged, middle class with two children (our ‘every client’) and who are asking yourselves whether you’ll be better off financially in New Zealand rather than staying in South Africa should take note of this story. The rand has depreciated by so much in the 26 years I have been travelling there that increasingly there are those that are currency prisoners and simply cannot afford to leave. They are trapped. It is hard to see it ever recovering to the parity it once enjoyed with the NZ dollar back in the early 1990s.

I am often asked to write a piece about the cost of living in NZ but that’s just too hard because of the different lifestyles people are used to, their expectations and of course where they live. I do hope though that this piece offers some insight to you about the diverging paths of two economies, two currencies and two brothers. 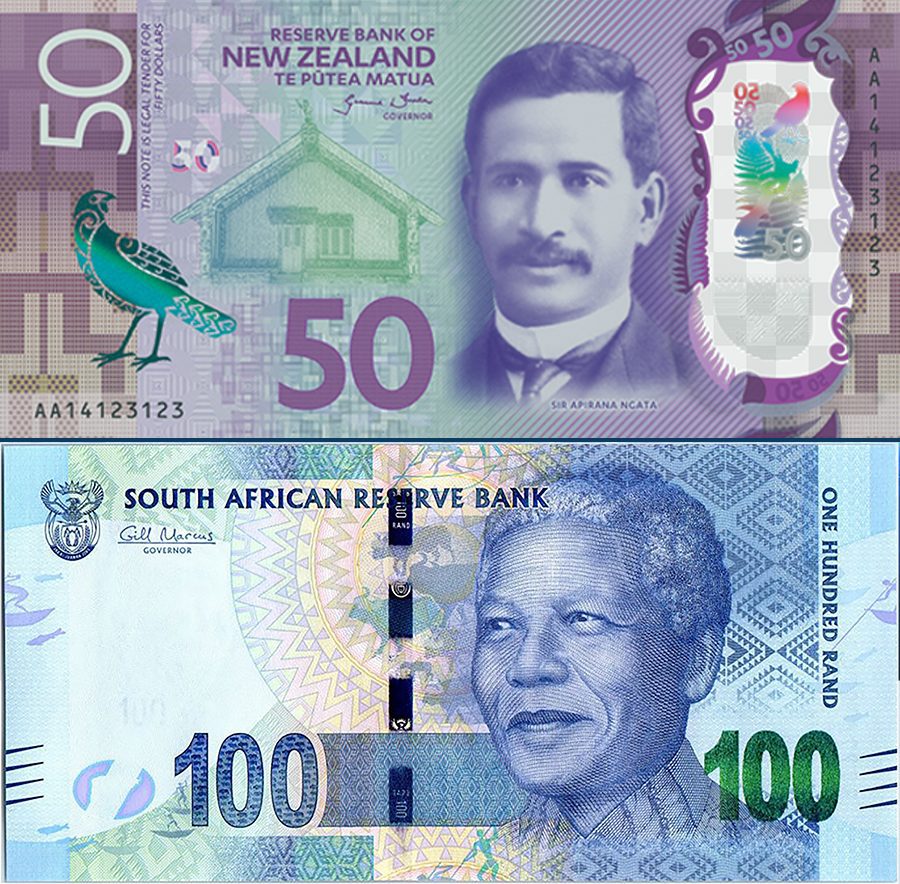