It is high time New Zealand had a population policy.

As touched on last week immigration policy seems to reflect political cycles – short term thinking and no long term plan. Say what you like about China and Singapore but at least they have long term plans even if you don’t agree with them. They do have population policies and yes Singapore’s is daft given the size of the place but all credit to them for trying to address low population growth and a rapidly ageing population.

In New Zealand our thinking on population is limited to immigration policy and filling immediate skills gaps in the labour market which is a partial solution but the bigger story is surely what sort of future do we want? What sort of country do we want to live in? How many people do we want to share this beautiful land with?

Let’s not kid ourselves – even in tolerant, welcoming New Zealand there still lies in many hearts a fear of being ‘overrun’ by this bunch or that if we increase migration levels.

The stark reality is New Zealanders are getting older and relatively quickly. Like all developed (and many developing) nations our low birth rate has created this rapidly ageing population. The overall population is growing through migration and natural increase. Net migration this year is running at a ten year high yet still only represents an overall gain of 0.7% of the population. Around 38,000 more people have moved here in the past 12 months than left. An important sidebar is this has NOT been caused by more foreigners being allowed in through the permanent residence programme but through fewer New Zealanders leaving, more New Zealanders returning from Australia and elsewhere and more Australians (they can just walk in….) moving to New Zealand. This can just as easily turn into a net migration loss as this number is dictated not by population policy but by the fickle winds of local, Australian (common labour market border) and global economic conditions.

One thing is certain – New Zealand will look quite different in 50 years than it does today. What we have is no national plan to control how.

It is quite incredible to me that we have no population policy in New Zealand. We seem to have a policy on everything else.

After my recent trip to France and Spain and my regular trips to South East Asia I realise that one thing we have no shortage of in New Zealand is space. And no shortage of highly skilled, financially secure and motivated migrants who would like to share it with us.

I suggest a New Zealand where we double the population to perhaps 10 million people over a twenty year period.

Imagine the challenge. Imagine the planning – infrastructure, schools, hospitals, houses, public transport, roads and so on. Imagine the immigration policy we would have to have – the skills mix would be radically different to what we have now and would change over time. Imagine the communities and economic opportunities we would create for locals and new arrivals.

Where would the people come from? I fear this would spark the biggest debate.

I touched on the rapidly changing face of Auckland last week and there is little doubt that Auckland leads on social and racial tolerance and integration of migrants. Not that the other major cities are too far behind but they have some way to go to become as international, outward looking and welcoming as my home town if my clients are to be believed. In two generations Auckland has gone from being mono-cultural with few migrants to a city where today over 600,000 of our 1.5 million were not born in New Zealand and we are far culturally and economically richer for it in my view.

Locals are not being displaced from jobs despite what some might try and argue. I am not eating dog with chopsticks. I am not learning to speak Russian. I do however work in a city where when I step outside my office I hear a multitude of languages around me and can eat at different restaurant every night serving food from virtually every corner of the planet. My children have grown up with a circle of friends whose parents come from many different countries but who all think Richie McCaw is a living God, there is no sport but rugby, cricket is king in summer, who speak English like they do and who are connected to the world through social media.

New Zealand is many things but one thing it is not is crowded. We have a country that is the size of Great Britain (which has 63 million people), Italy (60 million) and Japan (128 million – gulp…) yet we have only 4.5 million people.

That surely has its advantages that I would be the first to want to protect.

Our air is clear, the streets are clean, our beaches, once out of the city, tend to be lonely private places where you and the family have plenty of room to spread out and kick a football, where the fish are plentiful, the sea free of rubbish and pollution and within our cities we have, and could retain or even grow, plenty of open spaces – city parks, playgrounds for our children, skate parks and the like. Within thirty minutes drive of most cities we are blessed with islands, regional and national parks with pristine beaches, mountain ranges, rivers, forests and virtual deserts and of course farmlands. In the middle of Paris I saw few children outside playing and those I did I wondered how often their feet ever actually touched grass. It is the same in places like Singapore, Jakarta, London and Hong Kong and mega city after mega city. I pity them.

We could so easily fit in, if we thought it through, another 500,000 people a year for twenty years if we planned for it and built the infrastructure.

Our cities need not grow out and take up valuable farmland.

I loved Paris for its seven stories policy on so much of their central city buildings. How inspired of the town planners of three centuries ago to lay out a city where no building could be higher than seven stories and contain a mix of residential and commercial activities (pity they couldn’t inculcate a feeling of responsibility to clean up after one’s dog has poohed on the footpath). It means communities support local business and local businesses serve these residential communities. One feels part of a community, not trapped or isolated in dark urban canyons as in so many large cities. It is embracing and welcoming.

Likewise Barcelona (what a city) with its five stories building policy, its wide boulevards, tree lined streets, mad but cheap taxis and excellent public transport. And their population is virtually the same as Auckland’s – which sprawls endlessly and is generally poorly served by public transport (lack of population density to make it worthwhile). Spain might be broke but you cannot knock the vision of their town planners of two hundred years ago. If I could offer the Spaniards a wee bit of advice – get up a bit earlier and work a bit harder (the Spanish seem to have an even more laid back attitude to life than New Zealanders…) in order to keep paying for it all.

In Auckland we are still bickering about whether to keep our (already huge in area) city growing out or up.

I go home more convinced than ever that medium density along the height lines of Paris and Barcelona are the perfect urban design. Not too tall but tall enough to increase density without really compromising communities. Auckland’s plan to grow these medium density apartment blocks along main transport routes is a no brainer. It will enhance the city, not detract from it. It is interesting this is the approach being taken by those rebuilding downtown Christchurch.

All we need now is more people.

Ten thousand a week is a big number but if you could encourage these to be spread across Auckland, Hamilton, Tauranga, Wellington, Christchurch and Dunedin you’d be talking about, in rough terms 2000 people a week in each city and that suggests, if we selected migrants as we do now who tend to only have 2 children, about 500 families a week into each of these cities (and that is assuming they’d all want to live in one of those cities which many of course wouldn’t). I am not quite sure how you’d be able to force people to settle in particular cities – housing and tax incentives to businesses and home owners to settle outside of Auckland?

Break down the numbers and suddenly it is far easier to imagine doing.

I’d suggest that we decide how many people we want and work back from there. It would be the greatest undertaking in the history of New Zealand. It would be a chance to create within our major cities what the great European cities created two hundred years ago. A country that would eliminate once and for all the tyranny of being so far away from so many major export markets. A bigger and stronger domestic market would be created in a generation. Think of the opportunities without needing to compromise the lifestyle.

I don’t believe we would need significantly more land to be taken up to do it – the cities just need to be built a bit higher. Not high rise. Not ghettos in the sky. Modern. Mixed use. Medium density.

Already my suburban Mount Eden Street is being flagged for this sort of building density in the Unitary Plan. What I understand but disappoints me is how so many in the neighbourhood are against it. It will destroy the social fabric they cry (even though they probably don’t know more than two of their neighbours). You can’t tear down those beautiful old Victorian villas (they don’t seem to mind cross leasing their back yards and plonking some architecturally bereft modern three bedroom house on the back lawn – so much for quarter acre paradise and preserving a way of life…). I cannot wait. I’ll be the first to want to develop our property into a four storied apartment complex.

I confess it has taken me many years to reach this conclusion about what sort of New Zealand I want and strangely it is not because of the day job. For those who think you cannot have medium density housing but feel like you are still part of a community go and visit Barcelona. Cafes, bars, dry cleaning businesses, florists, schools and kindergartens all sit comfortably alongside one another. If anything it creates community.

We can preserve our parks and playgrounds – these can all be planned for. In fact we can learn from the mistakes of the European cities I have seen and expand on our open, public spaces.

We are not short of land. We are perhaps short on energy, enthusiasm, vision and political will. We are short of a population plan. Nothing can happen in a vacuum and we need politicians who recognise the importance of a long term plan in a country where the population is greying but we have so much to offer so many and the chance to build a truly international and integrated society. 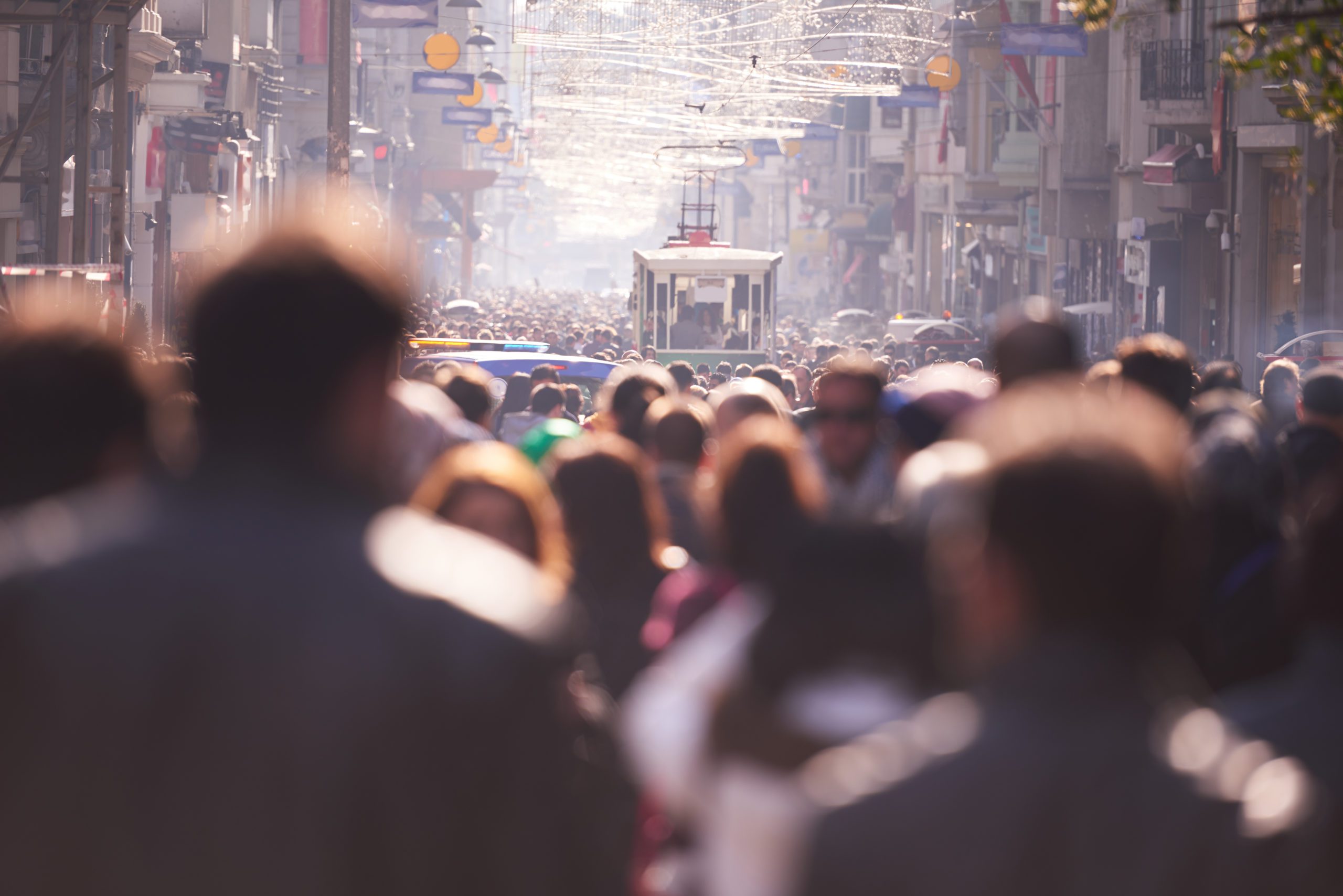