Time Is Every Migrants Enemy

At every consultation I have I remind people that the strategy we offer is based on a snapshot of their future eligibility for NZ or Australia. This is because there are so many steps and applications to third parties, English exams, skills assessments, qualification assessments, finding jobs and so on before anyone can file a visa. I warn those looking to make the move that every day they delay executing the strategy we offer, is another day for the Government to change the visa rules or things to change. I am sure more than a few think this is cynical sales talk. It has never been so.

Well, this week is the best example of that very good, non ‘sales’ related advice, I can think of!

Last night the NZ Government announced they were closing the border from midnight. This applies to everyone except NZ citizens or (permanent) resident visa holders and on a ‘case by case basis’ some temporary visa holders whose partner or parent (if the visa holder is a dependent child) is in NZ on a temporary work or student visa (note, not visitor visa) and whose partner or parent is currently in New Zealand. Although the situation is rapidly evolving, INZ’s messaging and advice was predictably muddled and confusing.

I have to presume that this border closure for NZ and Australia will be in place for at least a month, but I am picking it is more likely to be 12 weeks at least, as it will take that long to work this virus out of our systems. That is pure speculation on my part based on watching China, Hong Kong and Singapore deal, pretty effectively, with the virus.

I expect more restrictions on movement and gatherings will be put in place locally in NZ (and I expect, Australia).

Last week ‘self isolation’, ‘social distancing’ and ‘flattening the curve’ were all new terms for me, now it is as if they have been part of my vocabulary forever!

My wife, Karina, son Tom and I arrived back in New Zealand on Monday night from South Africa to mandatory 14 day self isolation. I left my colleague Paul behind in South Africa to do a series of seminars starting Monday evening.

We are cutting short his trip and he is flying home today, while we have the chance to get him on a flight. I don’t think it will be long before all airlines are grounded except for vital trade/cargo routes. And even then only with Government support.

On Sunday night the South African President decided, belatedly in my view, it was time to address his nation on the imminent threat of Covid-19 and the measures being put in place to deal with the coronavirus, including banning meetings of 100 people or more. I suspect the horse has already bolted.

I couldn’t believe how this time last week while I was in South Africa, Covid-19 seemed such a non issue while it was rapidly spreading around the world and had already arrived in SA. Given our seminars see between 300-400 people attending we scrambled to secure multiple nights at the venues we’d booked to present two or three seminars to smaller audiences.

Unfortunately, all the hotels and venues have decided to either close for the next 6 weeks or so or are limiting meetings to no more than 10 people. No use to us, that’s a knitting circle not an immigration seminar.

So Paul is heading home into self isolation.

Our Government has warned New Zealanders if they want to get home they need to leave wherever they are without any delay. As more and more airlines ground their fleets, it is definitely going to get harder to get to Australia or New Zealand over the next few weeks.

We have made a few key decisions this week:

I have been very reassured by the reaction of our clients, virtually all of whom are carrying on with the process of migration and looking beyond the border closures.

For those, particularly in South Africa, who might be worried about their employment prospects, particularly in New Zealand given you need jobs to get enough ‘points’ to get visas, can I add some words of relative comfort. I have been through a few financial crises now – the 1998 Asian Financial Crisis, the fallout from the New York terrorist attacks in 2001 and the GFC of 2009/2010. None were pleasant, yet almost all clients coming to the country were still able to secure jobs. Over the past two years the majority of clients have been taking between two and eight weeks to find employment, I imagine we will be looking at three to four months or so, as clients were back in the GFC of 2008 – 2011.

I don’t want to sugar coat what is happening however. This virus is going to tip New Zealand and Australia into instant recessions. Economists here believe that the fiscal stimulus should limit it to around a 1% contraction.

Governments of both countries have cut interest rates to virtually zero and significant fiscal stimulus packages have been announced. Earlier this week the NZ government announced $5 billion of wage subsidies and health spending to prepare for the inevitable uptick in patients needing hospitalisation, equipment and if they can find them, personnel. Wage subsidies are being put in place for 12 weeks to assist employers keep staff (if you take the subsidy you cannot lay anyone off).

The Minister of Finance advised the package, amounting to 4% of GDP, is ‘just the beginning’.

The advantage NZ has is we have very low levels of public debt which currently runs around 19.5% of GDP (Italy by comparison has debt levels of 134% of GDP, the US in the order of 105% and South Africa around 65%). Our government therefore has a lot of room to borrow big and borrow cheap to get us through the next 12-24 months.

I couldn’t find a single economist finding fault with their announcements on keeping the money flowing. The sharemarket has been pretty stable this week while carnage has been the order of the day on most international sharemarkets.

On Thursday the NZ Government also announced a $54 billion infrastructure spending package covering projects over the next ten years. I suspect they were going to wait for the May budget to announce this (we are in an election year) but they wanted to give certainty to the construction companies and others that big money will be flowing as we build roads, freeways, light and heavy rail and public transport.

I expect other ‘war time’ measures to be announced over the next couple of weeks.

If you are sitting wondering if you are about to jump out of a frying pan into a fire (particularly those of you in South Africa) allow me to offer you some perspective on the risks. South Africa, before the outbreak of Covid-19 a couple of weeks ago, had 30% unemployment, was in a recession, had an insecure energy supply leading to power black outs virtually every day of 2-4 hours, had an insolvent national airline, bankrupt municipalities and affirmative action policies meaning the first people to lose their jobs as the recession deepens, as it will, will likely be you.…

However bad South Africa has got in recent years, it is about to get worse by degrees.

How will South Africa be able to respond when, not if, the virus gets into the overcrowded and unsanitary townships when you already have a health system that in the best of times cannot provide care for the majority of South African citizens?

New Zealand has been creating thousands more jobs every month for two years than we have had people to fill them. We continue to not produce enough teachers, engineers, IT workers and many more. Demand will take a hit but we come off a base of such acute skills shortages, the demand will not dry up.

If you lose your job or fear losing your job in South Africa you will still be far more employable in New Zealand than in South Africa no matter what happens here. I have long liked the frying pan and fires analogy when it comes to leaving South Africa (understandably worried about job prospects) and many South Africans and other potential migrants have asked themselves if in search of a better future they are jumping out of a frying pan into a fire by considering migration at any time. My view on South Africa has long been, that you are actually already sitting in the fire, upon which fuel is about to be poured. Migration is always hard and it is about to get a lot harder. It won’t be comfortable for a while but you won’t burn in the fire either.

I was in Hong Kong a little over a month ago. The economy is tanking there the strict border control and isolation measures, including shutting down schools, but they have shown the world how to get on top of this virus. Singapore has achieved it slightly differently but no less effectively.

I am absolutely confident NZ will cope with this. And the border closure is part of that. Shutting down the economy for three months works. It’s incredibly painful and that pain awaits New Zealanders and Australians, but shutting down the border is really the only way of stopping more cases of those with the virus entering our countries.

In NZ, Australia, Hong Kong and Singapore these measures are by and large understood and accepted by almost everyone.

I am less confident about South Africa and if I had the chance to leave I’d be looking to do so, no matter how long our borders remain closed.

For those clients headed for Australia, short of any change in Government policy you are in a very good position. The process to get the visa is taking around a year to 15 months at the moment, you have the thick end of 12 months to get to Australia to activate the family’s visas once approved and you have at least another 12 months, if you headed home, to go back to Australia and settle – that’s a very enviable four year window which allows Australia plenty of time to right the economic ship which will be listing for a year or two like the rest of us.

Make no mistake, as someone who has seen a few recessions, the next few months will be brutal on all of us to a greater or lesser extent.

NZ has taken the first step in closing ourselves off from the world and although it is not good for the economy, it is the only thing to do. The US, Europe and every other nation on this planet need to do the same thing or this virus will linger and fester and destroy economies, and kill thousands more people. If we can take the hit, bear the pain and then rebuild, we will get through this.

I’d far rather take that hit in a first world, law abiding land of plentiful energy and food like New Zealand than anywhere else on this planet. 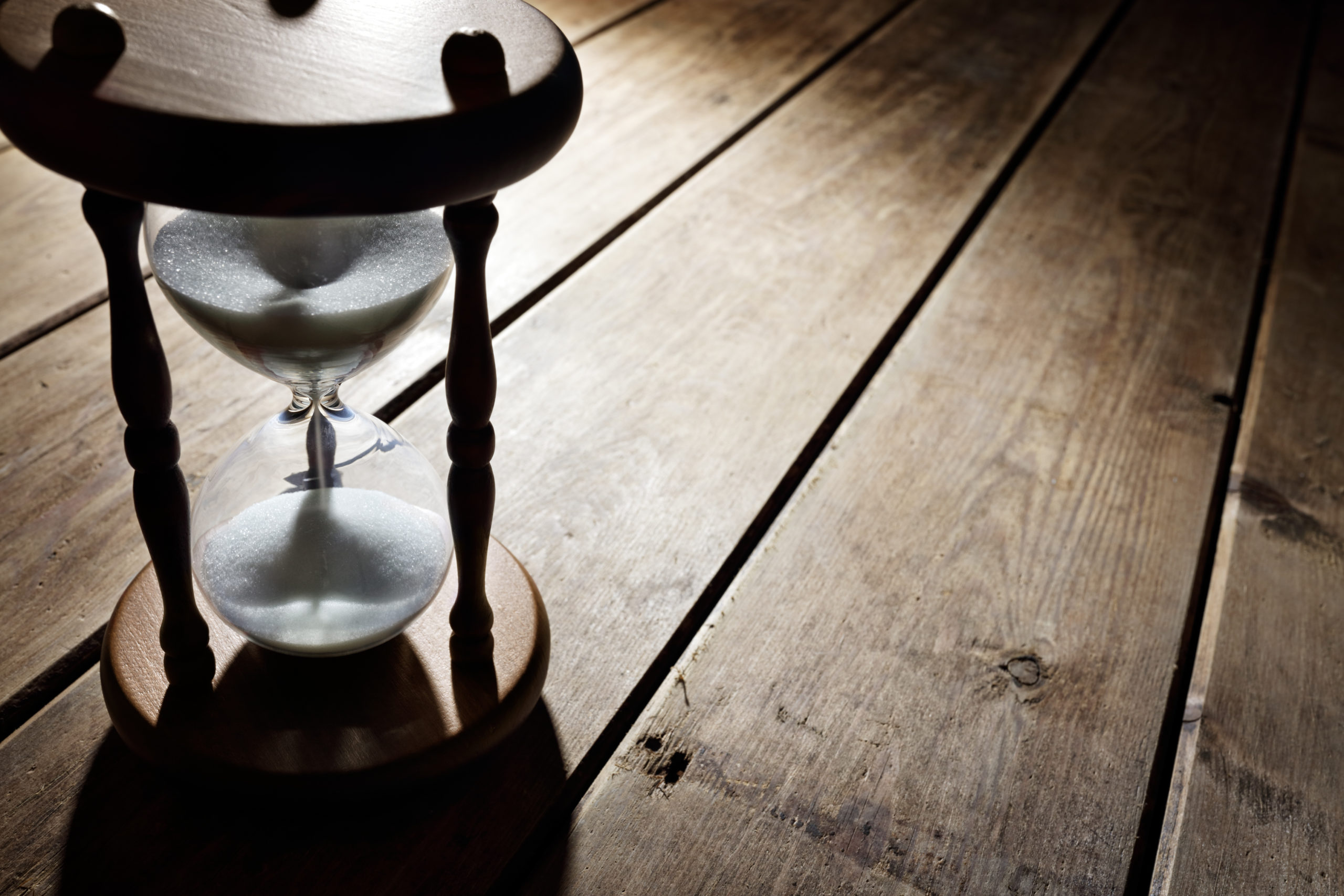