The Things We Kiwis Take For Granted

It really is so easy to take this country for granted.

I was reminded of this in two small ways recently.

A couple of weeks ago a client arrived from Indonesia to find employment in order to secure his family’s skilled migrant visa. I worry about all our clients to a greater or lesser extent given the enormity of the move, the challenges that await to meet our Government’s strict entry criteria and what needs to happen for it to be a success. I was surprised to receive an email from him the day following his arrival. It was a cool, wet spring day and I was sitting in my office hoping for a fine weekend. He was bubbling with excitement and enthusiasm.

What could make him so excited?

He sent his email to me to share his initial thoughts on what an amazing place Auckland is, how much he was loving it and in particular how impressed he was with the quality of the air.

I seldom stop to think how clean our air is even in the middle of our biggest city.

To a guy from Jakarta though who is used to air you can taste (common in so many parts of Asia) it was a huge point of difference and a big positive. His lungs were singing!

The other is elections in New Zealand.

As you might be aware we had national elections last weekend. They are such civilised affairs but go to the very heart of what it means to be a New Zealander.

About two weeks prior to polling day we all get, in the mail, what is called an ‘Easy vote’ card which is about the size of a credit card with our name and address but nothing else on it. No ID numbers (because we don’t have them in NZ), no photo, not even a date of birth – just a cardboard card.

My wife and I went down to our local polling station and handed over this card to the official handing out the voting papers.

He looked at the card, found my name on the electoral roll and crossed it off .

He asked me ‘Please confirm you are Iain MacLeod’.

‘Last time I checked’ I replied.

‘Okay that’s fine – you know how to cast your two votes?’ he asked.

‘Yes’ I replied, ‘I have had plenty of practice down the years’.

I disappeared behind my cardboard voting booth (everything here seems to be cardboard – including one might suggest a whole lot of our politicians) and cast my two votes.

It was simple as that to vote. The whole process took about three minutes.

I had to produce no ID to prove I was Iain MacLeod. I could have been anyone. But this is New Zealand where there is a high degree of trust between us all. One of my work colleagues is from the Philippines and this was his first chance to vote since arriving in New Zealand last year.

He thought the officials were having him on when he didn’t have to produce any ID. Knowing him he’d have stood there for a few seconds, stared at the official with that ‘You are kidding me right?’ look on his face he gets from time to time as he wonders if there is some cross cultural message being lost in the exchange. But no, he realised that was it. Coming from a country where you can buy a vote for a tray of Coke or a tin of sardines it was for him, both refreshing and spooky.

I confess I always come away from the polling booth here feeling like the most powerful man in the world. I really believe that my two votes (one for a local Member of parliament and one for the party I want to govern) are the most important of the 6.2 million that can be cast. (Remember there are 3.1 million eligible voters and we all get two votes each).

I had also been excited for my youngest son who turned 18 earlier this year and last Saturday was his first time being allowed to vote. There is always lots of political discussion in my house and I hoped he’d seize on his first chance to have a say in what kind of country he wanted to live in.

Being 18 and knowing everything he decided none of the 20 odd parties that were putting up representatives represented his values……so he decided not to vote.

It occurred to me about an hour before the polling booths closed that I could take his easy vote card, wander down to a different polling station to where I voted, confirm I was him when asked and cast a second vote. No ID remember? No date of birth on the card. Nothing but name and address.

I thought about this for about five seconds and felt terribly guilty the thought even occurred to me. I dismissed any thought of cheating even though it would have been simple to do (don’t mind the fact it is also illegal).

I just could never do it. To do so would be to break that sacred pact between me and the other 3,099,999 eligible voters who have just as much say in who runs this country as me. My vote is no more valuable than theirs.

I take that trust for granted as do almost all New Zealanders – there is no cheating here. We don’t need international monitors. No one contests the overall outcome (close electorate races can be challenged of course and recounts do occasionally take place) but no one ever accuses opponents of being cheats – because no body does. No sardines. No coke. No borrowing someone’s Easy Vote Card. No dipping of fingers in ink.

It is all very civilised and clean. 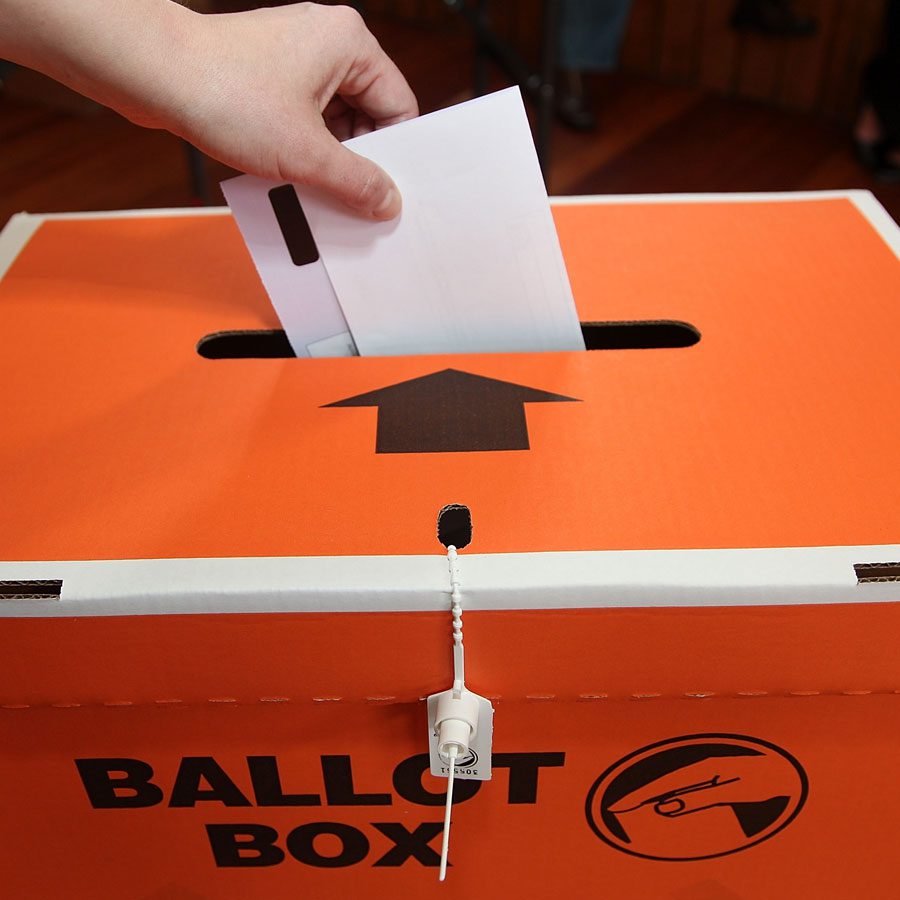