My apologies for the late Letter from New Zealand. I returned home earlier in the week from fourteen days of hectic consulting (dawn till dusk and beyond) in Singapore and Malaysia. Seriously shattered. It has taken a few days to recover.

I often counsel potential clients that the key to quick assimilation into our society is linguistic and cultural compatibility along with skills (or capital).

Cricket is part of our British ancestry. It is in our blood. Given I live about 15 minutes casual walk to the home of all that is great and good about New Zealand sport I wasn’t about to miss the first day. There is nothing like it.

Eden Park is the beating heart of New Zealand sport’s premier games – rugby and cricket. I have spent many a lazy summer afternoon there enjoying a quiet ale with friends and family watching, to my eyes anyway, the finest form of the game of cricket – the five day test.

I have also enjoyed many a booze filled day watching the New Zealand cricket team play the best in the world. In all forms of the game – T20s and one dayers. Light entertainment and fast moving – I consider it a fun day out but it is rather a hit and giggle situation – without the seriousness, commitment and skill of a test match.

Now, as the days grow shorter, summer holds on by a thread and the evenings close in earlier as autumn creeps up the country the Black Caps – ranked eighth in the world are battling the second ranked team in England.

Travelling with their small but highly vociferous band of supporters known as the Barmy Army (who are seeing what a real summer is all about) the game late on day two has New Zealand with their noses in front.

How to explain a game that takes five days to complete to a new migrant?

I did try describing it once to some Americans but I quickly realised I was wasting my time. Even talking about it as like a five day version of baseball on valium still didn’t work. Their eyes glazed over and I realised that you need to be the son or daughter of the British Empire to ‘get it’. And those Americans just weren’t part of the British Empire for long enough for the game to take root in their psyche.

This game has to be the sternest test of mental and physical strength. A game that swings from advantaging one side to another, that twists and turns under hot summer skies, where a single delivery can make or break a career. Nothing like it.

Of course to others it is as exciting as watching paint dry. But to them I say, Philistine to a man.

Many years ago when my sons were starting out playing cricket (about age 5) a very dear friend of mine from Durban said to me – great game cricket, it teaches them so much more than how to hit or bowl a ball – keep them involved for as long as you can.

Over the past twelve years most of my summer Saturdays were until very recently been spent standing down one end of a cricket pitch acting as one of two on field umpires for my two sons club and school cricket games. You never appreciate the cut and thrust of this game till you have had the chance to stand down one end watching your boys become young men learning their craft, developing their game and adding the lessons of the sports field to their personal development and world view.

As I so often said to my boys and those I also coached down the years – in cricket as in life. Which usually resulted in the rolling of eyes. Now that they are older, and unfortunately no longer playing, they are beginning to understand what I meant. The more you put in, the more you get out of it.

Nothing is tougher than cricket. It is the cruellest of games. And the prince of games. Ask any opening batsman.

But back to Eden Park. Since its redevelopment for the Rugby World Cup of 18 months ago the park has lost a lot of its intimacy for cricket. Something of a concrete jungle of huge towering stands (largely empty even during test matches) there are now in my view far nicer places to watch test cricket. Other cities of New Zealand have their own dedicated cricket venues which usually involve one or two medium sized stands to watch and then grass covered embankments, often framed by ancient Pohutukawa trees.

So while Eden Park has become more functional it has certainly become better for watching rugby than cricket.

Its days as a joint venue, shared with rugby, must surely one day end. Right now, money talks but it is odd given Auckland has over 1.5 million people who enjoy being outdoors thanks to our long balmy summers why we haven’t taken test cricket away from Eden Park to a venue more befitting what might be the last of the truly gentlemen’s games. I know a few years ago Auckland cricket was offered over $20 million to take the game elsewhere. Strangely they declined.

If as a recent arrival to New Zealand you haven’t been to Eden Park, go before this test match is over. Take the children. It’s part of our DNA and even if you don’t understand the game the beer always tastes great sitting in the warm late summer sun. 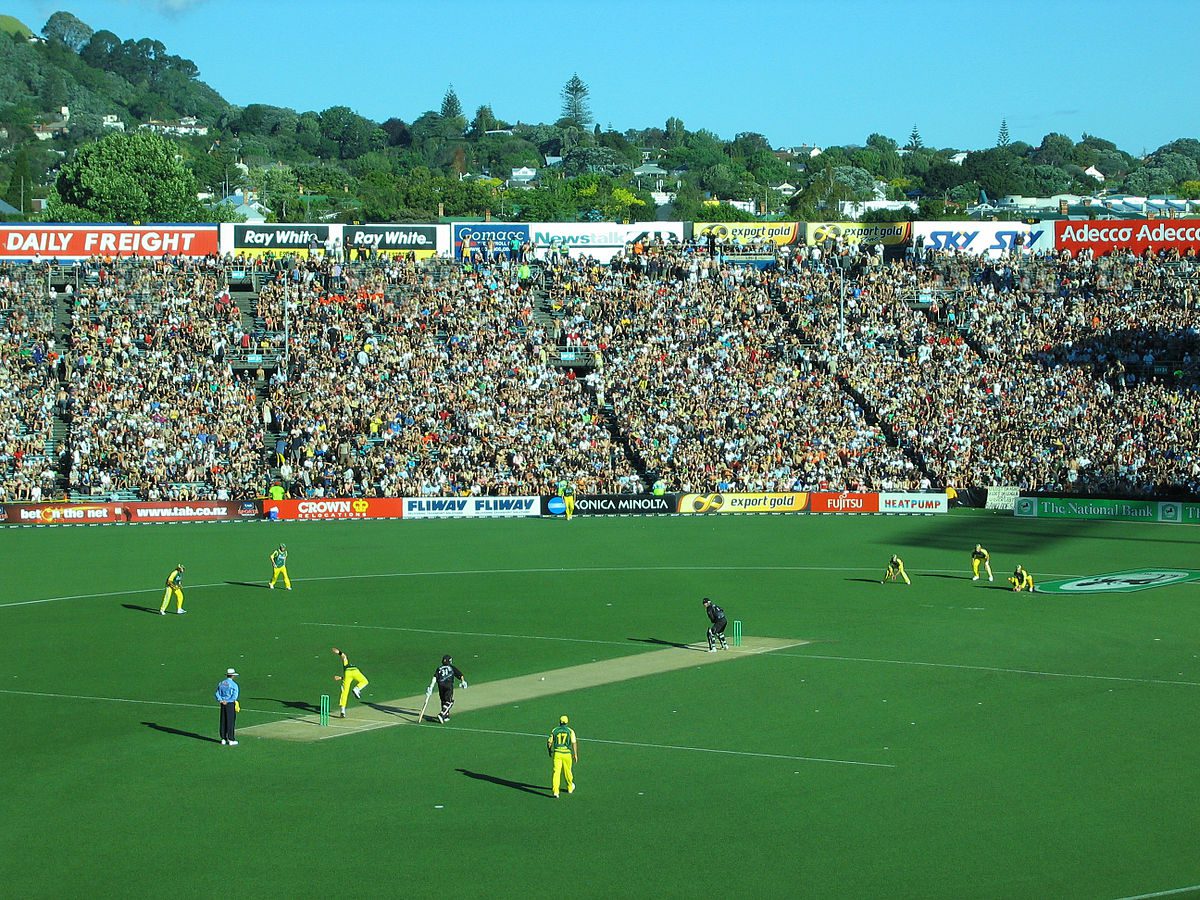