Tearing Down The Churches

I do not wish to sound like you know who and scream “fake news” every time I come across something that does not suit my narrative. Truth is there is so much fake news out there it’s often hard these days to work out the real from the false. Just ask Facebook.

I am concerned enough about something a client recently shared with me that it must be addressed, called out as fake news and shut down before it becomes internet “fact”.

Having just stepped off a plane from South Africa the client asked me a couple of questions. The first was whether New Zealand is now going to give preferential entry and permanent residency to Muslims over everybody else. I looked sideways at the client not quite sure if she was pulling my leg or not. I said, no, Muslims will continue to be treated just like everybody else.

She followed that up with a second question asking if it’s true that the Christian churches of New Zealand are now being knocked down and mosques being built in their place?

At that point I really did ask her if she was being serious. She said that she was and I asked where has she heard this garbage? Inevitably the answer was, on the Internet. I sarcastically replied, well therefore it must be true…

In fact, it is not true and is yet another example of the dangers of unbridled and irresponsible free speech and the danger the Internet can present through giving every fruit loop and halfwit or twisted mind with an agenda, a platform to spread their ignorance and bile.

I suspect the genesis of this fake news was the New Zealand government creating a new pathway to residency for the very small number of immediate families of the Christchurch mosque shooting victims. What the government said was that the survivors will be granted residency subject to health and character checks being carried out and I suspect this somehow morphed into preferential treatment for all Muslims and the destruction of Christian places of worship.

(If there is one) Lord help us if a simple act of kindness to 50 odd families, most of whom would likely have qualified for residency had the main applicant not been gunned down by the Australian terrorist anyway, somehow results in New Zealand becoming a new Islamic state, I’ll shave off my hair and join a Buddhist monkhood. It isn’t going to happen! I am willing to bet my hair on it.

While the Internet can be such a tool for good it can also be good for tools.

I had another South African client on the phone yesterday “petrified” of starting work in New Zealand because of everything she had read on the Internet, posted by South Africans on one of those “South Africans in New Zealand” online chat groups. I always warn clients to steer clear of them because I tend to find people that post on those sorts of forums, tend to be moaners and whingers, comparing, criticising and complaining, not very helpfully sharing their negativity with the world.

Nothing really could be further from the truth. The overwhelming feedback we get from South Africans is that New Zealanders are the friendliest people on the planet; warm, welcoming and tolerant. Of course there are racists in New Zealand but generally Kiwis, if they think racist thoughts (as, lets face it most of us do from time to time) are polite enough to keep their thoughts to themselves. I don’t think the same could be said for all South Africans that I deal with. That does not make all South Africans racist.

South Africans it might also be said “don’t do subtle”. New Zealanders tend to be more subtle because we don’t tend to like giving offence. For that reason, a New Zealand employer might terminate a trial period of employment and rather than saying “culturally you were not the fit we hoped you would be”, they are more likely to say something like “your experience isn’t as relevant to the job as we thought it would be”. That is a very New Zealand way of putting things which appears very strange to a South African who normally just calls a spade a spade (“You don’t fit in, there’s the door”). Doesn’t make the New Zealander wrong nor right, nor does it make the South African wrong nor right. It’s just that we’re not exactly the same people.

Migration is always a compromise. There are things about your new country and new countrymen and women you will really enjoy and there are things that you wished you could’ve bought with you from home. If New Zealand was just like everywhere else or wherever you come from, what is the point in coming here? It has to be different doesn’t it?

Over 150 years ago when my ancestors landed here from Scotland, if they had something to moan about the locals, it would take six months for the letter to get back to the family in Scotland. These days you can just go online and vent your spleen every few seconds and there’s a ready audience for it.

Even more dangerously today, if what you say is utter tripe and ‘fake news’ it can very quickly take on an aura of truth when it is anything but.

So please, if it needs to be said, don’t believe everything you read on the Internet. 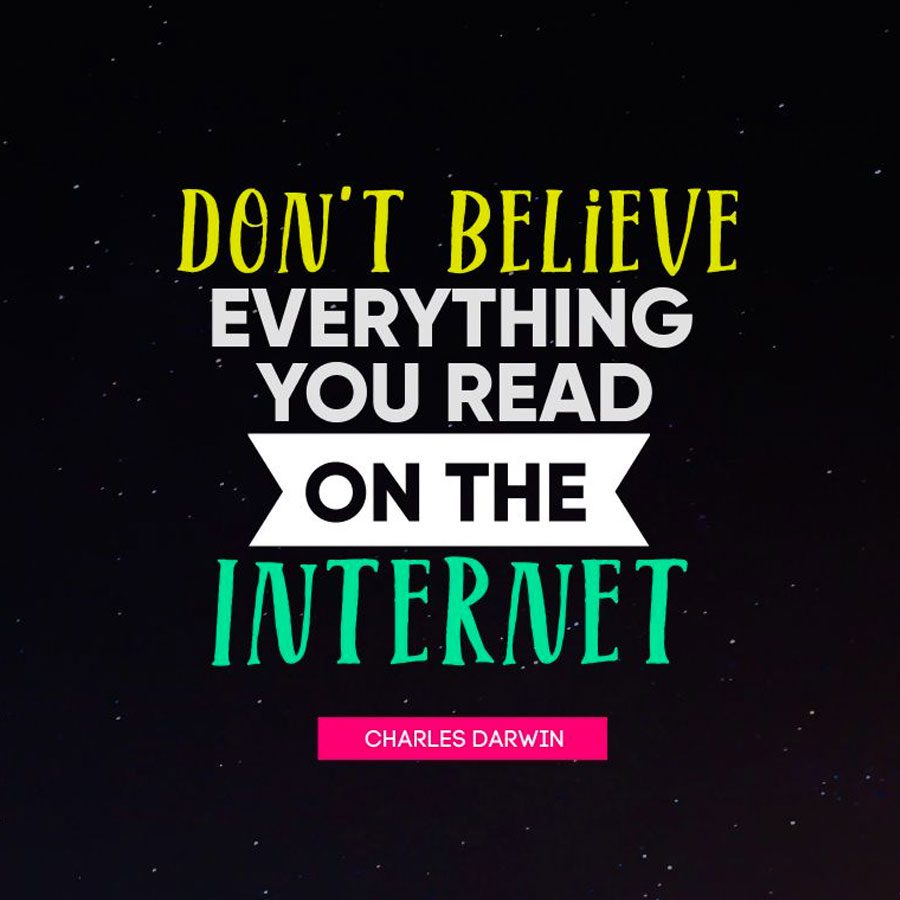