Tap on Tap off

It’s easy to turn the migrant tap off.

However, when you want/need/are begging for the skilled migrants to return when you want them, you may well find it takes longer than you’d wish for the ‘flow’ to resume to the levels that existed when you turned the tap off.

After four years of the markets NZ is keen on drawing from, seeing and hearing a lot of what can only be described as anti-immigrant rhetoric out of the past two Labour (led) governments, it is naive, when coupled with the border restrictions, to expect migrants to suddenly pack up sticks and come across to New Zealand.

Trust in New Zealand as an immigration destination is wanting.

The reputational damage done by this Government and its Immigration Department, not just through the time of the (understandable) border closures but the two years before that sending unwelcome signals such as the ban on foreigners buying residential property is very real. You cannot ‘blame’ migrants for housing unaffordability, significantly cut numbers of residence visas, keep migrant families split for years and have a bureaucracy that is poorly managed resulting in blowouts in processing residence visas to between two and three years and remain an attractive destination.

Immigrants were easy targets when it came to politicizing sky rocketing house prices. Who will ever forget Shadow Housing Spokesman Phil Twyford (Labour) suggesting a lot of house sales in Auckland were to people with ‘Chinese looking names’? Hardly laying out the welcome mat is it? Which was strange given the Labour Party has historically been very ‘pro’ migration.

Unemployment in the December 2021 quarter was at 3.2%. Today it is expected to be even lower. That means every person capable of, or interested in, working in NZ is doing so.

Perhaps our greatest economic challenge as we come out of the pandemic is too many jobs and not enough people. Over 70% of employers now quote attracting skills as difficult. Around one in three say it is their biggest headache when running their business. That’s a record high.

Yet last year the Government announced an immigration ‘reset’, signaling big change and making it clear numbers were going to be cut. This language was softened recently and reset became ‘re-balance’ (suggesting tweaks around the margins).

The ‘reset’, it seemed to me at the time, was little more than a time buying exercise as pressure was building from industry, media and migrant groups to give a timeline for rejoining the world or at least easing border restrictions.

Economic reality has now hit the Government in the face like a brick. An economy that the IMF has described as doing very well through the pandemic now needs immigrants, and lots of them. The Government knows we need to quickly ramp up skilled migration but now they have a reputation and messaging issue.

If you can’t believe much they say you can read a lot into their quiet actions.

Last week, having had INZ advertise on their website for months that work visas to cross the border right now (pending the release of their new work visa policy in July) would be required to come with a salary of 1.5 times the median salary (around $84,500), that was quietly changed to be “above the median salary”. Further advice from INZ suggested that it would be at the median salary. That’s around $56,000. This was missed by many in industry and the media.

The signal last year that they are going to only let in the highly skilled and highly paid seems to have been ditched.

There will be changes to skilled migrant residence policy announced soon but I suspect that it will be around the margins.

I have written before about leaks, cabinet papers and intel coming to me from generally reliable sources which may well see changes to how points are awarded to skilled migrants, with additional ‘bonus’ points going to those in occupations in acute demand, registrable occupations (for some strange reason) and possibly those on higher salaries.

I can see the ‘points’ required to receive an invitation to apply or residence increase to perhaps 180 points. That would be less necessary if we returned to a multi-layered points based selection of 1991 to 2016 but over the past ten years immigration policy has been dumbed down to the level of those who need to implement it. The capacity of INZ to comprehend its own policy is a seriously limiting factor these days.

As the Government ponders the number of residence visas it is going to want to give out most politicians and commentaries continue to miss the point that it matters little how many people we want, the real issue now is how many people will actually want to come here.

We delude ourselves that pretty landscapes and some mythical lifestyle unobtainable elsewhere will sell this place all thanks to our Covid response. People are not rushing to come and join us no matter how much we want to believe it.

Pretty landscapes only get us so far. For the past six months or more our Covid response has been the laughing stock of many people overseas who have a very different opinion of NZ today than they had a year or two ago. They’d have joined us a year ago, now we just look like a risk averse nation full of terrified people too scared to go shopping.

Highly skilled migrants are globally mobile and have many countries to choose from. We are but one. A little one. A long way away. Only a little further to the west is a country that is also beautiful, with lots of pretty landscapes which did not shut its doors to migrants like we did for the past two years, which pays well, which arguably has economies of scale we can only dream about, which in every other respect is very similar culturally and in terms of lifestyle, at least comparable to what we have here. And they are not talking about cutting numbers of migrants. They have not blamed migrants for their ills and they are sending very clear signals the welcome mat is not only out, it was never withdrawn.

It’s a shame because very shortly we will be fully open for business. Visa free travel starts for a small number of countries from May. A significant proportion of our skilled migrants have in recent times come from three countries – China, India and South Africa. They are not able to come here till October.

While we smugly pat ourselves on the back and congratulate ourselves for our great Covid response, migrants, who were told they weren’t welcome, are looking elsewhere. Some 55,000 skilled and investor category migrants moved permanently to Canada last year from Hong Kong while we cowered behind the raised drawbridge, processing no offshore residence visas.

It’s a shame because we are potentially going to miss out on thousands of highly skilled, positive and energy filled migrants who are highly employable, desperately needed and who would be welcomed by communities, their friends and families all because we turned the tap off back in March 2020 and now, when it suits us, we want to turn it on again. 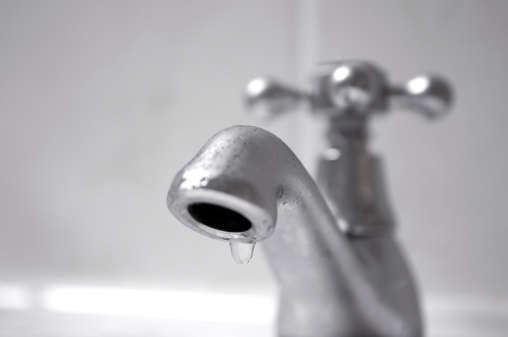