A Stunning Admission From INZ

Last week I wrote that INZ had all but admitted that in addition to their published criteria where some skilled migrants were being given priority over others while the significant majority were being ignored and continue to gather dust, it turned out that there is within that priority queue, a separate unpublished second priority queue. Criteria apply which are not publicly disclosed to that second group who get the on the faster, fast track. It turns out that Teachers and “Health workers” are being given priority priority. Very few applications that don’t meet priority criteria (whether published or not) have been allocated for processing since 19 December 2018.

That is outrageous. INZ’s most senior Manager of visa processing has just admitted that the chances of your resident visa being allocated and processed then is directly proportional to the intellectual capabilities of the INZ workforce to understand what they are dealing with.

Teachers, as I said last week, are on the face of it, less intellectually challenging than many other types of skilled migrant cases. As a consequence, they are being used to train up new and inexperienced staff and to keep the approval numbers where INZ wants them. That is what they mean by ‘efficiency’. They have ‘kpis’ to meet and they are admitting they couldn’t meet them without picking the less complex cases out of the pile.

My blood boils that no one in Government or even the Parliament seems to care. There is a fundamental unfairness to this. All applicants are charged the same fee. Everyone in that queue has, presumably, a prima facie claim to residence or they would not have been invited to file that resident visa in the first place. Cases sitting unallocated for almost two years gather dust while INZ uses the less complex cases to train their staff?

That is an outrage.

Applicants who have for example fixed term 12 month contracts who would be granted residence if INZ processed cases in chronological order, are now certainly going to be declined their residence. Quite simply because INZ does not have the depth of knowledge it requires to process such cases (which aren’t actually any more complex than a Teacher’s case for the most part).

And as one wit in my office has pointed out, even the less complex cases are proving challenging for the inexperienced officers. She said:

‘It’s clear the officers processing Teacher applications for training purposes need a heck of a lot of training – I had one ask me for the divorce document between a client and her children’s father to prove custody despite the fact the biological father died years ago and we presented his Death Certificate. It’s more like we’re the ones training them…’

Truth is nobody seems to care in Government and getting any traction on this with even opposition politicians is impossible.

In other developments this week, a couple of interesting statements from the Minister of Immigration warrants some scrutiny.

Using the wide range in powers recently granted to itself under the Immigration Act, the government has announced that anybody who holds a Work Visa (of any type presumably) that expires before “the end of the year” (presumably 31 December) will automatically have that extended for six months. No application form nor fee is required.

The mainstream media focused on the Minister’s statement that this would provide “certainty to employers and migrants”. That is to say, aren’t we kind?

What has been less widely reported is the Minister also clarified why the grant was for only six months. He made it clear that the six months was designed in effect for employers to start seriously looking for New Zealanders to replace those migrant workers.

Of course, he really needs to say that because unemployment here is rising, although not as quickly nor as precipitously as had been projected as recently as three months ago when the country went into lockdown.

The government has saved itself a whole heap of processing trouble by avoiding processing over 16,000 individual work visas that were due to expire between now and the end of the year. It should be cold comfort however to those holding the work visas many of whom will likely be denied any extensions beyond that.

Bizarrely however, this blanket extension does not apply to partners or dependent children of those Work Visa holders. INZ has confirmed that they must still apply for their own “extensions”, pay the fee, fill out the forms and provide all the updated evidence normally required.

So much for improved efficiency.

The government is making it clear that the bar to get a labour market tested Work Visa is getting higher. I’m not suggesting forcing partners and children to apply for visas as part of a strategy to make New Zealand less attractive, I’m pretty sure it’s just something else no one in the halls of power bothered to think very hard about.

Also this week while watching a current affairs piece on why the government is showing such seeming disregard for families who normally live in New Zealand on temporary work and other similar visas, but who are stuck overseas by the border closure with jobs to come back to, and who for the most part are not being allowed in, he said the government was “working on” a solution. This sharper than most journalist kept pressing him for when this “piece of work” might be completed. Ever evasive, he said “Soon”. To which the journalist responded along the lines of ‘I keep being told that things are being worked on and announcements will be made soon, but tens of thousands of people are sitting in limbo trying to make plans. So when is soon?’

To which he finally conceded there are no plans to allow most people stuck overseas or split by the border closure to re-enter, or enter New Zealand for the first time, “for months”. Months does not mean weeks. It certainly means after the election in September which is obviously the first goal of the current Government.

I suspect six months or more because the government simply doesn’t have the isolation/quarantine capacity to scale up the number of facilities quickly enough.

Supporting that viewpoint is the incredible announcement this week that as majority owner of Air New Zealand, the government has now effectively ordered the airline to limit the number of New Zealanders travelling back to the country over the next three weeks. Singapore Airlines and Emirates quickly fell into line. Between those three airlines something like 95% of available capacity is held.

In fairness, it does seem that there are significant numbers of New Zealand citizens or permanent residents who are heading home. As the world continues to implode and job losses mount around the world it makes sense that they may as well come home to their family and social support networks (and an unemployment benefit not available to many of them if they stay overseas) and possibly jobs given our economy is recovering reasonably well from the initial lockdown.

The government has now requisitioned 26 hotels (there were four shortly after we went into lockdown) and they are looking to expand. Politically, and legally, they cannot prevent New Zealanders coming home. As the Prime Minister was very quick to say this week, she isn’t saying they can’t come home at all, they are just staggering their arrival. (I think that is called dancing on the head of a pin). Apparently, they are “working on” a framework whereby if a New Zealander might need to come back for some urgent reason they might be allowed to do so.

There are already howls of protest. Australia announced today they are also doing something similar for the same reasons – insufficient facilities to isloate and quarantine.

There are lots of things about this pandemic that the government cannot control and no one can blame them for. With a Kiwi diaspora in the hundreds of thousands spread to all corners of the globe, I am sure many are going to come home. They must come first because they have the right to be here and unfortunately, at least in the short term, it does mean that many migrants are going to end up in a very long queue by the looks of things.

At the same time however IMMagine has had our first ‘humanitarian’ border exemption granted. We’ve already had one ‘critical worker’ approved. While we are very pleased for the client, we are left scratching our heads what made their circumstance any different from many others that we have with families that have been split by the border closure. In this case we have a mother and two children in New Zealand on work and student visas respectively. The partner is in South Africa holding an open work visa. The first time we applied for him to get an exemption to fly to New Zealand and join the family, the application was declined without explanation. When pressed, INZ agreed to re-examine the decision and then out of the blue earlier this week they approved it.

Despite our head scratching about what made this situation meet the high bar for ‘compelling humanitarian circumstances’ when it describes the same situation that so many people are in, we are very pleased to have got this result for the client.

It seems that part of the thinking might be to try and reunite split families before they try and let whole families caught offshore when the border closed re-enter. But who knows?

I just wish those that are here, in that (mis)managed skilled migrant resident visa queue, begging for some certainty were treated with the fairness and respect they deserve.

To admit many are going to miss out on residence simply because INZ lacks the intellectual capability to process anything other than the simplest of cases is a scandal of the highest order. It proves everything I have ever believed about this out of control Government department.

They need a serious audit by the Auditor General. 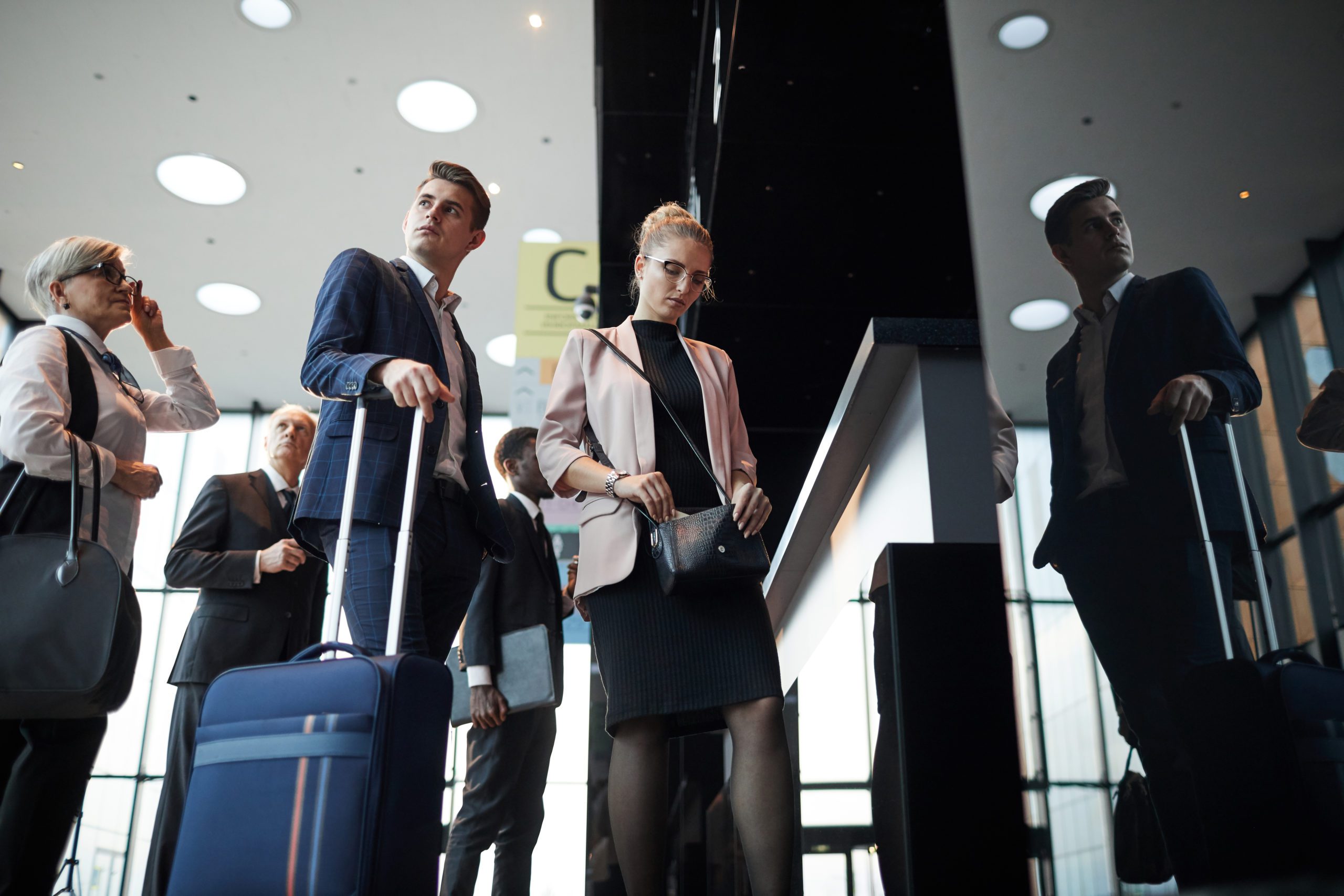