I am finally home after another five weeks on the road.

It is funny the things I notice when I’ve spent the past 14 days in high-rise hotel rooms with the constant hum of air conditioning and where the elevation separates me from terra firma below. The shoebox in the sky, the meeting room with clients, many stories high in the air, the only view a field of concrete and glass buildings stretching to the horizon and foraging for food in malls – all possible without ever actually stepping outside and feeling the sun on my face.

As a New Zealander I feel very attached to the land, my rain forest and the sea and I find these cities like Singapore and Hong Kong so utterly sterile – they are the most human of environments and totally removed from nature. I really struggle with it. I’m always good for a few days – in fact I enjoy it – but after about three days of everything being ‘human’, I need to get out. I took a walk around the famed Singapore Gardens which like so much of Singapore is very contrived into my eyes whilst attractive, not natural. I couldn’t find anything like that in Hong Kong but I was too busy interviewing dawn to dusk with the desperate many to get any chance of finding anything resembling isolation or nature even though I know it does exist there in some form.

My wife and I went for a long walk last night up Mount Eden, our local (extinct I hasten to add) volcano where the views of Auckland are spectacular. The sun was setting and the air was cool without being cold. The undersides of the clouds to the west glowed a bright orange and the usual gaggle of tourists snapped photos (mainly of themselves but occasionally of the view).

The street I live in is lined with cherry trees and in the third week of August every year, like clockwork, they burst into blossom and make for the most incredible sight. Trees that had been bare for the past eight weeks since losing their summer growth explode in a profusion of flowers in a vivid shade of cerise. And, as if on cue, one of my favourite native birds, the Tui, descend in huge numbers only seen at this time of the year to gorge themselves on the nectar that the flowers produce. They argue and fight and chase each other over, around and through the trees, jostling for position and trying to keep every sweet flower to themselves. All the time their melodic calls fill the air. Magical.

It’s a time of year I love, knowing that winter is largely behind us. Although I try and be out of the country for the bulk of Auckland’s short winter, it didn’t really arrive until August this year anyway and will have gone by end of September.

After very little rain in the preceding months (our dams were 55% full in July) August is turning out to be one of the wettest on record here in Auckland. There has apparently been rain recorded somewhere in Auckland on 28 days of the month which is highly unusual. Auckland, you need to understand, covers an enormous area and we are talking about a measurement of 0.1 mm of rain recorded somewhere in the city on any given day. We are not talking about monsoonal precipitation, rather the occasional spit although I understand a couple of weeks ago there were some enormous thunderstorms and torrential rain over a number of days. Having been home just under a week I actually haven’t seen any rain myself. The weather has been very mild with daily highs around 16 or 17°. Not tropical, but certainly not cold.

The days are getting longer and the sun is now setting around 5:45 pm. On the shortest day at the end of June it sets around 5:15 pm which I find utterly depressing…

As we walked through the suburban streets towards Mount Eden last night my wife, who has an acute sense of smell, was constantly asking me if I could smell this fragrant flower or that fragrant flower, as all around us, trees and plants were in bloom. She said ‘It smells like spring’.

For the record I don’t seem to have much of a sense of smell any more – my wife blames years of abuse of nasal sprays like Otrivin. So there was an awful lot of “No, I can’t smell it” in reply. There would be a slight huffing noise from her because she could obviously smell it all too well.

I do however smell the ‘big smells’ like damp grass as we climbed to the summit of the volcano, the freshly cut grass of the neighbours lawn up the road and the Jasmine which seems to climb over every other property in these parts.

After two weeks of sensory deprivation in Singapore and olfactory overload Hong Kong (but not of anything pleasant) I do find the air here in New Zealand, even in Auckland, the country’s biggest city, to be sweet and clear. Getting out and walking of an evening after sitting in an office all day is a real pleasure.

I’m about to head up north to my beach house where the lawn is overgrown, the first bunch of bananas I’ve ever grown seem to have survived winter, the vegetable beds need weeding and preparation for a spring plant, the forest block awaits attention tomorrow with more clearing and rebating traps as we continue the relentless fight against the foreign animal invaders decimating our forests.

It couldn’t be different to the weekends I’ve just had cooped up in Asia. I love Spring and I’m counting the minutes till I can hit the road. 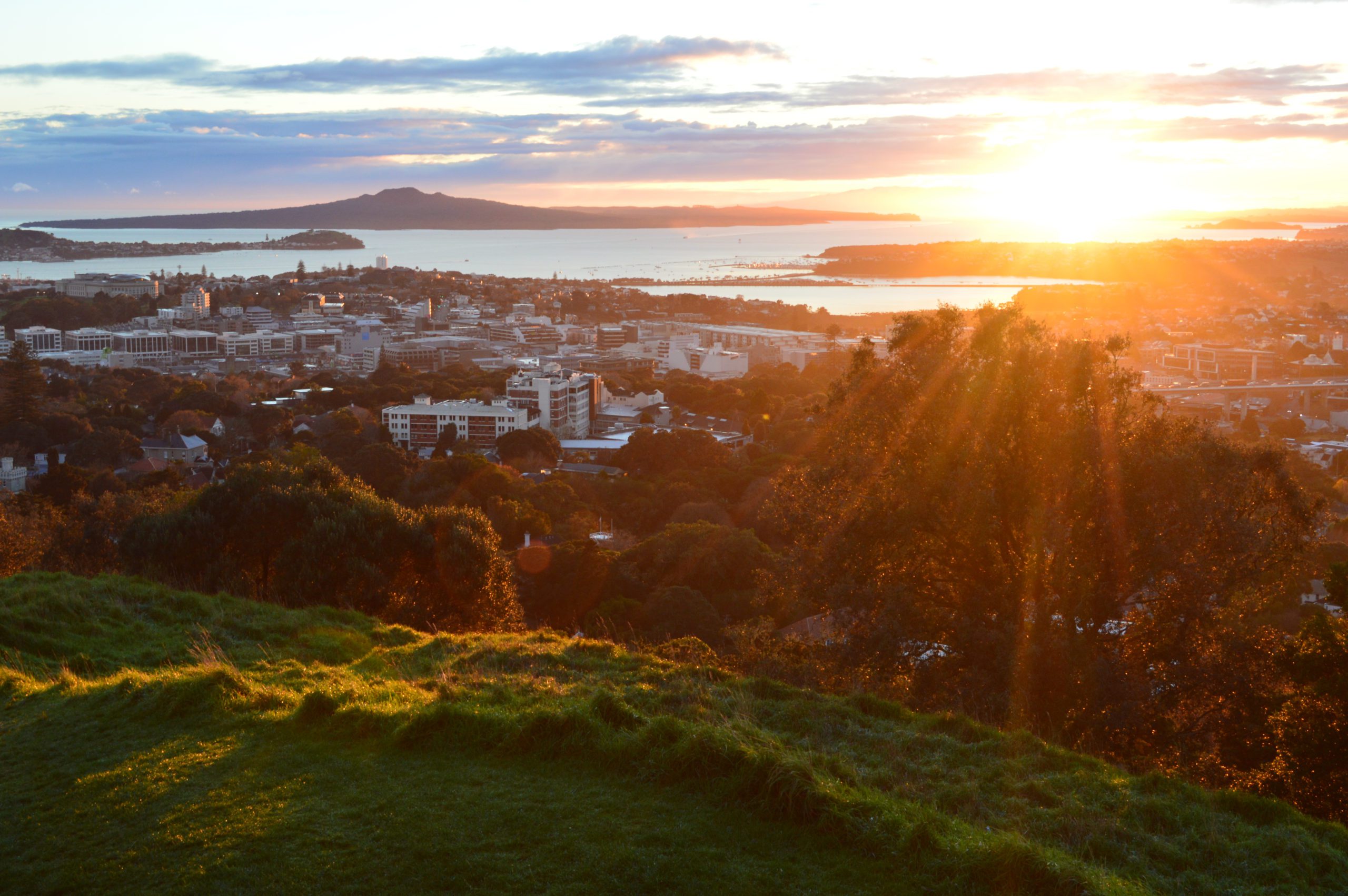