South Africa: The Fast And The Furious

Grabbing a few hours away from the day job last week I found myself on a beautiful coastal golf course in Durban, South Africa, with a good friend squeezing in a round of golf. We had teed off at 8am, the sky was clear, the sun warmed my back and a gentle breeze wafted in off the Indian Ocean that lay one good shank away.

The word ‘perfect’ came to mind – I was at peace with the world if not the golf (it is far from perfect) but perfect summed up how I felt about that morning and what I was doing. It was really wonderful being surrounded by wide open spaces, colourful birds, an almost cloudless sky and fresh air filling my lungs.

As I revelled in the warm mid ‘winter’ temperatures of 21 degrees I pondered if life in South Africa is really so bad that it warrants leaving. Having met with around 75 families these past weeks who are asking themselves just that, I felt much empathy for the difficulty of their decision.

It didn’t take me long to be shaken from any such foolishness.

Leaving the golf course around 1pm I listened to the radio news on the way back to the hotel and while I was out there thinking about my perfect morning:

There had been a ‘fast and furious’ type run-in on the local freeway (less than ten minutes away from where I was) between some would-be robbers and the local Police who had received a tip off that these bad guys were on their way to do bad things. When the cops confronted them on the freeway, the robbers tried to run them off the road by broad siding them; the cars were locked and careened down a bank onto the lower freeway lanes into oncoming traffic. The result was multiple crashes – some of them head on – a number of serious injuries to a number of drivers, and three people were shot dead…and the traffic chaos went on for hours.

The Durban Police had that morning picked up a man downtown with a severed human head in his back pack. I am not making that up (a member of the public later found the headless torso in some bushes). Apparently, he had tried to sell the head as ‘muti’ (medicine).

A bunch of youngsters were in a taxi (combi van version thereof) and the driver was playing chicken with oncoming vehicles, swerving at the last second – only trouble was, this time, the idiot never swerved quickly enough and the two vehicles ploughed into one another – seven dead including the driver of the other vehicle (this made it onto to page 6 of the local rag the next day).

All this within six hours…in one city.

I have asked a few people down here in Cape Town if they had heard about it all – none had. Such is the nature of crime, stupidity and life in general in this country that each Province seems to generate its own shocking news on such a scale there simply aren’t enough column inches to also add all the grief that goes on in the rest of the country into the local papers.

In the same week, the President of the country survived yet another vote of no confidence which is extraordinary. This time the politicians were offered a secret ballot which gave the ruling party MPs a chance to get rid of a leader who is, at best, an embarrassment to their party and, at worst, a danger to the economic stability of this country.

Now don’t get me wrong, there is much about South Africa I love (their cooked chickens from Woolies being top of the list…and the weather ain’t half bad) and I have some wonderful friends who often remark that this sort of thing happens everywhere.

I sent them a link to two of the stories that had made the online NZ Herald newspaper on the same day – one was a story about the Durban City Council using a photo of downtown Auckland, New Zealand in their promotional material (did no one on the Durban Council notice that this wasn’t their waterfront or did they just not care?) and the other was a story about a goat being stuck up a tree somewhere in the North Island and the Fire Department being called out to rescue it.

Apparently, the goat suffered no injuries.

One thing you can say about South Africa is there is never any shortage of grim and depressing news. And it is never dull.

Lovely golf courses, to be sure, but then we have a whole lot of those in New Zealand as well.

Perfection has its moments but comes at high risk and a very high price in these parts. 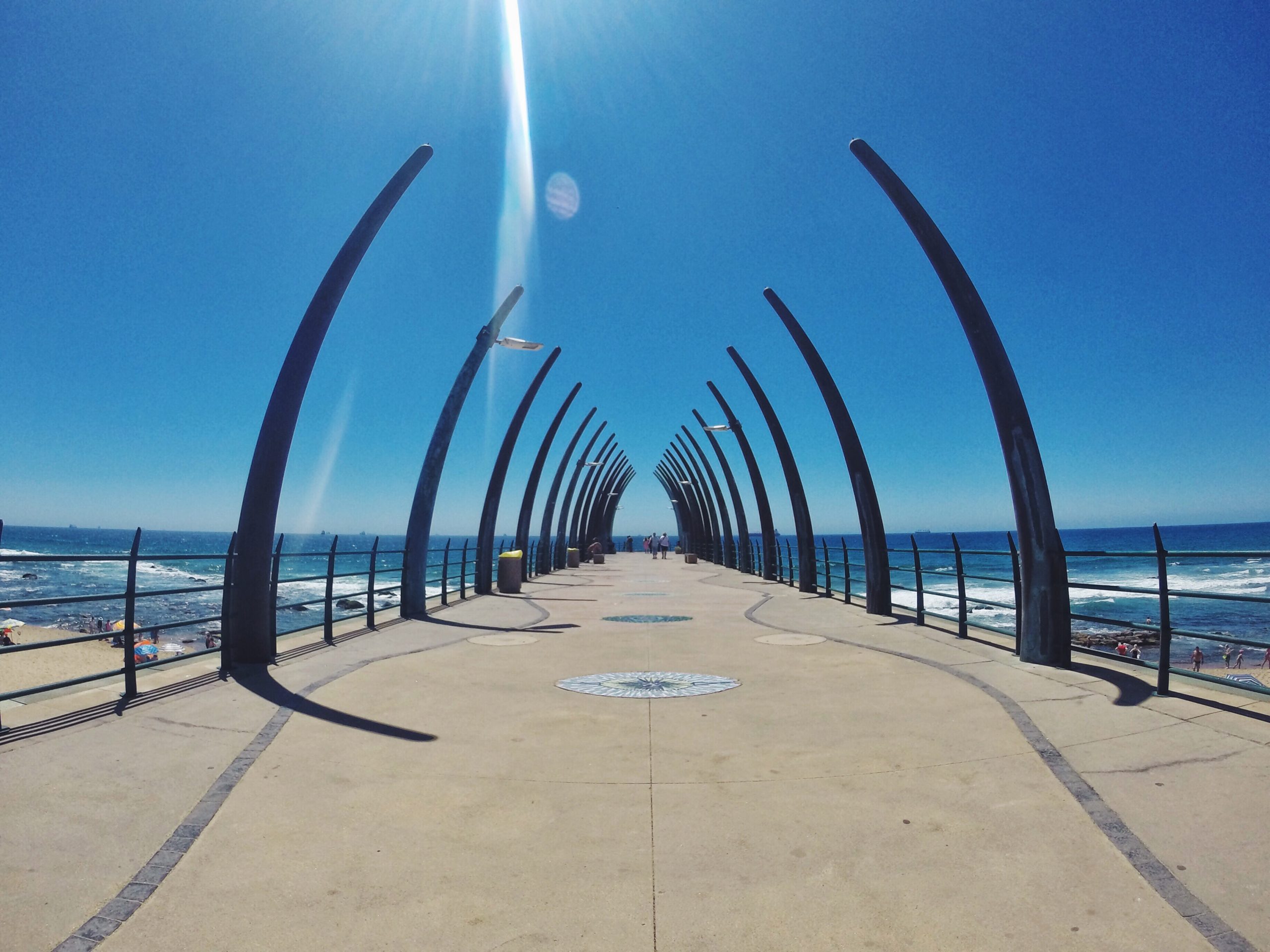