You remember that Meryl Streep movie, in which, as she arrived at the concentration camp in Germany during World War II, she was forced to decide which one of her two children would live and which one would die? The choice wasn’t made for her, she had to make the unthinkable choice herself. Harrowing in the extreme, I can still picture the scene. Seems our national and global leadership are now facing similar choices and our nations and the world better hope they make the right ones.

The problem is, internationally, there seems such little co-operation or commonality of thought. Despite the science.

What is clear is that none of us can escape the virus. Even on lockdown the science suggests given how infectious it is, between 40% and 80% of all humans are eventually going to get it. What a lockdown attempts to do is to ensure we don’t all get it at the same time. Because, if we do, around 18% of those to catch the virus will need hospitalisation, around 4% of them need to be in intensive care units and we know that it will prove fatal to somewhere between 2% and 4% of those catching it.

That will crash health systems everywhere as we’ve seen in Italy and we are now witnessing in the United States, beginning with New York. (Don’t get me started on what a ‘for profit’ health system looks like during an epidemic. Those against socialised health systems take note of how bad it is even when you aren’t making decisions based on making a dollar out of the illness or operation!).

Already in Italy ‘Sophie’ has had to make her choices on who lives and who dies.

A week or so ago, I had a very interesting discussion with my business partner Myer, because Australia is taking a very different approach to this pandemic than New Zealand. As someone living in Melbourne, Victoria, at least he has a State government that seems to be taking this more seriously than some of the other states and the federal Government, despite the platitudes. Myer is terribly worried about the health consequences of not locking down the whole country.

According to the Australian Prime Minister, his medical experts have suggested you can also slow down the speed of the spread of the virus without a full national lockdown. That does seem rather at odds with the medical advice being given to every other government globally. At the best of times it is hard to get the State and Territorial governments that form part of the Commonwealth of Australia all singing from the same song sheet. Right now it seems impossible as the squabbling continues.

Australia it seems is following more of the American model of, to some extent, let this virus rip because to do otherwise it’s going to destroy the economy. I find that so strange given they run a publicly funded healthcare system for the most part, so they don’t have the health insurance and profit motivated companies and hospitals to deal with.

For a nation that promotes giving everyone a ‘fair go’ and which is for the most part a socialist democracy, their decisions at national level see puzzling.

It seems to me there are only three courses of action:

Of course the big debate I’m sure that our Government, like all Governments everywhere had, revolved around those three options, knowing that the choice they ran with was always going to cause harm — the key I guess was trying to decide where the balance lay between health and the economy. There was no obviously right answer because we haven’t been in this position before.

The fundamental question to be answered was what price are we willing to pay to ‘flatten the curve’? That price being in terms of economic and physical health.

Is locking down of entire countries, where they essentially shut themselves off to the world as New Zealand has now done, the way to cure the infection but causes the death of the economic system as we know it?

Those following the New Zealand model are taking a very humanitarian view where every life is precious and although it’s important to keep the economy functioning as best we can, the economy is not going take precedence over “flattening the curve” and saving as many lives as we can. That might come at a proportionally greater economic cost potential, but it is the path new Zealanders have chosen.

The US, and to a lesser extent the Australians, seem ready to throw a lot of people under the viral bus. If, as the early modelling suggested, around 2% of Australians who catch this, die, that is the price that their political leadership seem willing to pay in order to try and keep the wheels of their economy, kind of, turning.

Some rough maths — if 60% of Australians get it that’s going to be something like 13 million people, minimum. That’s almost 2 million people needing to be in hospital. If 4% of them die, that’s around 500,000 people. It’s quite a big number to try and justify but it seems in order to attempt to keep the economy moving, that’s a price they are willing to pay.

In the US, the death toll potentially based on pretty simple maths runs into the low millions of deaths but that seem the price the White House is willing to pay to keep Wall Street happy.

I do note, importantly however that actual death rates are not matching the death rates predicted in the modelling. They are orders of magnitude lower. For example the ‘models’ suggested 400,000 deaths could be expected in Italy but the experience suggests a few thousand.

No matter what the death rate, there will be many countries where enforcing a complete lockdown will simply be impossible to police. I watched a video last night shot in South Africa hours after the three-week lockdown was announced. It was ‘business as usual’ out in the lower socio economic suburbs and townships. The middle class and wealthy people already live behind high walls, electronic gates and high security and will find it quite easy to isolate themselves (as long as the electricity stays on and that already doesn’t happen with any certainty). I wrote week or so ago, once this virus gets into the townships of South Africa and every informal shanty town across Africa, Asia and South America, the consequences are too frightening to contemplate – I suspect the death rates will be very high and their economies will be in real danger of absolute collapse.

I am no expert, but in New Zealand I think it’s fairly clear we are going to be able to flatten the curve, but clearly not eliminate the infections and that will mean our hospitals are going to come under enormous pressure in the next few weeks. We will however preserve some chance of them not being overwhelmed.

And what follows the lockdown?

In my view there is simply no way that our borders will reopen when the lockdown ends. As we are seeing in China and Hong Kong the past week there has been a spike in reinfection as international travellers are bringing the virus home.

I think at best what it means is for many months after the infection has worked its way through the New Zealand population, we will limit who can enter the country. As a nation of exporters that will be difficult. The economy is going to take a giant hit. Our government at least has the capacity given its balance sheet to borrow big and borrow cheap to grease the commercial wheels. For a few months anyway.

I suspect as and when we allow people back into the country they are going to be forced into two weeks of mandatory quarantine — not just self controlled isolation. At least I hope so because this virus is here to stay in one form or another.

I expect the government will set up quarantine centres/areas where people will have to be for two weeks after they come to the country.

Long term semi closure of the borders seems the only way of going when so many countries are acting in a slow or cavalier way or don’t have the public institutions to enforce a lockdown. I read last night that in Pakistan some of the Imams are not cancelling Friday prayers for example. I see in many countries Christians are still gathering for their worship and sharing communion wine out of the same goblet. I guess if God is on your side your health system won’t collapse and your people won’t die (or presumably something better awaits when you do).

All economies are going to be smashed to a greater or lesser extent and the next few months will see millions of people around the world lose their livelihoods. That will lead to social instability. And that in itself might put entire economies out of action.

I am not saying the way our Government has approached this is the only way. Being a series of large islands surrounded by a lot of ocean makes our borders very easy to control of course. Pakistan, South Africa and to a lesser extent even the US cannot shut themselves off entirely.

Getting through the next month or so in lockdown is presenting its challenges for us at IMMagine but we are all online, our filing systems are all cloud based and so far so good. I couldn’t be more proud of the team. Lots of thinking ‘outside the box’ has meant most clients probably don’t know we have scattered to the four winds across Auckland and Melbourne.

The Immigration Department as an essential business is working as best their antiquated systems allow. Their communication continues to be woeful but luckily I have a senior manager doing his very best to answer our questions as best he can. At least we know what visas are and are not being processed.

A shame the $38 million, and counting, the department has spent in recent years to get all resident visa applications filed and processed online, has not led to any ability to actually file them online. You have to love government IT projects (not).

Last, but by no means least I always say ‘never waste a good recession’ and we are now well advanced with plans to be able to start presenting our popular immigration seminars, online. We should be presenting the first in the next couple of weeks. 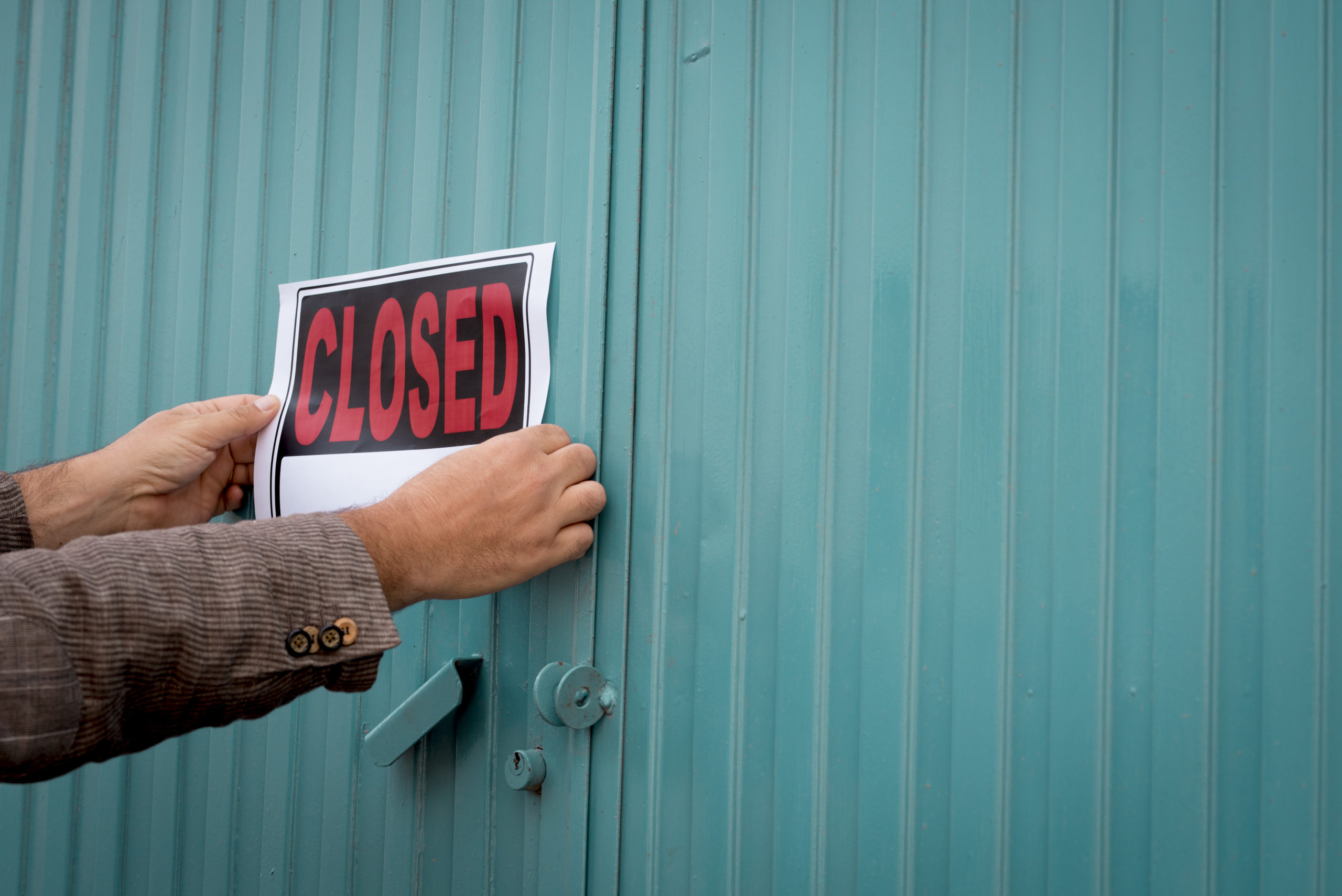