I had an interesting discussion with my business partner the other day who specialises in Australian immigration, and who is also licensed to give New Zealand immigration advice.

Given that getting a skilled job offer in New Zealand is, for most ‘skilled’ migrants, central to the chances of securing residence, he asked the very reasonable question ‘How, Iain, do you make people understand that they, for the most part, need to accept success comes with resigning their jobs, jumping on planes and going to New Zealand to try and find work?’

My reply went something along the lines of ‘Because they have no choice. If they want to live here that’s what they have to do’.

I think there was an expletive beginning with ‘f’ in the middle of that sentence somewhere. I was a little frustrated.
People who sit through my seminars around the world know that I describe the process of migration as akin to climbing Mt Everest. That is to say it looks magnificent from a distance; the view from the top is spectacular and worth the effort, but most people will never make it up that mountain. It is emotionally, logistically and often financially the hardest thing most people will ever do and a majority who start climbing, perish without enjoying the view from the top. It is not, as I counsel, for the faint of heart or those who are not fully committed and prepared.

To that, I often add a second analogy which is pertinent to those needing jobs in NZ to secure their futures and draws on my own experiences when, in my mad youth, I jumped out of aeroplanes a few times. Every time that plane door slid open and the jump master ordered me out of the aeroplane my fear always, bar once, turned to abject terror. I used to look down and ask myself ‘What on earth am I doing this for? What if my parachute doesn’t open?’.
And then I would quickly (because he was usually yelling at me that we were over the jump zone which meant there was a brief window to jump or I’d end up landing in the Pacific Ocean) work through the stats in my head. Something like 99.99999% of all parachute jumps are successful and when I broke it down in my head I knew I had two parachutes strapped to my body, both were packed by professionals and checked by professionals and if one failed there was a pretty good chance the second one wouldn’t. In order to find out whether the advice and skill set of those professionals that had me on their plane was up to scratch I needed to jump. While there was always the chance that I would explode like a watermelon 21 seconds later as I hit the earth at terminal velocity, it never happened.
The point being of course, I had to jump to find out if I had paid the right people to look after me.

Getting work is very similar when you are a migrant – you need to jump to find out. You need to step out of your comfort zone. Do the research. Make a plan. Minimise the risks of failure (what clients pay us to do) and then there is nothing for it – a well calculated jump into thin air.

I know from thirty years’ experience that if you are in New Zealand, you speak very good English, you are culturally compatible with the dominant culture here, that is to say you are more or less like us, you have a resilient personality and can take the knocks inherent in the process, then demand for your skills will take care of itself.

What happens when people follow that advice is incredibly interesting because it doesn’t matter how often we tell them that they will not ‘explode like watermelons’ when they make the jump, emotionally, things go something like this.

The first two weeks after landing in NZ are exciting and while often viewed through a jet-lagged haze, is still new and fresh. Excitement is high. The streets are clean, everything functions as a first world country suggests it should and everybody is incredibly friendly (those are the three pieces of feedback I continuously get). CVs and job applications start to be made with the expectation, given the sheer number of job vacancies advertised in the current market, of multiple interviews to follow.

In weeks 3, 4 and 5 the rejection letters start rolling in. Application feedback normally goes along the lines of ‘We have carefully considered your application and thank you for your interest. However, the fact that you don’t have a Work Visa means we will not be taking your application any further’. Once clients have received ten to twenty of those, the nerves start to jangle, the lip starts to drop and the shoulders start to sag.

At week six, clients hit what I call the ‘Six week wall’ where grown men, some of whom have fought in wars in Africa and beyond, are reduced to tears on the telephone with me and my staff. They inevitably ask the question ‘If everybody demands a Work Visa but I can only get the Work Visa with the job, how am I ever going to be successful and get up this visa mountain?’

The rest of the conversation normally revolves around reassuring our clients that we are pretty good at picking winners and losers and we have a track record to back winners. The understandable feelings of insecurity and vulnerability often ‘peak’ in week six. They are feelings that need to be respected because they are both real and justified. I don’t think all Immigration Advisers either understand or respect those fears. It is in week six that clients feel like a Skydiver frantically reaching for the reserve chute as the earth rushes toward them. It is scary.

I can’t tell you how many clients have thanked me for getting them through week six down the past thirty years. It makes weeks 7, 8 and 9 more tolerable knowing that what is happening to them is one hundred percent normal and their feelings about it, normal. It doesn’t minimise the frustration, but helping people understand in advance what to expect in a situation they feel they may not be able to control is to give them the strength to work past the fears of ‘what if’ and come out safely on the other side with that precious job offer in hand.

Inevitably in weeks 8, 9 or 10 at least one job offer is tabled and to most of our clients it feels like having jumped out of the plane and watched the Earth rush up toward them, their reserve chute opened a nerve jangling 500m off the ground. Around 98% of our clients get the job and the chute opens. They do not explode like watermelons. Thankfully.
Watching migrants go through a process that is so utterly dysfunctional as the visa one is, dealing with a bureaucracy that is largely clueless on how migrants get work and state functionaries who for the most part don’t understand their own rules, and dealing with rules set by Politicians, themselves equally disconnected from how the labour market operates and treats migrants, is certainly fascinating, but helping clients get through it warrants more than just an understanding of visa criteria; it requires a process of emotional project management.
It doesn’t really matter where you come from in the world most people seem to hit that ‘wall’ at the same point in time for exactly the same reasons – fear of the ‘what ifs’ when the plane is receding in the sky above you.
What is interesting is how people deal with it. Those that were perhaps over confident in the beginning can crumble in front of my eyes and those who I think might not be up for the challenge are often those that rise to it best. Especially I might add, when the primary applicant is a female – which says I suspect a lot about the male ego but that’s a whole different story.

That six week wall is very real (there’s probably a Master Degree thesis in it) and for many of you that have yet to face the visa mountain with all its challenges, it is almost impossible to prepare emotionally for how you will undoubtedly feel. With the help of friends and family or for those that (wisely) invested in an experienced and professional Immigration Adviser, who is more than simply a form filler, who is empathetic, who understands what you are going through, who has a sound knowledge of the local labour market and how employers and recruiters think, leads to the success rate that we have at IMMagine.
Virtually all our clients end up securing the job that then leads to Work and Resident Visas. One of their parachutes inevitably opens even though at times it is a close run thing.

My observations suggest that by week 12 of the job search and visa process most clients are laughing it all off and wondering what all the fuss was about. However, at week six the enormity of what they are doing, the risks that they have taken to get the new life that they say they want, really does take its toll.

So be warned, if you haven’t been through the process yet, that period around week six is very real, very uncomfortable but for the overwhelming majority of our clients, you will get through it. 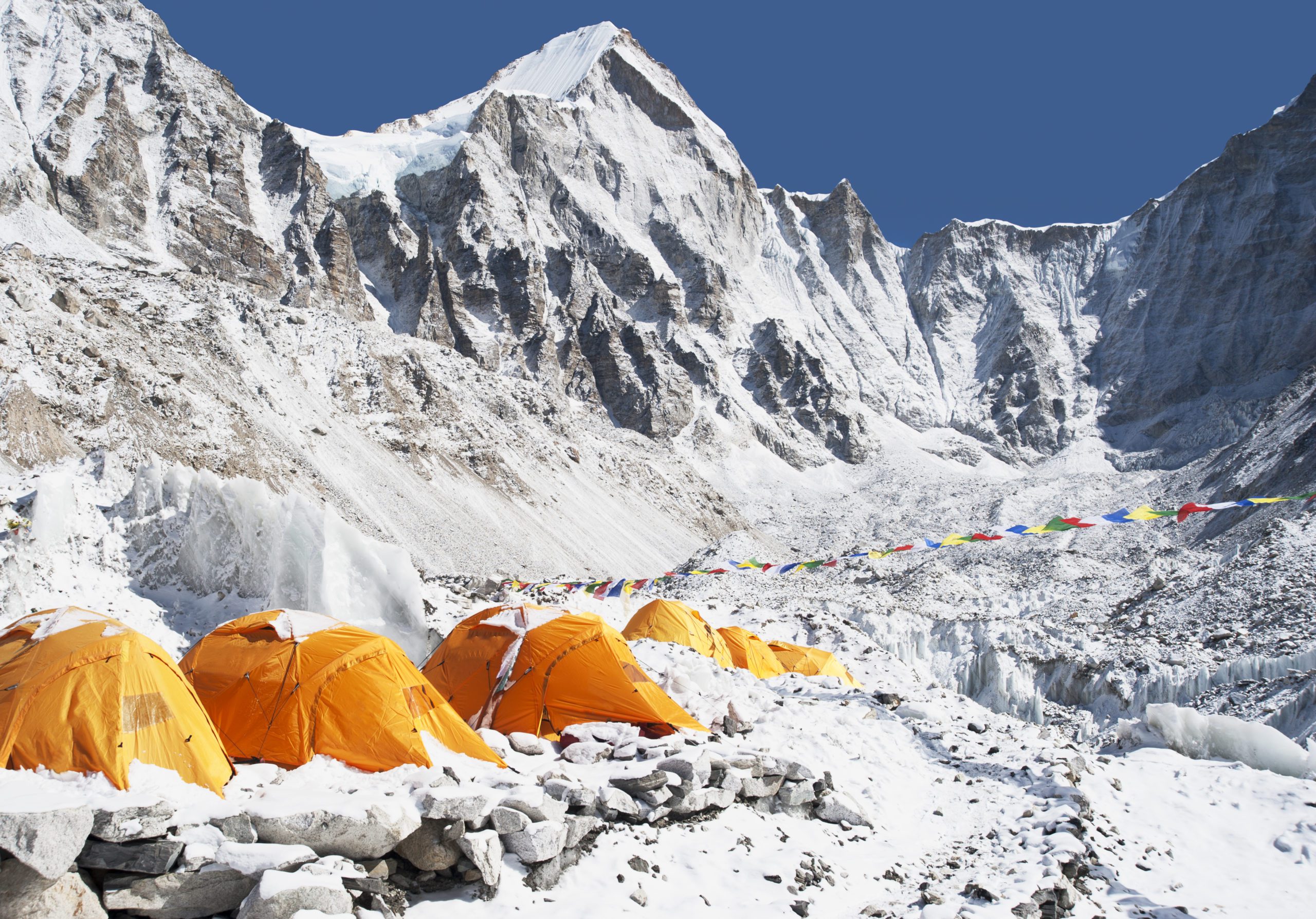