What have you done, America?

The Foreign Ministry in China have made their strongest statement yet regarding their territorial claims over the South China Sea – and warned the US in no uncertain terms to be very careful what they now say and do.

Trump announced overnight he wants a 35% import duty on all goods (except it seems from Mexico). While that would be illegal under current international agreements and would obviously harm US workers, he is still tweeting about it and seems quite serious.

In the past 24 hours he has said he wants to bring back so called ‘black prisons’ for holding and interrogating ‘terrorists’ (and I suspect journalists will soon be reclassified as such) outside of the US. Even though under US law, torture is illegal.

In the past few minutes he announced he wants a 20% import duty on all imports from Mexico to pay for his new building project. The Mexican President abruptly cancelled the planned meeting scheduled with Trump and reiterated Mexico won’t be paying for any wall.

I was reading reports out of Mexico this week in which the Government is now suggesting they may as well withdraw from the North America Free Trade Agreement. That could simply be pre-whatever-comes-next on NAFTA posturing, but equally it might make more sense for the Mexican Government to withdraw.

Steve Bannon, one of Trump’s senior advisers, has this morning called the media ‘the political opposition’. Clearly in Trump’s America a free press is a threat and needs to be bullied and muzzled. Good luck with that, Trumpie.

Setting aside NAFTA, the WTO and all the free(ish) trade agreements the US is a party to, is this lunatic seriously going to wall off America economically and – at least along one border -physically?

It’s one thing to say stuff to be elected, but, surely thinking Americans and lawmakers realise that the only chance of shared global peace and prosperity is achieved through freer trade; not building walls. Through ripping down walls of whatever variety and not through putting them up?

I have long questioned whether New Zealand has benefited through our own free trade agreements. If you look at our trade with China since we signed it, our bi-lateral trade has gone through the roof. And it has clearly benefited both peoples. If you look at our trade with Australia it too has gone through the roof with fewer barriers. Ditto with Singapore. The list goes on. Our economy has grown significantly in recent years in large part through these new trading opportunities in products and services.

I appreciate some people have been left behind I suspect in all the countries that have signed up to freer trade policies. It has happened here in NZ and in the US as well. The solution I believe lies not in retreating behind economic walls and having less free trade, but Governments everywhere preparing people through education and skills training to adapt to the new trading environments and having appropriate safety nets in place for any transition through rapidly evolving economies and technologies. In the US, like New Zealand, unemployment is actually very low. We (and they) have skills shortages. Unemployment in both countries is around 4.5%. It just doesn’t get a whole lot better than that.

Imposing tariffs and import duties isn’t going to bring back jobs that have been destroyed largely through automation or which can be made much cheaper elsewhere. It is only going to drive up living costs for many who can least afford it. The same people who, it seems, voted for Trump.

When NZ operated such a policy through the 60s and 70s it almost sent us broke. Been there, done that, witnessed the outcomes and dumped the plan. Does not work.

I appreciate in the US some of the jobs being created are part time but real wages have started growing there after the GFC put a brake on that for a number of years.

In the end I want to believe that what Trump inflicts upon this citizenry is their problem (they voted for him – well, not the popular vote of course) but his 140 character statements and their impacts on other countries like mine is really starting to trouble me.

And it seems, many Americans.

Only this week the New York Times reported that Peter Thiel (founder of PayPal and early investor in Facebook) had taken out NZ citizenship. He has held residence here for many years.

This followed on from another article earlier in the week locally and in the US about New Zealand being the new ‘utopia’ for the wealthy looking previously for a bolthole to escape an uncertain world, and more recently, Trump.

In what Trump would likely call ‘fake news’ (possibly and rarely making a valid point) and to offer an ‘alternative fact’, the reality is Thiel took his citizenship out here a few years ago. He is an adviser to Trump so he isn’t (publicly anyway) fleeing Trump – he is actually working with him (for how long one can only wonder because Thiel strikes me as an otherwise intelligent man).

The fact remains he is a huge fan of New Zealand, a country he has invested millions in through local IT start ups among other investments. I am pleased he was granted citizenship. Most migrants contribute far less than this guy to our economy.

He is creating jobs here and much of that product is being ‘shipped’ to the US (as a service). I wonder where he sits on Trump wanting a 35% import duty on all those software type products he is working so hard to create?

And therein lies the dilemma for so many American businesses now.

Some will likely believe that Trump will force Congress and the Senate to push this stuff through, or, he is indeed a complete fraud who will, when push comes to shove, look his supporters in the rust belt eye and say;

‘Well, you are tremendous people, tremendous people, and I love you all, I love you all. America is a great country. I will make America great but I am the head of the Government, not the Government, at least for now. I make deals, good deals, terrific deals, the best deals, and that free trade deal with Mexico was the worst deal ever. In the history of deals, the worst ever. In making deals you cannot get everything you want. I wanted a 35% tariff on all imported goods because I love the American people. In making deals you have to compromise. I don’t like compromising because I win at everything I do. Maybe I’ll get water boarding and worse back, don’t know. I will however make America great again. But there won’t be a 35% import duty. We will build a wall and we will kick those illegals out one criminal at a t time. And we will stop ISIL…”

What happens after that, I am not sure.

In the meantime any Americans with a sense of what is just plain right in a globalised world: skills, an entrepreneurial bent or just some get up and go who feel like living in an economically stable, politically pretty dull, first world, connected economy where we don’t much like walls; you have my number. 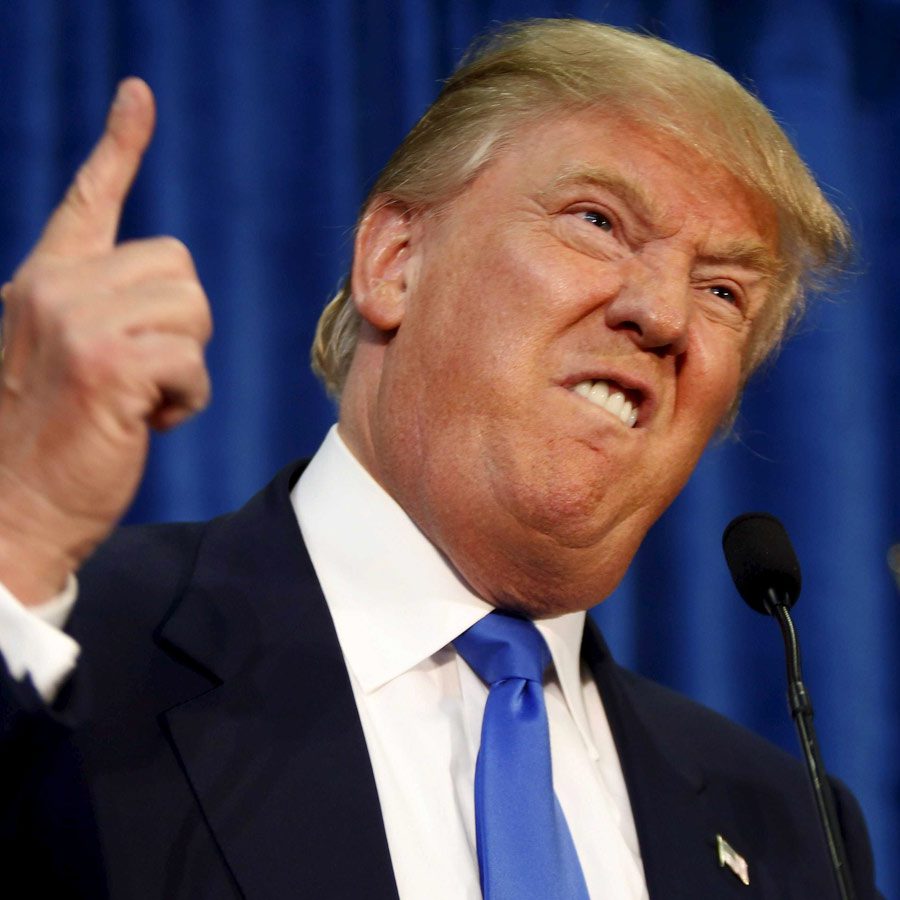