It is national election season. In elections anywhere politicians who desperately seek to occupy the Treasury benches will, sadly, say anything and raise any fear, in order to secure power.

This year is no different.

In a bizarre outburst a week or so ago the opposition Labour Party Leader publicly blamed migrants for the rapid increase in house prices particularly in Auckland and Christchurch. As a consequence he announced, once suspects without too much thought or consultation with his colleagues, that his party, if they form the biggest party in the next Government, will ‘look at’ cutting migrant numbers.

It has left a lot of migrants (and potential migrants judging by my inbox) spooked about changes to immigration policy settings.

Within a few days his immigration spokesman ‘clarified’ the comments – they are only looking at reducing the number of wealthy investors it appears. The world might like to know that last year the Government allowed in approximately 20 people who invested $10 million or more to secure their residence as wealthy Investors. Not sure those 20 families made housing in Auckland less affordable. In my experience super wealthy migrants don’t settle in Auckland anyway. They have helicopters to get around in…..

It is true that this year migration is expected to reach its highest in over a decade, with a net gain of 40,000 or around 0.8% of the population.

It is also true that there is a crisis in housing supply and that particularly here in Auckland house prices are now at ludicrous levels and has made housing for many first time home buyers (and ironically perhaps, migrants) increasingly unaffordable.

However the Leader of the Opposition, David Cunliffe seems to have overlooked a few pertinent facts or hopes that the voting public will.

House prices have been relentlessly rising in this town since 2009 – and during the past few years the net gain through migration to this country has been virtually zero. So who was to blame for the double digit rise in property values from 2009 – 2013?

It is worth noting that the current strong net migration gain is not as a result of more migrants being allowed into New Zealand – it is simply because, thanks to a ‘rock star’ economy fewer New Zealanders are leaving the country; more New Zealanders are returning home for employment opportunities (especially from Australia) and more Australians are coming to live here (Australia has always supplied us with more migrants than anywhere else).

Perhaps the Leader of the Opposition should ‘blame’ the Australians if he wants to blame anyone. Or aren’t Australians ‘ethnic’ enough?

In possibly the ultimate irony the current Minister of Immigration last weekend attacked the Labour Party leader by saying that in the past year despite the Government’s resident visa target being 50,000 per annum they only issued residence visas to 31,000 people.

This is the same Government that about this time last year defended themselves against my public accusations (based on the Government’s own data) that they had significantly cut migrant numbers by about one third. I argued the numbers don’t lie – the Government had cut numbers significantly and the Journalist let the Government get away with what was a lie told, one must assume, with a straight face.

It is hard to keep up some times.

Back to the Leader Of The Opposition. The Labour Party is a party of the centre-left. It has always been strongly supported by migrant groups especially here in Auckland. To attack them and blame them for what is happening to the price of everyone’s property is a serious mistake and one I am sure will come back to haunt them come election day. I can but hope.

High Auckland house prices are simply a product of:

1. Demand exceeding supply thanks to a lack of new housing being built (now being addressed e.g. a 15% increase in construction in the first quarter this year over last – and up from a 2.3% rise in the December quarter over a year before that)

3. Expensive land – not enough land is being released to cope with the city’s growth. Government and Auckland Council are now working to free up more and speed up the building consenting process. It is interesting to note the value is not in the house, it is in the dirt underneath it.

Already both sales and values have plateaued and in some parts of Auckland are coming down. This is owing to more houses and apartments being built, interest rates starting to increase in order to dampen inflation and keep it around 1.5% – so far so good – and the imposition of higher equity to loan ratios by the banks.

Many migrants cannot afford to buy homes and there is no doubt that this is a city with overpriced land values.

Ultimately the market with some help from Government and Council will see the problem alleviated and politicians scare mongering and playing the race card do little to help that process.

Blaming migrants for the house price increases is not only factually incorrect it is to stoop to a level that 96% of New Zealanders detest. The rest vote for the anti-migrant racism of New Zealand First.

What is clear is that if the Labour Party really did form the next Government, you heard it here first – they will not touch migrant numbers. They have always been the most ‘pro-migration’ party in the Parliament – migrant numbers rise on their watch – if only because migrants form such an important part of their electoral base. 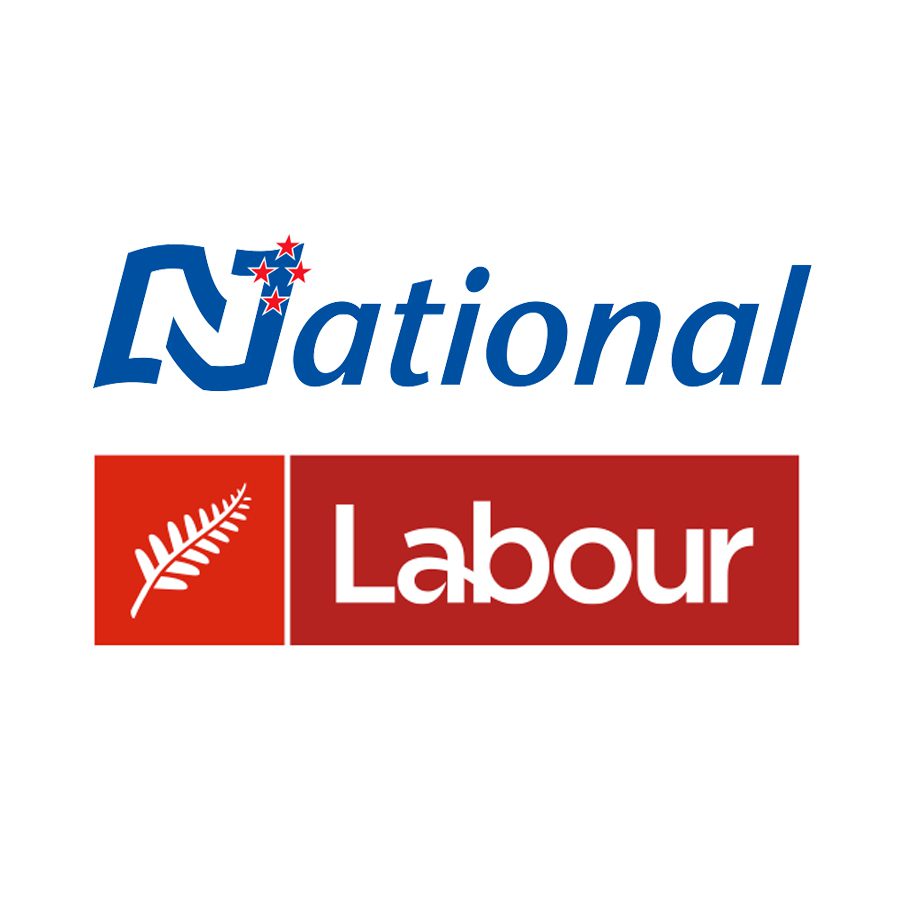