Queenstown – Where God Started Showing Off

I have been in beautiful Queenstown the past few days, working and getting ready for our five day hike along the Milford Track which starts at sun up tomorrow.

Queenstown is without doubt my favourite New Zealand city. When I help clients plan their ‘Look, See and Decide’ trips to NZ, I always encourage them, no matter what the purpose of their trip, to squeeze a few days staying in this beautiful part of Te Wai Pounamu (South Island). There is no place like it on Earth. Bold claim I know.

I often say to people ‘If there is a God she lives in Queenstown’ such is the magnificence of this place. Rugged snowcapped mountains that lie 15 kilometres away seem to be within touching distance, yet recede as you drive toward them so clear is the air.

I may have been one upped by Oprah Winfrey who when here last year filming said that when it comes to this place ‘God was just showing off’. I couldn’t have said it better.

Although it is termed the adventure capital of NZ, with jet boats racing through steep sided canyons, mountain biking, water sports, fishing, hiking, paragliding, skydiving, skiing and snow sports in winter, along with being one of the areas where The Lord of the Rings trilogy was filmed, I tend to think of it as being the ‘chill out’ capital of New Zealand. That might be age talking when restaurants, cafes, bars and vineyards (with restaurants and bars) and orchards (with restaurants and bar) are more your idea of adventure. The wine produced down here is usually world class.

There is definitely something here for everyone.

When you are in a small lakeside city where almost everyone is on holiday it seems that everyone is seriously relaxed, in no great hurry and simply enjoying themselves. As I sat lakeside yesterday, sipping on a damned fine coffee, I could almost feel the stresses of dealing with immigration bureaucrats being sucked out of my midriff. It was a very nice feeling indeed.

Surrounded on all sides by towering mountains at this time of year the highest of which still have snow, the lower ones are now largely clear.

The climate is very benign and ‘continental’ meaning unlike Auckland for example there is minimal humidity and little rainfall with the average annually only 300-400mm; winters are crisp and cold and summers can be very hot. High 20s are common through summer and mid-30s more often than Auckland which lies 1000km closer to the equator. In fact Cromwell, which lies around 50km from Queenstown, has the honour of being both the hottest and coldest city in New Zealand such is the influence of it being east of the Southern Alps and lying in a mountain basin (as Queenstown does, only this Queenstown’s basin was formed by glaciers which supported ice over 1km thick).

Two weeks ago it was 27 degrees here and the next day roads were closed because of snow. That’s spring in this part of the world for you. Yesterday was 22 degrees, today it is 8 degrees as a front passes through and the wind wraps round to the south. Tomorrow it is supposed to be 17 degrees.

The city now attracts 3 million tourists a year and the plan is to double that number over the next decade. Nine new hotels are being built to add to the scores that are already here. They have had to put in traffic lights. They have ‘peak hour traffic’ and the place is expensive.

Chatting to the (English immigrant) taxi driver who charged us $40 for a 5 kilometre taxi ride from the airport, he was moaning about the sheer number of tourists flooding the place pushing up prices of everything – it does have the most expensive real estate in the country. I couldn’t help but ask him to look at his fare meter which was spinning so fast I thought it was broken! To catch a taxi in Auckland five kilometres might cost you $20 but everything seems double down here.

Therein lies the challenge for this place. The more popular it becomes the more expensive it seems to get. And the more people that flock here for the views, the activities and the food the less it becomes about what made it so great in the first place.

It’s a problem facing not just this part of the country but the entire country. We are groaning under the weight of tourists and we are scrambling to build enough facilities, hotels and the like and then find people to work in them, to meet demand.

And being from a relatively big city I crave wilderness (or at least quiet) places but with the roads heaving with rental cars, camper vans and bikes it is becoming harder to capture what I have loved about this town all my life.

How many tourists do we need to give us the lifestyle and income as a country we need?

Queenstown seems to be doing pretty well off the back of what those 3 million people spend now and the place is still pretty amazing. I am not so sure the same would be the case if we see the 7 million being planned (and hoped?) for.

The locals have managed to cap the number of flights landing at the airport and that means the two airlines that fly in here can almost charge what they like. Hotel rooms have to be booked months in advance and cost $250 – $400 a night (you can get cheaper and you can get much much more expensive – as in thousands of dollars per night). A coffee costs $5 and most places we eat at are more expensive than Auckland (which is on par with most major cities now around the world in terms of cost, so not cheap).

Every second bar/restaurant/retail shop has a ‘worker wanted’ sign in the window. This is a city where you can get a work visa without labour market testing to do any type of work (so long as you have a job) such is the chronic shortage of skilled and unskilled people. The fact it is so expensive to live here doesn’t help given tourism and hospitality jobs are usually fairly poorly paid (not sure why given what everyone charges for everything round here!). The city is full of Holiday Working Visa holders from all over the world which adds to the energy and vitality of the place.

This morning I heard Chinese being spoken, Cantonese, Spanish, Portuguese, German and Dutch and I heard English being spoken with accents from Ireland, England, South Africa, Australia and America.

The regional council wants to try and move more of the tourists to Wanaka to spread the load, another drop dead gorgeous big town/small city that lies around 70km away, but plans to expand their airport have been met with solid local resistance.

Freedom campers are everywhere and we don’t have enough public shower and toilet facilities and so they tend to do their business in places they shouldn’t (have to). It is starting to irk a lot of the locals.

Government is spending a relative pittance given tourism is an industry that employs directly or indirectly 400,000 people and is worth something like $25 billion a year, to get facilities in place. Like most governments though it seems to be a case of catch up.

However, as my wife said to me yesterday as we drove over the Crown Range to Wanaka to have a BBQ with a friend, ‘There is just nothing ugly is there? There’s no rubbish. The air is so clear and fresh, the spring growth on the trees almost looks polished and even the sheep look beautiful’.

And that sums this magnificent part of New Zealand up. There is just nothing ugly about it.

I just hope that we don’t get greedy and it becomes ugly through sheer weight of numbers. We need to preserve the reason we all love coming here.

Off tomorrow to start the five-day walk in Fiordland National Park. Had the briefing. Got all the gear in the backpack (all 7 kgs of it) and given it is spring we have been told to be prepared for heat and sun (sun hats and sun block) or cold and rain (water resistant jacket and pants) and for the high mountain passes, possibly even snow (thermal pants and tops)….um, really? Righty ho, anything and everything in five days then?…….

The scariest bit for me is not the weather – it was the advice that we need to buy ‘special’ insect repellent because apparently the sand flies (midges) are ‘somewhat voracious’. There was some talk of shotguns to deal with them*. Never see that in the tourist brochures!

I’ll report back next week if the blood hasn’t been all sucked out of me. 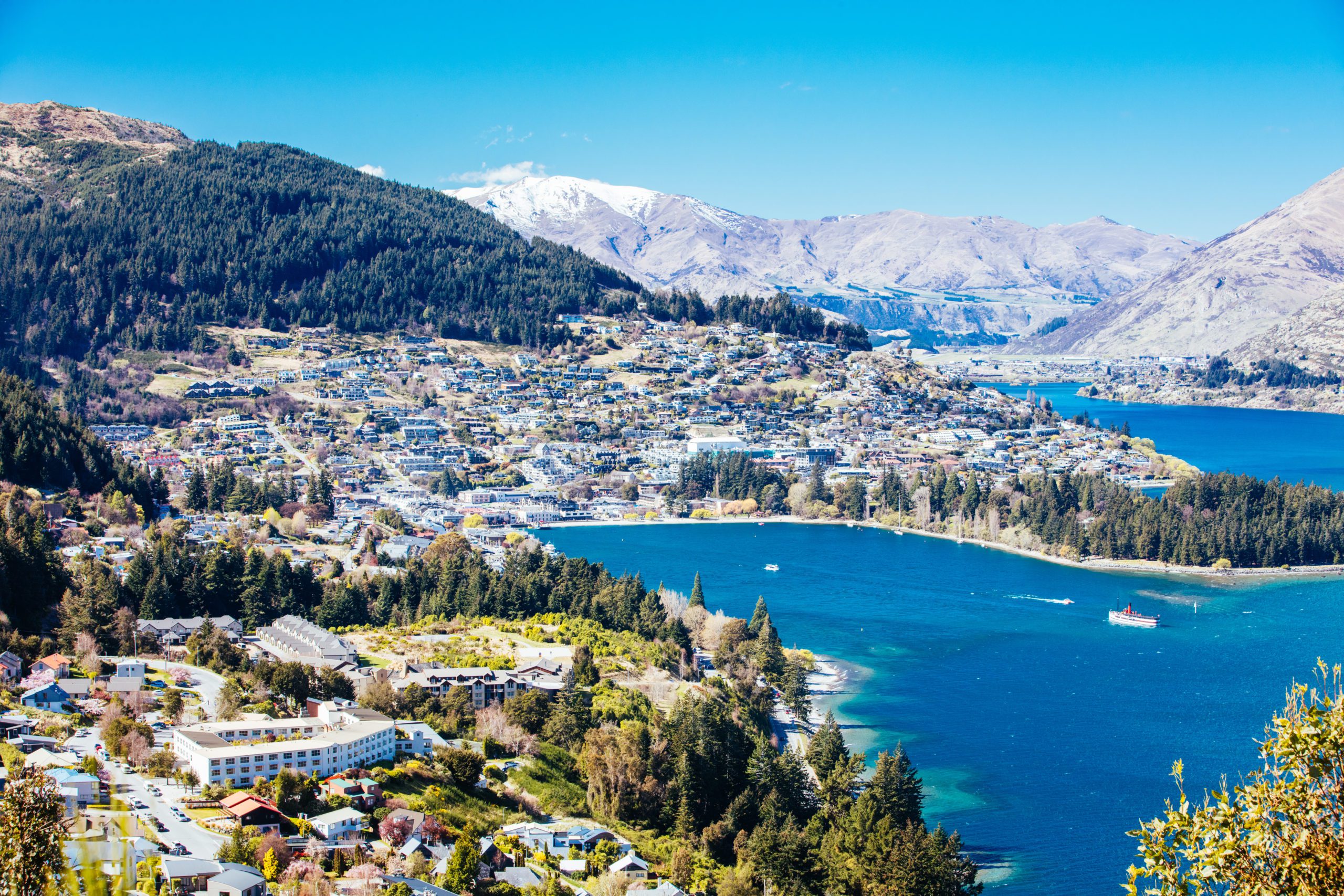