Politics is at its heart all about sending signals.

Let me send one.

The two largest parties in the current Government both campaigned on cutting migration. In one case, ‘slashing immigration numbers by 80%’ and in the other, by cutting it by ‘20 000 – 30 000’ per year.

The Party that campaigned on slashing numbers by 80% knew its ridiculous demand would never survive coalition negotiations with only 7% of the vote and knew those that vote for them were too stupid to realise it.

The other, the Labour Party, made clear before the election, and since, that their policy has won the day and that net migration would be cut by 20,000 – 30,000 a year.

Both parties played on an ignorance of what the statistical definition of an immigrant is. It is not someone with permanent residence. An ‘immigrant’ is someone who suggests on an arrival card at the airport that they “intend” staying for 12 months or more even if they are a 14 year old Singaporean going to school here for 12 months, a young German on a two year Holiday Working Visa, or any other Temporary Visa holder who has no pathway to Residency and a permanent stay. Most of us would tend to define an immigrant as someone who comes here to settle permanently, right? That’s not the definition of a migrant. This definition confusion was exploited to the max in the election campaign.

The Prime Minister made clear a few days’ ago, even before she was sworn in, that her Immigration policy is the one the new Government will follow and that of the Deputy Prime Minister, who promised to slash immigration by 80%, has died a natural death (as it does every 3 years). The new Government said and continues to say it is going to stop some international students enjoying a pathway to residence. That is going to be the largest contributor to the 20,000-30,000 ‘cut’.

Furthermore (and please social and mainstream media take note) the Prime Minister confirmed that they are not cutting the number of Resident Visas under their Immigration Programme. We can expect the same number of Resident Visas to be granted to skilled migrants, parents and investors over the next 12 months as we have over the last 12 months, the 12 months before that, 5 years ago and 10 years ago.

Let me say it one more time – New Zealand is not cutting the number of Resident Visas being issued under the new Government!

What does all that have to do with the so called ban on foreigners buying local property?

The Government had to offer something to those people who thought they were voting for a cut in Permanent Resident Visas and they’ve done this by a proposed “ban” on some “foreigners” buying “existing” residential houses.

Think about enforcing that for a moment…

You hold a permanent resident visa and live here and after ten years you accept a job in Switzerland for three years. Will you be told to sell the family home? Do you no longer ordinarily live in this country?

Or you normally live in NZ on a PRV and your dear old mum gets sick in Johannesburg/London/Beijing – take your pick. You need to rush to South Africa/UK/China to be with her while she undergoes many months of treatment. Will you need to sell your house? Will you be forced to? Have you left the country?

What say you and your wife both have resident visas and have jointly owned the house for the six years you have been living in New Zealand? You go to look after your Mum and your wife stays….do you still have to sell the house?

Who decides? The Department of Foreigners with Homes? An army of bureaucrats?

And if you receive a letter telling you, you must sell the house and you jump on a plane in Switzerland and come rushing back to New Zealand, how long must you be here for these state functionaries to decide you are once again living here (if indeed you ever actually officially left…).

It appears this ‘ban’ does not extend to those wishing to buy off plans and/or buying an empty section/plot and building a house on it (the argument being it adds to the housing stock).

Like all these stupid ideas administered by stupid civil servants there will be smart lawyers and Accountants out in the real world finding perfectly legitimate structures to get around it.

It’s hard to see what they plan on achieving beyond throwing a crumb to those who think temporary or permanent ‘migrants’ have caused our rapid house price inflation and who like to blame migrants for every country’s ills.

Australia did something similar many years ago and house prices there, particularly in Sydney and Melbourne, have gone through the roof. It would tend to suggest in Australia that foreign buyers had little impact on the value of houses within the market.

I would suggest there is little evidence here that New Zealand will be any different.

Over the past two years the Reserve Bank had already put in place measures to dissuade non-Residents from buying property. They did this primarily by demanding that foreign buyers have a New Zealand bank account, provide a New Zealand taxation number and a tax number from their home country.

In addition to that, an effective Capital Gains Tax being applied on investors turning over property has led to property values in Auckland over the past 12 months stagnating and in parts, slightly falling. The median price is Auckland is NZ$850,000.00 (roughly US$500,000.00).

I’d wager the reason for this is not foreigners buying up all our houses, it is the actions of the Reserve and Retail Banks. People are squealing all over town that banks won’t lend them money. Nothing like slowing down a property market by not lending money without resorting to foreign buyer bans.

“Banning” foreigners from entering the market makes for a nice headline when you are running for office.

In truth, and I am not denying we have a problem with the affordability of houses in Auckland for some people, the real problem seems to be the cost of getting building and resource consents, delays and red tape at City Council level and an ever-increasing cost of actually building houses. In part this is driven by a shortage of immigrants, not an oversupply, as the Construction industry is thousands of skilled workers short of what is required. This has put significant upward pressure on incomes in the sector and naturally, that feeds through to the cost of buying a house.

I predict that this ban, as it might turn out to be in the end, will have little effect on anything.

What it does do however, to appease the 7% of those that voted for the one political party said it wanted to slash immigration by 80%, is make New Zealand appear to be increasingly anti-immigrant.

The Government needs to be very careful how this is perceived and reported internationally when it knows it needs every one of the 27,000 skilled migrants targeted each year. If the Government is to have any chance to build half of the 100,000 ‘affordable’ houses and the public train and tram systems across this city and the upper North Island that it has promised, it needs every single skilled immigrant it can get.

Use of the words ‘ban’ and ‘foreigners’ in the same sentence is not the smartest way to achieve that. 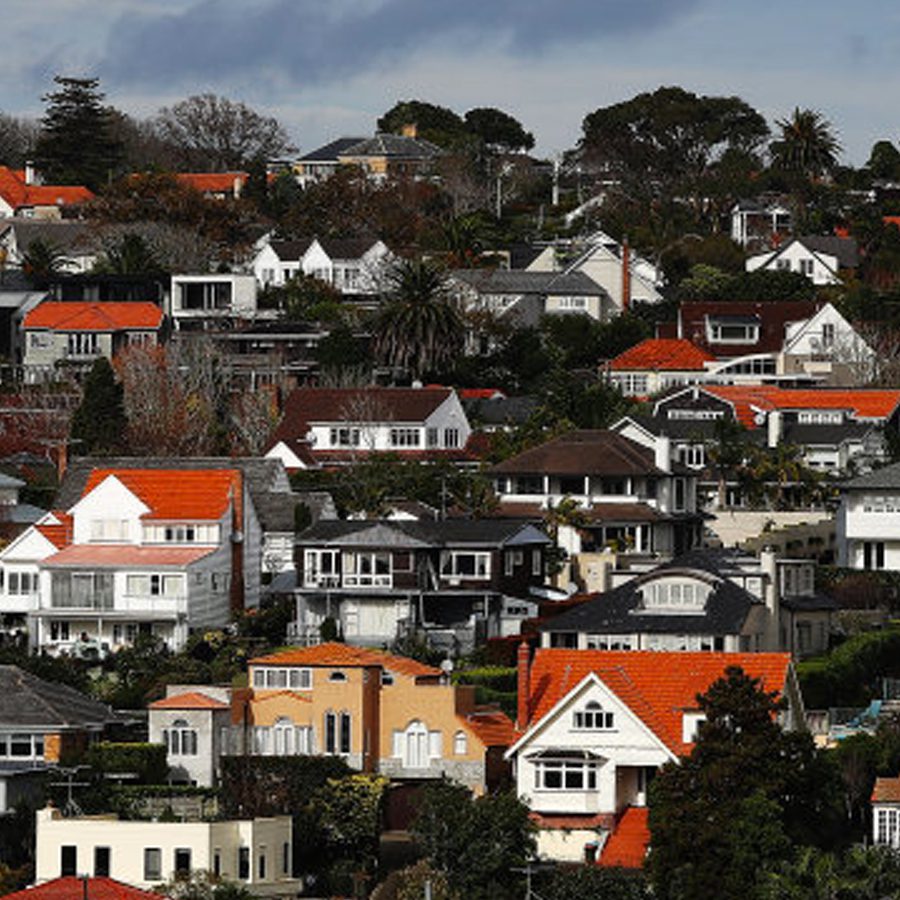