The Promise Of Summer

I really love this time of year in northern New Zealand. It is now late spring/early summer, the days are getting longer and they are consistently brighter and warmer. We do however still have colder snaps and the shorts and tee shirts are replaced by jeans and hoodies. Evenings remain cool.

I’ve been planting plenty of rocket (lettuce) seeds in the raised garden beds and ripped out the underperforming Bok Choy and cabbages. New Lavender plants in italian pots dot the garden. Tomato stakes are in the ground, the tomatoes starting to flower. Peas climbing the chicken wire. Leeks thickening. Courgettes starting to flower.

Bird netting has been thrown over the nectarine, plum and peach trees to protect the marble sized fruits as they develop and sweeten.

The insects are back and the annual battle against them will once again be waged. Neither side ever seems to win.

Fledgling birds are all around. The native Tui, having drunk heavily from nectar laden spring flowers the past few weeks are a constant and welcome cacophany, their calls reminiscent of chiming bells as they chase each other through and around the tree tops.

The sun now sets close to 8pm, with daylight saving having kicked in around a month ago, putting our clocks forward an hour which seems to create a real change in how so many of us feel about the world.

The promise of summer.

I am typing this looking out over Bream Bay under a cloudless sky. It’s late afternoon and a slight chill is descending but it is still shorts and sun glasses.

It is at this time of year that New Zealand has the greatest range of temperatures. In winter there’s probably little more than 5-10 degrees (C) separating the warmest and coldest cities along the 1200km length of the country. In spring things seem to go haywire or at least a little schizophrenic.

Two weeks ago Central Otago and Canterbury in Te Wai Pounamu (South Island) were enjoying temperatures of 25-26 degrees for several days. Queenstown hit 27 degrees. Three days later residents of Central Otago were shoveling snow in what was hopefully the last southern blast before summer. A 30 degree swing in 24 hours.

Up our end of the country things are so much more sedate, settled and predictable. However, Auckland is often cooler than Christchurch in spring with temperatures still in the high teens to low twenties. Christchurch lies around 1000 km to the south of Auckland…..

Each month up here in the north sees temperatures rising around 2-3 degrees on the previous.

Whereas in September I had seedlings drowning because of the rain, I am now having to water them every couple of days – putting in an irrigation system for the veggies this weekend at the beach house.

We are told that the heat is about to arrive and we have one more week of spring. Farmers are already worried about the lack of rain and the firefighters are on alert as we hit scrub and forest fire season.

The humidity is also on the rise. I was in Melbourne for a couple of days this week. Melbourne lies, in terms of lattitude, around 450km south of Auckland (same sort of latitude as New Plymouth). We arrived to a 21 degree day and very much like Auckland at this time of year. The evening was quite cold. Day two it was around 24 degrees and similarly cool evening. Yesterday, as we drove to the airport mid afternoon, it was announced it was 33 degrees. Today at my beach house in NZ it is about 20 degrees yet this 20 degrees felt as warm (I swear!) as Melbourne’s 33. How can that be?

Warm oceans surround Auckland and Northland. With that comes high humidity. We have it and Melbourne doesn’t. I hadn’t raised anything approaching a sweat walking from the office to the hotel at 230pm even though the walk was around 3 kilometers. NZ humidity is always high – at its lowest up this end of the country it is always at least around 70% and this is why I tell people to be very wary of judging a country or a city by the raw temperature reading.

I have said this before – I have been in Johannesburg, Cape Town and Melbourne when the mercury reaches 35 degrees yet it ‘feels like’ a 25-26 degree day in Auckland of which through summer we get many. Until you live, or have lived, with humidity you cannot appreciate the difference a bit of water in the atmosphere makes to how you feel. A few weeks ago I was in Hanoi and the temperature was 33 degrees and it felt twice as hot as Melbourne simply because of the humidity. In Vietnam my shirt was soaked in sweat and I am not a big ‘sweater’. In Melbourne not a drop on my back.

That is one of the reasons I so enjoy the climate of Northland. Sure there is a winter, often soggy, well, always soggy and we have fires through the coldest few months but it is never cold cold – no snow or anything silly like that.

Our climate here seems to have changed somewhat – we almost have a rainy season (May – October) and then a dry season with little regular rain. When we get it over summer, we get it big time. Tropical in intensity but fleeting.

The boat engine will get a checkup shortly, the cover pulled off the boat’s back and the fishing rods cleared of their cobwebs. I can hear the fish calling…..

I really enjoy having four discernible seasons in this part of the country, the changes in temperatures, variable daylight hours and rainfall patterns. You get a real sense of the passage of time so often missing in more ‘mono’ climates.

And we sure look forward to summer.

Right now we live with the promise.

Next week I am heading to Queenstown for a couple of days and then my wife and I, along with a group of friends, are going to walk the Milford Track. I was down there last year and was awestruck by the epic scale of the landscape. This is one of NZ’s great walks where limited numbers of people are allowed to make this trek (odyssey seems a more fitting word) over four days. It is also the one part of NZ where it is still going to be winter and where the daily temperature highs are predicted to be 11- 17 degrees. Ech year they receive 3000-9000mm of rain. Yikes! Nothing summery about that and I hear the sandflies (midges) are the size of mosquitos and the mosquitos the size of cats. We have been warned to buy hard core insect repellent as the usual pharmacy bought stuff is for ‘normal’ blood sucking insects 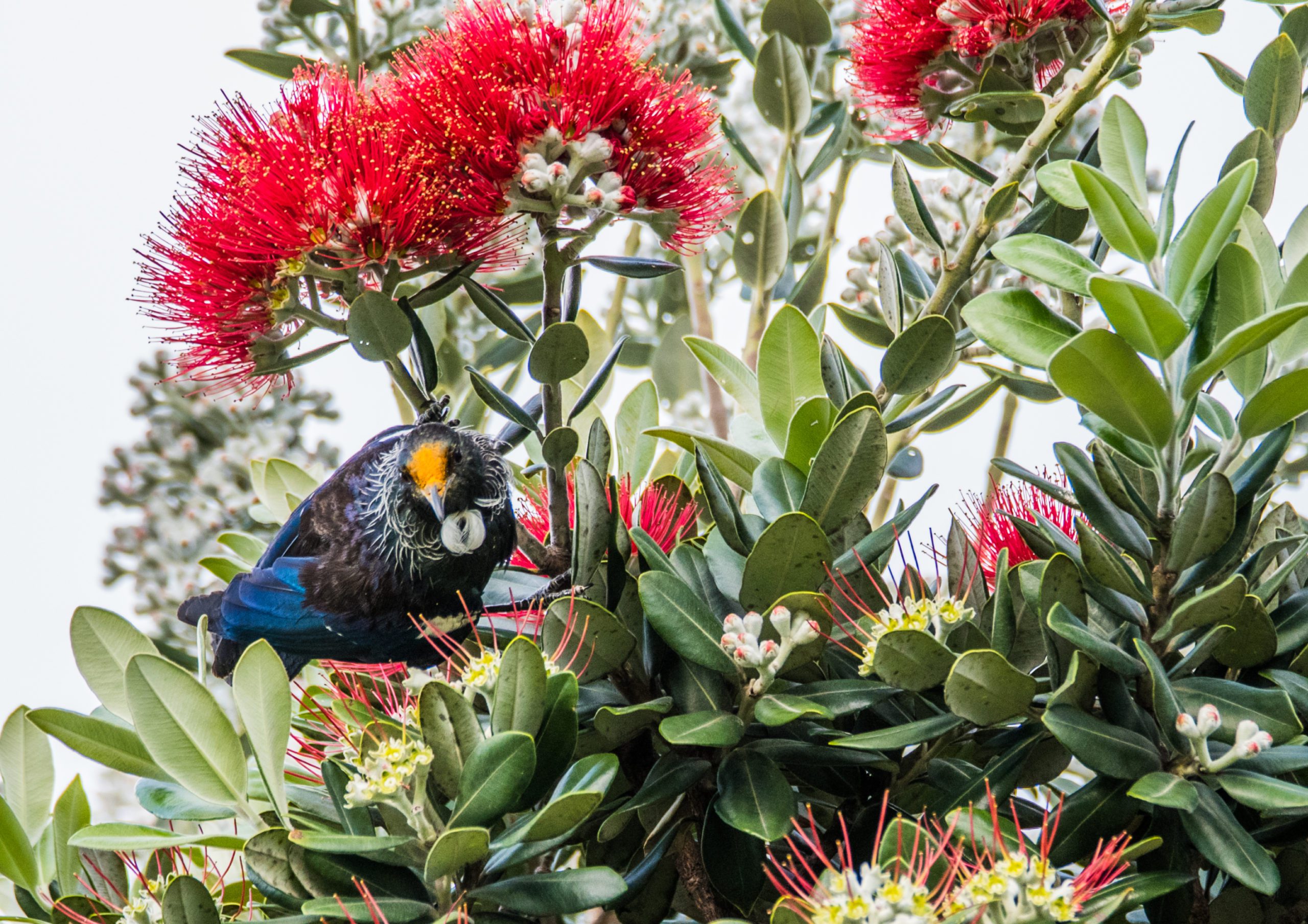