The Power Of A Single Photograph

As the old saying goes: ‘out of sight out of mind’.

When however you are rocked to the very core by a photo of a dead three year old boy, dressed as your child would be for any fun day at the beach, lying face down in the sand, he quickly became the face of every displaced person. And our hearts went out to him, his family and the millions he suddenly represented.

The world, for the most part and for the first time, sat up and took notice of what is happening as a result of global conflict and economic inequality between nations.

Aylan Kurdi, like most refugees, suddenly humanised a tragedy occurring thousands of kilometres away. It became shockingly and heart breakingly real.

How uncomfortable we all suddenly felt…

No longer were the millions of people displaced by wars in Syria, Afghanistan and Iraq simply numbers on a CNN news clip, they became fellow humans – not Muslims, Jews, Christians, ‘good’ Syrians or ‘bad’ Syrians – just people.

Aylan could have been your son or mine. Your child’s best friend and playmate. In the sand, lifeless.

Politicians the world over, again for the most part reacted swiftly to public reaction and overnight decided that no longer were our Governments ‘doing enough’ it was now ‘we’ll take more refugees’.

Including – I am ashamed to say – our own Government.

It is not very often I can say I feel ashamed to be a New Zealander but this week I am. We have the most popular Prime Minister in decades and he is I suspect a good man at heart, but he either misread public opinion or I live in a country far more xenophobic than I thought and he genuinely believed doing nothing was what we wanted. How wrong I hope he is.

These past days I have been disgusted in some of the comments posted to the pages of our newspapers from people who vented against these refugees – ‘We don’t want refugees, we didn’t start their war’, ‘we don’t need people like them’, ‘we don’t want lazy dirty refugees’, ‘they won’t assimilate’, ‘we have our own problems’ and the one that for me really took the cake, ‘they don’t share our Christian values.’

I certainly hope they don’t share our (Christian?) values if turning our backs on people displaced by wars they did not create, who have lost everything, who have probably lost their ability to earn and who are in desperate need to simply find somewhere safe are the ‘values’ we are talking about.

New Zealand takes a piddling 750 (maximum, we usually don’t fill our UN quotas) refugees every year. That’s it. That represents about 0.017% percentage of our population.

Reacting to public pressure the Government announced this week a ‘one off’ increase of 600 Syrians (not Iraqis, Afghan or Sudanese) and then up to 250 a year for the next three years.

Apparently we can’t afford more. Pathetic. The cost quoted by the Government over three years amounts to about 7 days of the nation’s spend on welfare (that’s $50 million – not education or health, just welfare).

I simply cannot accept we cannot dig a little deeper (put my taxes up if you want) to offer some hope for at least temporary re-settlement to a few thousand more. We are 4.6 million, relatively wealthy and (usually) big hearted and generous people. I have no doubt, that as the Germans have shown so admirably, many New Zealanders if not all, would pitch in and help. The Government really just has to ask us.

Before any xenophobe cries ‘Yeah, but would they help you if the positions were reversed?’ I rather suspect the answer would be yes but that isn’t the point (if you possess any humanity).

I wonder if NZ was rocked by a cataclysmic eruption, or tsunami or war and we had to leave our cosy lives just how we would feel if our neighbours and the global community said ’Sorry folks, you don’t share our values, so crawl off into a field or back to your ruined cities and take your chances, we are about to build a fence or launch warships to make sure you don’t land here’.

In 2001 the Australians bowed to what I hope was only perceived public pressure and left over 100 Afghanistani refugees on the Tampa – a freighter that had rescued them from their sinking boat – in the Pacific and said ‘you ain’t coming here mateys’. Our Government did the noble and honourable thing (considering we along with the Aussies under UN mandate had helped to ‘liberate’ these people from the Taliban) and took them in.

And the sky didn’t fall in on our ‘culture’. I haven’t converted to Islam yet!

Let’s be clear – I am no bleeding heart liberal – far from it. Although CNN, Al Jazerra and the BBC, and no doubt TVNZ call all those pouring into Europe ‘migrants’ there is a difference between a refugee(someone fleeing a well founded fear of persecution and in this case for the most part, war) and economic migrants seeking a better pay cheque.

Both groups seek something better but an economic migrant should not be confused with a refugee despite the mass media doing so very nicely – they are quite different. An economic migrant should go through the same selection processes as all my clients applying to come to NZ. They should not be able to just crash borders. Their need may in fact be almost as great but that is a story for another day – poverty is one thing – being killed by barrel bombs is something quite different. Or being beheaded because you are the wrong sub-set of some religion qualifies, at least in my book, for help. They are refugees as defined by the 1951 UN Convention on refugees.

To anyone who believes that migrants – whether economic or refugee – are lazy, want to take over the local culture, change the way locals live, I’d invite you to come and talk to a few of my clients. While we don’t do refugee law (it is highly complex) I have never yet met a lazy immigrant. I have met plenty of poor ones that thank their good fortune they ended up in New Zealand and who just get on with changing their circumstance to build a better and safer life for their children. Very often they are highly educated, they will do jobs our ‘educated’ classes won’t do and are in my experience incredibly grateful for the opportunity.

Refugees work hard if we give them a chance. They graft. They build better futures for their families. Their children become Kiwis and will share our ‘values’. They are usually too busy learning a new language, putting food on the table, learning to understand us than plotting religious or cultural takeover.

In situations like this nations show their true colours.

Our Prime Minister is the son of an Austrian Jewess who found sanctuary in New Zealand having fled the advancing Nazis in 1939. If things had turned out differently our Prime Minister might not just not never have been born but may have had a very different life. It was the generosity of my grandparent’s generation that gave him the opportunity to now take these sorts of decisions.

I don’t think he has made the right call that befits the generosity of spirit and support for the underdog New Zealand is famous for the world over.

I hope that public support swings against this Government on this issue. I am generally a supporter – this week I am ashamed of them.

They could and should have acted faster and with far greater humanity. There is still time. 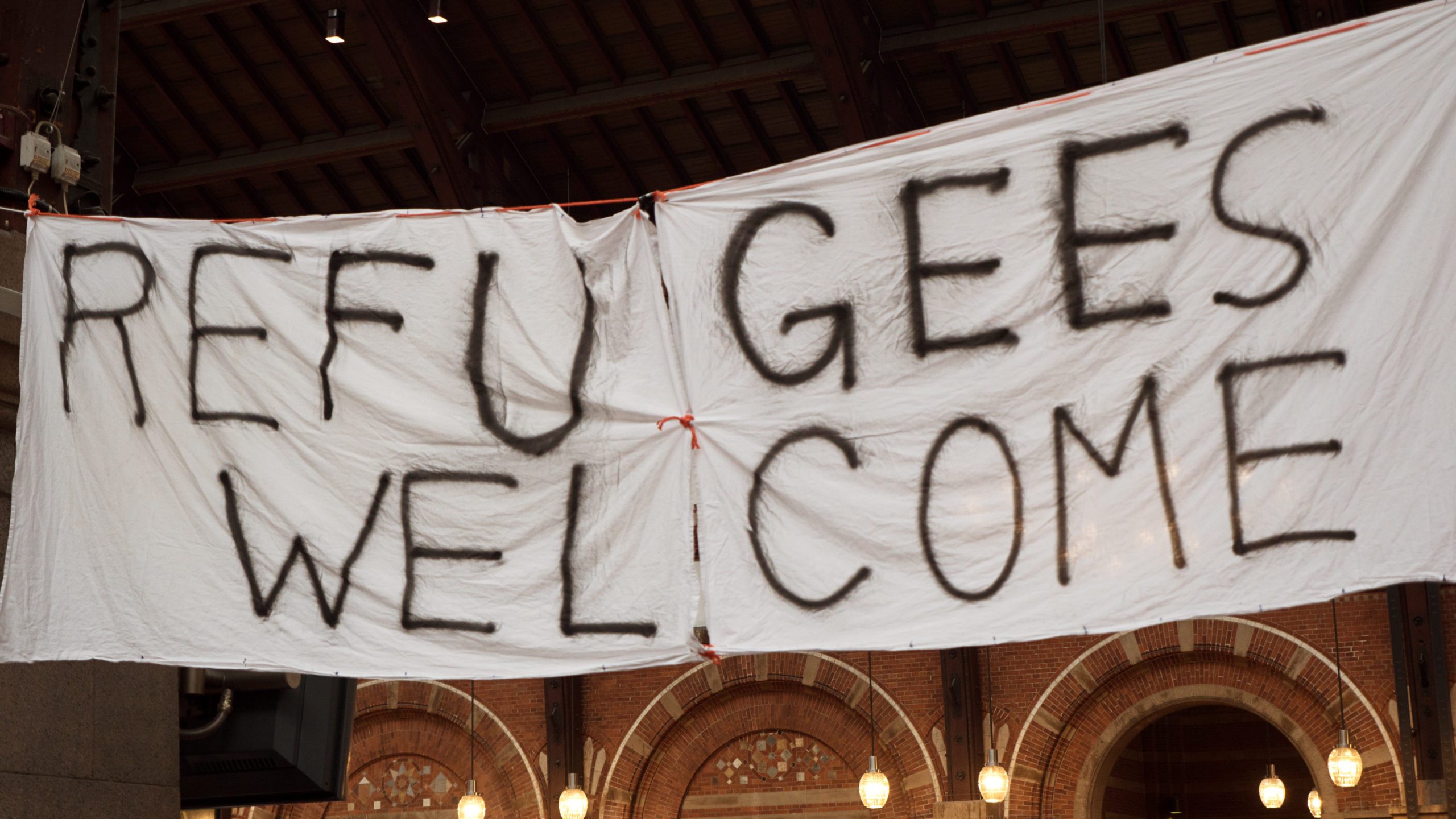