Parent Category – What To Do With It

The Government announced last week that they were “hoping” to make a decision on what they’re going to do with one of the two parent category residence pathways by the middle of this year. Hoping? They don’t have a plan?

A little over two years ago, the then Government, ‘temporarily’ closed the category most commonly used by parents to join their migrant children. Although they justified it at the time by saying there were more than enough applications in the system to fill the next two or three years’ worth of annual quota, I think the real truth was that the government was looking to as quickly as possible get net migration figures back down to a more historical norm as political pressures grew. Parents represented “low hanging fruit”.

I don’t believe the Politicians had anything philosophically against letting parents into New Zealand permanently but they did have a philosophical objection to being voted out of office because immigrants (whether temporary or permanent) need houses, Auckland wasn’t supplying enough of those and as a consequence values were going through the roof and that became a political problem because of increasing prices and falling affordability and there was an election approaching.

The trouble with the ‘temporary’ closure is it looks in danger of becoming permanent. As soon as the government announced last week that they were hoping to make a decision soon, a former Minister of Immigration who loves the sound of his own voice, was very quickly quoted in the media saying the policy should not be reopened because many migrants “dump their parents in New Zealand and piss off home and leave them here”.

I would suggest that might be something of a generalisation and limited to certain markets but that is the problem with former politicians and a media hungry for sound bites.

For the record I have no idea what the government is going to do but if I was to speculate I believe the current government believes that immigration policy should not be based purely on economic benefit and there can be a social element to a parent policy. Keeping migrant families together is a way of keeping migrant families strong and if we wish to leverage the skills of a generation of foreign skilled workers then we might just have to consider allowing some of them to bring their parent(s) with them.

The last time the Labour Party was in government I had a really interesting and fruitful discussion with the then Minister of immigration when her government was talking about closing down the Parent Category. I asked the Minister if her officials had provided any advice on the economic benefit of allowing parents to join their New Zealand resident children? She said no. All she could tell me was how much money we tax payers spend on the health of all people aged 60, 65, 70, 75 and older.

I made a few points to her.

The first was, given we are living longer and healthier lives many parents who come New Zealand go to work. Like the rest of us they pay tax and contribute towards the benefits that are available to all New Zealanders.

Further, and to my way of thinking more critically, I explained that if anyone wished to turn this into an economic cost/benefit argument, grandparents are often secondary caregivers and that allows their own adult skilled migrant child (and usually their partner) to hold down full time jobs which of course adds significantly to the tax revenue. In New Zealand at least the average skilled migrant earns more than the average New Zealander and therefore pays more tax than the average Joe.

If the parent/grandparent wasn’t in New Zealand might that not force taxpayers out of work because they have to stay home to look after their children?

I explained to the Minister that I knew of many skilled migrants that we desperately needed that told me they would not leave a parent or parents behind and so did not come to New Zealand. In thinking about what is good for New Zealand, if you don’t care about what is good for migrants, what does the decision of some highly skilled migrants not to come to New Zealand cost us in terms of downstream impacts on job creation and skills alleviation?

It is too simplistic to argue that parents are a “drain” on the public purse.

Now it seems the same arguments that parents are a drain on our economy seem to be front and centre but it is shortsighted in the extreme.

Only this morning I was discussing with a client who has just been granted a Skilled Migrant Resident Visa, thus joining her sibling who has been living in New Zealand for many years (who also entered as a skilled migrant and runs his own successful business) how we might deal with the fact that the Minister of Immigration has just advised their widowed mother, who has no one and nothing to return to in South Africa, that she must leave the country because her only pathway is “temporarily” closed.

The decision the Minister has made means my client who was the main applicant for skilled migrant residency will now likely have to give up her job in order to take care of the couple’s young son. For the past few months her mother filled this role. This grandmother has also filled the same role for her other son (the business owner) who has his own young family. His wife will now also have to resign her job in order to stay at home and look after the children. Between the two women I estimate their personal tax paid to be around $50,000 a year.

So in exchange for one healthy parent migrant we could have had four tax payers in her two adult children and their partners. We are about to reduce that to two.

If the non working mothers stay out of the labour market for, say five years until all the children are at school, then the government has, in making this decision, walked away from $250,000 and possibly more. What economic sense does that make?

If we set aside the inhumanity of separating an ageing mother from her children and a grandmother from her grandchildren because we gauge a migrant’s value purely on their dollar value, then this grandmother is one valuable immigrant! We should be begging her to stay!

I would have thought that a fairly simple solution is to adopt the Australian model whereby parents pay a resident visa application fee of around NZ$45,000 per person plus a health bond of several thousand dollars (refunded if they don’t use expensive health services a few years later). Yes, it is expensive and yes there are probably many that can’t afford it but this is not meant to be a solution that allows all migrants to bring all parents.

Perhaps consider, as is done with some categories of visas already in NZ that we make parents take out private medical insurance if we think they are such a cost to the public purse.

Perhaps also if they hold down jobs for 10 years in New Zealand then the requirement to hold private medical insurance stops.

The legal issue with that last idea at Resident Visa stage is that the New Zealand Bill of Rights does not allow that to happen (there is only one class of resident/citizen enshrined in what is in affect our unofficial Constitution) but I’m quite sure if you said to a parent we are going to let you stay, give you full work rights if you wish to work but it’ll be a temporary class visa for 10 years, most would still grab it with both hands even at the expense of maintaining a minimum level of private health insurance cover.

I would also make the New Zealand child sponsoring the parent underwrite the cost such that if the parent failed to maintain a minimum level of insurance, then their resident child would be forced to cough up the money or the parent’s visa would be revoked. There would undoubtedly be cases from time to time where this would happen and no doubt the media would jump on it but still this would solve a lot more problems than it creates.

There is no reason why there could also not be a rule that says that the adult child sponsoring their migrant parent must be in New Zealand for, say a minimum nine months of every year, during the first five following the grant of the parent visa, or the parent’s visa would be revoked. This should alleviate any concerns about migrants “dumping their parents in New Zealand and pissing off home” which I know is not an issue in respect of South African or British immigrants and tends to be one, if there is any truth to it, that is limited to the Asian countries.

Politically, which let’s face it, is at the centre of everything governments to do, something along these lines is elegant and while there are always unintended consequences of policy change, I have been thinking about this for a number of years, even before the category was temporarily closed and there are solutions which will satisfy most of the people most of the time, including the New Zealand tax paying public. 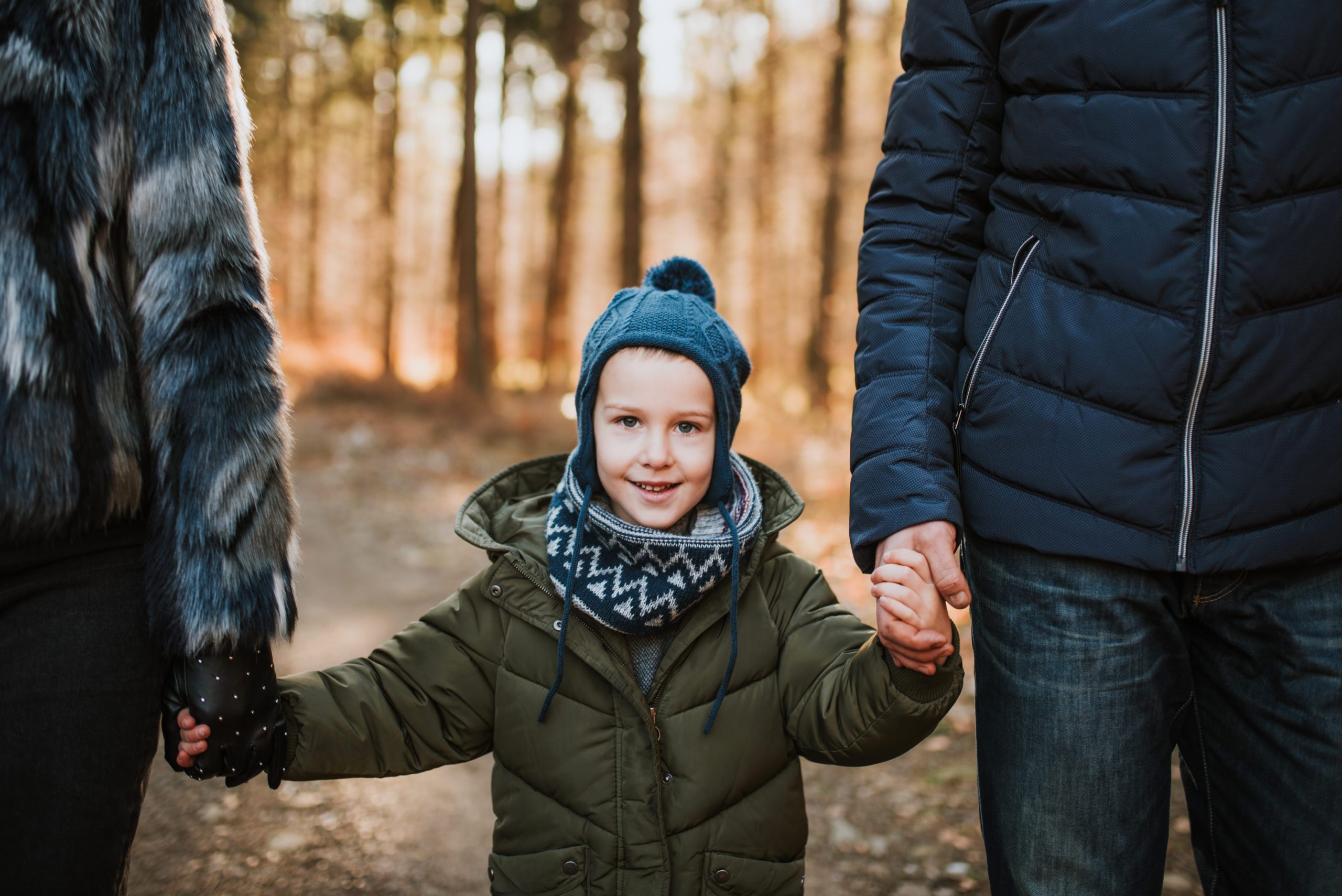