NZ – What Happens After The Lockdown

A lot of people have been asking me lately what I think will happen once New Zealand comes out of lockdown in a little over three weeks. I think too many of you flatter me for my crystal ball gazing abilities, but I’m happy to tell you what I think as I have been doing as much reading as I possibly can over the past few weeks on the COVID-19 disease and thinking about how that will impact our economy, our employers and our clients.

According to a local expert on public health, Professor Michael Baker, New Zealand might be the only western nation to eliminate the virus – no other western nation is on track to do so. In Asia, only Taiwan, Singapore, Hong Kong, along with China might. It is sobering to note that this virus will infect around 60% of humanity and until a vaccine is developed, manufactured on a scale never seen before and distributed, Prof Baker estimates around 20 million people will die. Compare that to SARS when around 760 people died and more recently the Swine Flu which took around 500,000 lives.

It is going to decimate the global economy. I can see countries like South Africa, slip off the economic cliff they have been teetering over in recent years. My biggest fear in countries like that is the absolute breakdown of law and order. And not just South Africa, but in any country where public institutions are not strong or are not trusted by the societies they serve. And where poverty and living day to day is the way the majority of people live in ‘normal’ times. It almost doesn’t bear thinking about.

I am pretty sure the economic protectionist walls will go up. Even here in NZ, we have a Government making noises about getting into business. That is a blog topic all of its own. God help us if that happens. Public/private partnerships maybe, but the Immigration Department call themselves a business and they can’t even get their communication during this time out to their ‘customers’. They couldn’t run a business if their livelihoods depended on it.

Of course for us to have any chance this lockdown must be tight and rigidly (self) controlled.

Professor Baker believes, if we all do this in NZ for three more weeks, infections should peak in 7-10 days but having cut off the possible infection chains, should then go into fairly sharp decline.

Here, until a vaccine is created, manufactured and rolled out over the next 12 to 18 months, we are presumably going to see outbreaks popping up because we will probably never completely eliminate the virus from the population and because with everyone separated we’re not going to build up any sort of ‘herd immunity’.

So what happens at the end of the lockdown if indeed we are on a path to eliminate the virus here?

My reading is the borders will essentially have to stay closed at the end of four weeks (no airlines to fly anyway) and will only gradually open up in the months that follow. If other countries haven’t eliminated it, we are not going to want those people coming here – or if we do, one presumes every person will be tested at the border (I understand there are now reliable ’15 minutes to get the result’ test kits) and if they prove positive, such travellers will go into some formal and mandatory quarantine.

We simply cannot shut ourselves off completely from the rest of the world until a vaccine is developed. If we do we will be eating turnips and hoeing the fields behind draught horses again.

After this four week lock down period, on the assumption the rate of infection is trending toward or has reached zero, and we are on the path to elimination, I suspect we will have the current Level 4 lifted in most parts, if not everywhere in New Zealand, and so long as we continue to practice social distancing, some, may be allowed back to work. I would not rule out an extension of the lockdown though for a week or two if we are still seeing infection outbreaks.

I can imagine a situation where government isolates villages, towns or even cities on an ongoing basis to snuff out any chance of rapid spread. Not quite sure how you do that practically, but you can’t keep the whole country at home forever – will it mean roadblocks and the military, ah la Wuhan and other parts of the world? I suspect so.

I expect the government will have to consider allowing those sitting offshore with work visas, or who are granted work visas, and work in essential industries and in essential occupations (a list which I expect the immigration department to be working on now with our political leadership) will be expanded as they roll out the recovery program, allowing work visa holders to start entering (or returning to) New Zealand relatively quickly following the lifting of the Level 4 lockdown.

I don’t think we’re going to escape a significant jump in unemployment rates – economist are picking anything from 5% to “low double figures”. That effectively means nobody knows.

I’m expecting the government to roll out some further business support. The Australian Government was very slow to start making any decisions over how to treat the virus (still is) but I can’t fault them on their support for businesses. What is on offer to help our business in Australia is greater than anything offered to us here in NZ, at least to date.

The early feedback we are getting from the labour market here is quietly positive and encouraging. Only a handful of clients have been given notice they are going to lose their jobs, the significant majority have not. I suspect the wage subsidy ($585 per full time worker per week for 12 weeks), is helping with that but I think most businesses are probably in something of a holding pattern, pending further announcements from the government. Many companies are cutting wages and salaries by 20% (the maximum allowed to keep the wage subsidy).

I’m confident further assistance is on its way as there is no government that wants to have 10% plus unemployment.

I’m also conscious that the majority of our clients are in highly skilled and specialised roles that are not going to be easily replaced even within a softening labour market. We are still 2000 teachers short and we aren’t going to be able to pull them out of any local hat any time soon. Ditto Engineers, particularly civil and construction related. Also Tradesmen, technical and IT workers.

I do expect it’s going to take longer to get those jobs and we’re probably back to looking at 3 to 4 months for many as we were back in the dark days of the global financial crisis that lasted around two years through 2009 and 2010.

I do believe that this recession is going to last at least as long as the GFC event and that means two years of (relative) high unemployment rates.

In the short term the government has somewhat clarified what options exist for families separated by the border closure. After a week of people like me demanding some degree of clarity, family members can now file an expression of interest in travelling and if they are invited to apply, can theoretically get a variation of conditions to their existing Visa. I have a few clients starting to apply for these but no outcomes at the time of writing. I’m advising most of my clients that applying for this seems to be a waste of time, at least while the country is in lockdown, because the starting point for any decision is that the border is closed and it is closed for good reason.

Anyone needing to travel during the lockdown period must show “exceptional circumstances”, have a ‘critical purpose’ and a ‘compelling’ reason to travel here – I don’t think missing the wife and kids is going to cut it.

Also, it is worth noting, that no Skilled Migrant Category pool draw took place this week. I had previously been advised by a senior manager that it was going to, but in discussing this with at least one other industry colleague post the fact, she had heard from the department that it was not. I don’t read anything into this not taking place beyond the fact that Immigration New Zealand’s comms are a disaster, INZ itself is in lockdown and their IT systems don’t allow them to work remotely. There’s no point selecting expressions of interest from the skilled migrant pool, if there’s no one to process them.

At this point we can still file resident visa applications – they are simply piling up outside the branch office in their courier bags. We have been assured that will deem them to have been lodged, once INZ is back to opening the mail.

It would’ve been nice if the Communications team inside the department had signaled this week’s (and future?) pool draws were on hold. How hard would have been to have posted something on their website? No one appreciates the uncertainty – and the Department had a week following the lockdown to get ahead of this. They haven’t bothered to, or have been incapable of doing so. 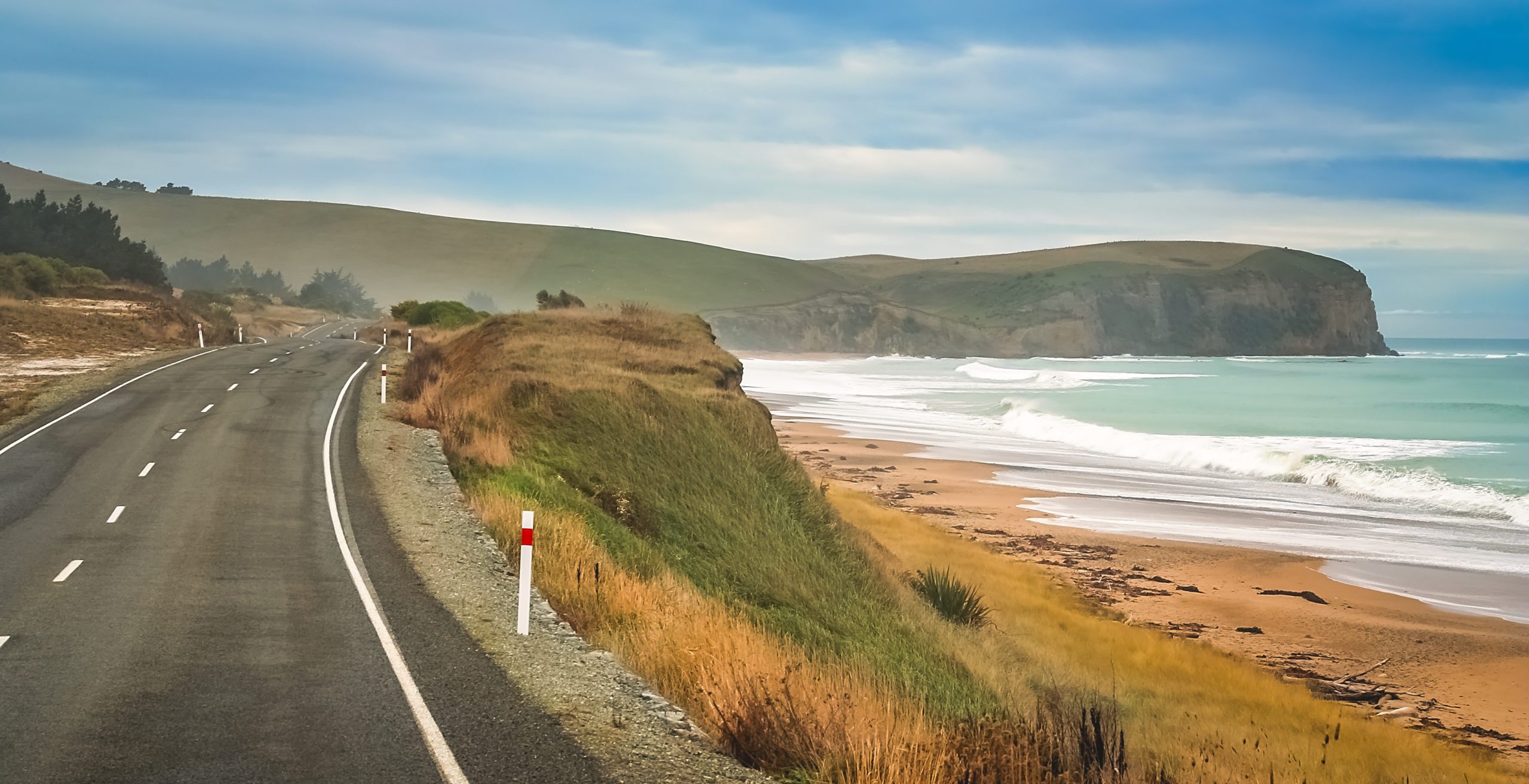