NZ Flying Under The Radar

I have often thought that New Zealanders are so self effacing it’s almost embarrassing. It’s like, team, it’s okay to celebrate our successes, just don’t go all ‘Australian’ about it – because as we all know, no one blows their own trumpet louder than Australia.

This week we saw yet another example of the little country that could – the New Zealand men’s cricket team were crowned world test champions. Now, for those of you that don’t know cricket it is a strange yet engrossing game played mainly among former British colonies. Taking up to 5 days (try explaining that to an American) and advantage swinging toward this team or that until finally one team or the other wins, or strangely, no on wins. Trying to explain to someone that a game might take five days to win (or lose or even draw) can be a real task – I did try to explain this to a baseball mad America once – failed dismally. Point is test cricket is quite possibly mentally and physically the toughest of all sports. Batting, bowling, fielding under a blazing sun (it’s a summer sport for the uninitiated) is a physical and mental test of endurance like few others. I for one, love it.

And this week, New Zealand, population 5 million, beat India (for whom cricket is their national sport with population of 1.3 billion) in a rain affected test match in the UK.

To put that in some context it has been described as a David versus Goliath contest but in so many ways it so sums up New Zealand. The quiet achievers. Flying under the radar. Taking on the worlds best and winning. Quietly. Self effacing, as I say.

As in sport so too many other fields.

I chuckled earlier this week when I consulted with a South African who really loved the thought of moving to New Zealand but thought that the country had ‘no manufacturing’, so was resigned to heading to Australia.

No manufacturing I asked?

We design and manufacture rockets and satellites and we put them into space.

We design and manufacture some of the most technical medical equipment in the world.

We design and manufacture world leading robotics for a range of industries.

We design and manufactured crystal chip oscillators used in most cellphones on the planet.

The thing is we just don’t tell anyone we do it often enough.

It’s a real shame because we are so good at so much but it seems part of our DNA to not scream it from the roof tops. Which is kind of cute but at the same time I find it a little frustrating.

In fact I have just finished a consultation with a potential client and I heard myself telling him that we are ‘quite good at what we do’ here at IMMagine. I thought, actually, we are ‘bloody good!’, so why can’t I just say it? We have moved around 38,000 people and have had to provide one refund to a client when we didn’t secure their residence (and it is worth nohing that was only because I agreed to take on a client relying on a written opinion from a very senior immigration officer but which was not honoured by the person processing the visa – I remain furious to this day).

It just seems deeply wired into us as New Zealanders to not acknowledge that we are really good at so many things. And that to fly under the radar is the way to fly. I suspect that is why so many people love New Zealanders – actions speak so much ouder than words.

So, here new are, having spent two years beating every test nation (bar one) that we have come up against in cricket, punching far above our population weight and we have won it. Our dear cousins across the Tasman Sea haven’t offered their congratulations, only tried to say we can’t be true world champions because we haven’t beaten Australia very often. Which is pretty petty and not very ANZAC friendly, even if it is true.

We have proven time and again we are an incredibly successful country – making films, designing and manufacturing the best yachts in the world, excelling in sports and business. Being a country other world leaders turn to giving us out sized influence for a country with such a small population.

My only regret is we seem so incapable of celebrating these successes, whether they be sporting, business, politics or the arts. Or Covid.

We are a country that punches far above our weight on the international stag and we should celebrate it.

What the New Zealand cricket team achieved this week is undoubtedly the greatest sporting achievement in our history — and that is saying something.

It is a week we should remain true to our DNA but not cringe at celebrating another success on the international stage.

And to stop being so bloody humble about everything! 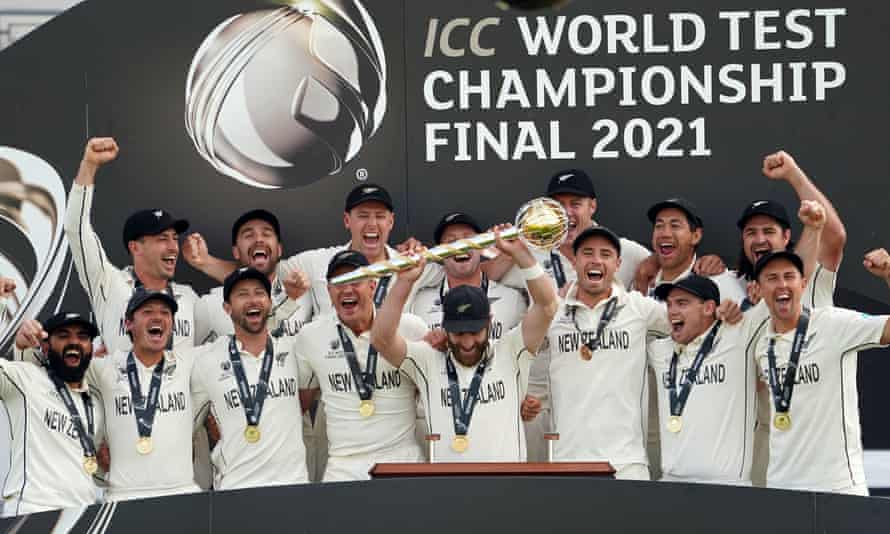