The New Zealand border is, in a staggered way, opening up between now and October. Almost two years to the day since New Zealand was shut off from the world with one of the most tightly controlled borders outside of North Korea, the Government has announced their plan to reopen the border.

I am confident this one will stick, short of a Zombie Covid variant that kills a significantly higher proportion of people who catch it than anything we have seen to date. The political and economic temperature is simply too hot now for the government to walk this back.

By now the benchmarked dates and in theory who that impacts have been made clear and I am not going to go over that in great detail here. It’s how this might play out that should keep you reading.

There will be no more managed isolation and quarantine from 27 February except for the unvaccinated (I am assuming children aged 12 and over will need to be to align with the NZ vaccination programme). Everyone entering from later this month will have to isolate at home (or somewhere suitable, as yet undefined) for ten days. That should reduce by the time the border opens to all in October ‘at the latest’.

From 28 February, New Zealand citizens in Australia are allowed ‘home’. From mid-March, New Zealanders from the rest of the world can follow.

From 13 March – an expanded border exception for critical workers, and skilled workers earning at least 1.5 times the median wage (meaning most of our clients at IMMagine), will also be eligible to enter New Zealand on work visas – meaning they must have a job to come to. This will include but is not limited to health workers, farm managers, horticultural workers, tech sector professionals, those working for accounting services, in education and construction and I note cynically anyone else the government might favour.

In addition, family members who may have been separated from their loved ones by the border and the government’s refusal to let them reunite, can from next month. These are the oft referred to ‘split families’. The catch for them is the primary applicant who is in New Zealand must earn one and half times the median salary pushing their required income to around $83,000. If they don’t earn that then their partners and children will only be eligible to enter from July if they are from a visa waiver country e.g. the UK or from October if not e.g. South Africa.

From 12 April – up to 5000 international students ahead of semester 2 and temporary visa holders who still meet relevant visa requirements. That second group is those siting offshore with a still valid temporary visitor, work or student visa. The numbers in this group would be tiny as most who had visas when the border shut would have seen those visas expire a long time ago.

Then, from July ‘at the latest’, will see Australians and all other visitors/tourists and business travelers who can normally enter New Zealand without needing a visa to travel. These will be your tourists or job seekers…. The government has signaled that assuming Covid case numbers, as expected, now surge across New Zealand, they will bring this date forward.

Also, and aligning with the 2020 announcement to roll out the new ‘job specific’ work visa including the requirement for all employers to be ‘accredited’ (something employers can begin applying for in May) means all those with a job to come to and sitting outside of New Zealand can start applying for all other job specific work visas from July at the latest.

October – the border is open to everyone not covered by the above.

The international border will be fully reopened by October ‘at the latest’.

I think the reality is the Government pulled forward this announcement as the pressure on them to allow New Zealanders to return home has become impossible to ignore. The polls are starting to show the PM is reaching down to pick her halo up off the floor these days.

Given, legally, the Government cannot deny entry to a NZ citizen if the citizen can make it to the border and ways have now been found to get to the border by ‘transiting in NZ on your way to a third country the game was up.  At the same time, while it’s a bad idea politically locking your own out it got worse last week when the NZ Government was embarrassed by the Taliban (yes, that Taliban) allowing an unmarried, pregnant, am I allowed to add ‘infidel’(?) New Zealand citizen safety in Kabul to have her baby because her own Government had denied her a room in Managed Isolation in New Zealand so she could have it surrounded by family. That I am certain was the straw that broke the camel’s back.

There was also the Judicial Review headed for the High court next week over the legality of denying citizens entry. A review the government was certain to lose. And that would be highly embarrassing.

Of course, and not to rain on the parade, two important points to note in the context this appears rushed.

Little detail has been announced – which specific occupations for example will appear on the expanded list of ‘critical worker’ occupations making work visas and entry possible from next month?

Will the behaviour of New Zealand employers and recruiters have evolved over the past two years and will they be more open to online interviewing and offering people who are offshore, jobs? Given we have an unemployment rate of 3.2% which is the lowest in nearly 40 years, they’ve been screaming for the borders to reopen given the acute labour and skills shortages and we continue to not produce the skills locally they need in sufficient quantity, will they now be more willing to play the visa game?

If yes, then for many of you, you might be able to secure work while overseas and be in New Zealand in the next three months. If not then those of you that can fly visa free can be on the ground by July to find work. Those that require visas to fly will be waiting till October. But that isn’t a lifetime away for those who are committed to migrating.

It is also important to appreciate these are dates from which visas can be issued. Right now virtually all of INZ’s capacity is tied up with the 165,000 people who have or shortly will file their RV2021 ‘fast track’ resident visa applications. I have very real concerns about INZ’s ability to process anything this year other than residence. Right now work visas for clients in New Zealand are often taking twice as long as this time last year.

INZ remains in chaos. It is under staffed and the staff they have are largely inexperienced and not very good at their jobs. I am sure INZ management will be crying onto their next annual leave application form this morning over how they can process an unprecedented number of resident visas this year and start offshore visa processing next month.

So having a timeline that is I am confident now set in stone is the best news we have had for two years. I have been around long enough to know however it’ll still be a bumpy ride for you as migrants, employers in New Zealand and we as Advisers.

One thing is for sure, you’ll now need the best possible professional advice and visa management to negotiate the ‘opening up’. 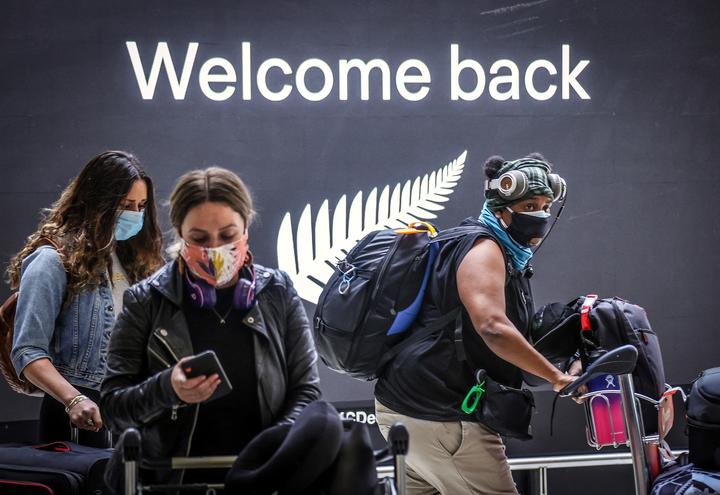