Information received under the Official Information Act proves (if any proof was needed) that the Skilled Migrant Category changes Government is implementing on 14 August are largely directed at stemming the flow of international students through to residence and will not radically reduce the chances of those over the age of 30 that would likely qualify today.

INZ officials are quoted in advice to Cabinet:

The remuneration threshold is likely to have a bigger impact on former international students than people entering through other SMC pathways. International students will typically have less experience and therefore earn less than migrants with more work experience. Around 50-60 per cent of the international tertiary graduates who were employed in New Zealand in 20135 (sic) earned below the proposed threshold.

The Government’s promise to international students to provide a residence pathway has, effectively, been broken. Under these new rules the minimum salary threshold of $48,800 will see significant numbers of graduates from our local institutions no longer qualifying.

That must hurt the $3 billion export education industry far more than they care to admit right now.

While I feel for them, New Zealand offers limited numbers of places to skilled migrants each year and demand far exceeds supply. We have an obligation to get the most for our visa ‘buck’ so while for me it is a shame these students have been let down badly and the Government hasn’t ‘fessed’ up to really stuffing things up in that quarter, something had to give and it was the ‘lower value’ migrants that are missing out.

It is worth repeating there is no cut to the annual target of 27,000 resident visas under this category.

So, what are the new points?

Those aged 39 and under will score 30 points for age. This represents status quo for those under 30 years of age but 5 more points for those aged 30-39.

We can also reveal that high paying jobs with remuneration (note, not necessarily salary it seems) of $97,713.00 will attract 20 new points.

Masters and Ph.D. holders will see their points for these qualifications increase to 70 points from the current 60. Goodness knows why……

In possibly the biggest change, those claiming points for work experience will only be able to claim points for that experience that is skilled (and in the jargon, Skill Levels 1,2 and 3 in ANZSCO). Right now, all work that is ‘relevant’ to a recognised qualification or a NZ skilled job offer gets points up to a maximum of 30.

A case of taking with one hand and giving with the other, reasonably in my view and recognising that those with greater levels of skilled work experience are better for the NZ economy.

New Zealand based work experience points increases from 5 to 10 once 12 months of skilled work has been notched up.

future growth area bonus points,
bonus points for qualifications in an area of absolute skills shortage,
close family sponsorship points
bonus points for being in a skilled job for 12 months in NZ (eliminating a double dip with rewarding NZ work experience under the work points claim for effectively the same thing)
So, if you are aged over 29, have University, Technical Institute or Trade level qualifications these changes will be more or less neutral as I have written about before. Those that qualify today are almost certain to qualify after 14 August because they were not the targets of this fine tuning of the skilled migrant category.

The high salary/remuneration bonus points will assist some who don’t have qualifications to qualify but it is possible some will miss out.

My analysis of these changes suggests government will still struggle to fill the annual 27,000 skilled migrant target it has had in place for over ten years with this new points spread.

That analysis demands a drop in the pass mark but given that is a political decision I suspect what happens from here is the Government will be pleasantly surprised the media completely swallowed the announced changes as a ‘tightening’ and ‘cuts’ (both of which have not happened) and leave the pass mark at 160 till after the election in September. They’ll be hoping they’ve painted a (false) picture of ‘toughening up’, New Zealanders ‘first’ and all that ‘anti’ talk in order to neutralise the opposition parties calling for reductions in migrants.

Then, once they have been re-elected (possibly in coalition with a small anti-immigration party), they’ll let the pass mark fall, confident neither will look like they haven’t ‘tightened up’ and have delivered on a promise to force a ‘cut’ to immigration without having done anything of the sort.

Wonderful use of smoke and mirrors that represent a few tweaks and a bit of fine tuning that in reality only impacts on those would be skilled migrants under the age of 30. Most of whom are international graduate students.

And we might see a few restaurants close around town because of the new minimum salary threshold of $48,800 unless we are all willing to pay more for our Phad Thai and pay migrant Chefs more. 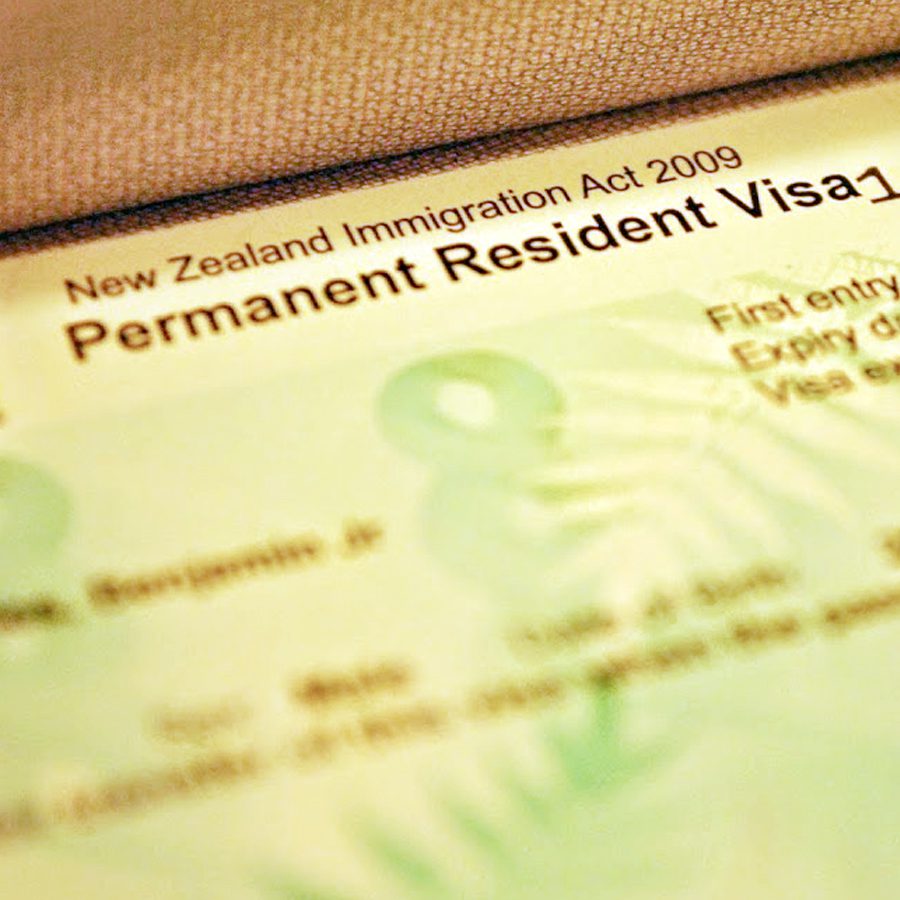