New Zealand is now back to normal. No restrictions on what we do, where we do it or in what numbers. There are no active cases any longer in New Zealand. The virus will only arrive on planes (or boats) so the borders will remain closed, with few exceptions (except it seems movie makers and those with work visas for positions of regional or national importance, earning twice the median income for a time critical project,etc) and no end in sight.

Still the Government stays silent on its plans for the majority with visas who are stuck offshore.

What an interesting three months it has been.

I’ve learned so much these past few weeks as the lockdown forced upon us new ways of thinking about how we live our lives, how (much) we shop, how we get around, how we work and how we do business in a world where if you can’t work remotely and don’t have an online sales portal you are largely screwed. A world where, just as we get over this pandemic, experts are telling us a global pandemic is now expected every ten years as we continue to grow our population, further encroach on natural spaces and get in ever closer contact with the creatures that share the planet with us but which we want to run over with bulldozers and/or eat.

With NZ now free of coronavirus we’ve enjoyed, for the first time in over two months, the freedom to go where we want, however we want and in whatever numbers we want.

It is actually quite surreal.

I’ve learned that at IMMagine we can continue to deliver our service without all sitting in our downtown office. I’ve learned that there’s no need for a Monday to Friday work regime. Even less for a 9 to 5 workday. No reason to spend hours sitting in traffic (cutting greenhouse gas emissions), being stuck on buses or trains or travelling to work at the same time as several hundred thousand others Aucklanders.

I’ve learned I don’t miss Auckland. Sitting up here in Northland in early winter having lunch in the sun in shorts and tee shirt, is really quite nice. I realise I don’t miss airports, planes and hotels.

And there’s one other thing I’ve learned.

If you have a problem do not look to Government to solve it. Don’t expect politicians to know the answers. Not to the big questions, nor the small.

Look even less to the public servants, those agents of Government.

This week we were asked by INZ’s General Manager to complete a survey on the quality of their service over the past few weeks. I’m not sure what he expected us to say given they were not at work for 8 weeks because they are so useless they couldn’t work remotely, but at the same time I am not sure he will enjoy the responses he got from my team.

What first caught our eye was this bold statement:

‘As trusted stewards of the immigration system, we continue to facilitate and protect New Zealand’s interests throughout this unprecedented time.’

For starters, nobody who deals with these clowns trusts the Immigration Department. Nobody who works with them every day like we do, anyway.

They aren’t ‘stewards’, they are state functionaries that get in the way more than they add much value to anything.

We don’t see too much evidence of facilitation either.

Even less protection of the interests of thousands of employers with staff stuck in visa limbo.

What we see is a deer trapped in the headlights not knowing which way to turn.

There will be no new normal for INZ as there is for the rest of us. They have already slipped back into their distorted reality, one size fits all, unplug the brain cells approach to, well, almost everything it seems.

Exhibit A. As New Zealand went into lockdown we filed a work visa for a highly skilled client. He had been offered the position of a Lift Mechanic. He was in New Zealand, his family was in Zimbabwe, the company was looking to fill several such roles. They had advertised for months. He was the only one they found. We filed his work visa, fully documented and almost decision ready (it was when a case officer finally picked it up)

INZ sent out their now standard post lockdown patter, a robotic letter demanding the employer demonstrate that they could still not find anyone to fill the vacancy. Didn’t matter that they couldn’t when they offered the job to our client, all that is important to these ‘facilitators’, these ‘stewards’ was whether they could find someone on the day the visa application was finally assessed. No matter how long they sat on it without actioning anything.

The employer had not stopped advertising when our client was offered the job, as they were looking for several.

We were told by INZ they were not demanding the company advertise some more, but that was the clear inference (even though the employer had been until very recently).

We obtained a letter from an expert industry specific recruiter confirming that the lockdown and rising local unemployment had not seen any rise in the numbers of local applicants available or applying for this and similar highly specialised technical roles. In fact, the opposite is happening – as everyone is back at work and the construction sector is working in full catch up mode, demand for these skills had increased.

We pointed out to INZ that the labour market isn’t imploding across the board, it is selective and some sectors are seeing lots of advertising.

Advertising dropped by around 90% as we went into lockdown and through April (obviously and predictably) but jumped by 75% in May. Hardly an imploding labour market demanding any great change in the way INZ carries out local labour market testing. However, the instruction from on high was they should, so rather than breaking things down by sector or occupation, thinking about how each sector might be impacted (tourism decimated; hospitality lockdown hit but at level 1 now rebounding; ICT, Education and Construction – hardly affected at all) and rather than treating ‘each case on its merits’ we started seeing the same templated garbage being pumped out.

Prove you still can’t find a local they demanded. Okay. Easy, here is a reminder of the evidence we supplied previously and here is an updated snapshot of the market.

Here is the verbatim response (meaning the grammar and syntax is not mine) to that initial response from us:

‘To proceed further of the client’s application to process, we require the following information:

Income tax or bank statements from overseas over a period the client works between April 2012 to July 2019. We note that you have provided the work reference letters from South Africa, however we require this information for the verification purpose only. Also, employer is looking for the applicants to have at least five years length of experience to qualify for this role’

What the officer failed to realise, because she clearly doesn’t know even the most basic of rules is that a person can be qualified for the role they are seeking to fill in NZ if they have a particular qualification OR a certain number of years of work experience. This client has both and is qualified by either and his work experience is immaterial. No need to verify anything.

Further, this is not the first correspondence with this officer – we can but scratch our heads over why this issue wasn’t raised the first time around over two weeks ago (answer – because she hadn’t thought about it the first time she emailed us, she must have thought of this ‘concern’ later).

My colleague questioned why this work experience verification was only being raised now and pointed out that it wasn’t material to the decision.

The officer replied she’d go and speak to her Supervisor.

She replied a few minutes later advising not to worry about the work verification. No apology. No nothing.

Clearly, she didn’t know the rules. We called her out. Only then did she go and ask what the rule was. The Supervisor told her IMMagine is right.

The work visa was approved and issued today. But what a struggle!

Don’t you think, just maybe, if you have a trainee you’d do what I do when someone without much experience joins IMMagine and demand they draft their correspondence, show it to someone who knows the rules, ask them to justify their thinking, get it right and then send it to the client or their legal representative?

Generally, no new Adviser at IMMagine is allowed to send out unchecked correspondence for a year until we have absolute confidence they can do so accurately.

The General Manager of INZ claims he leads an organisation that sets out to ‘facilitate and protect’ during these ‘unprecedented times’. What he leads is actually a three ring circus without a ringmaster. They facilitate little. They obstruct much.

As I reflect on everything that has changed these past ten weeks, how our business has evolved rapidly and successfully to the point where reading this you have no idea where I am writing it, or where the Lead and Second Lead Consultants working on client files are working from, it occurs to me that one thing that will never change is INZ.

The politicians and bureaucrats won’t get us out of the economic hole we are in. It is our clients, their employers and all the other private sector businesses that face the rigours and discipline of a competitive marketplace who will do so.

INZ remains, sadly, a rigid and monopolistic government department that deludes itself as to its role and importance.

They seem to have learned no lessons as at all. 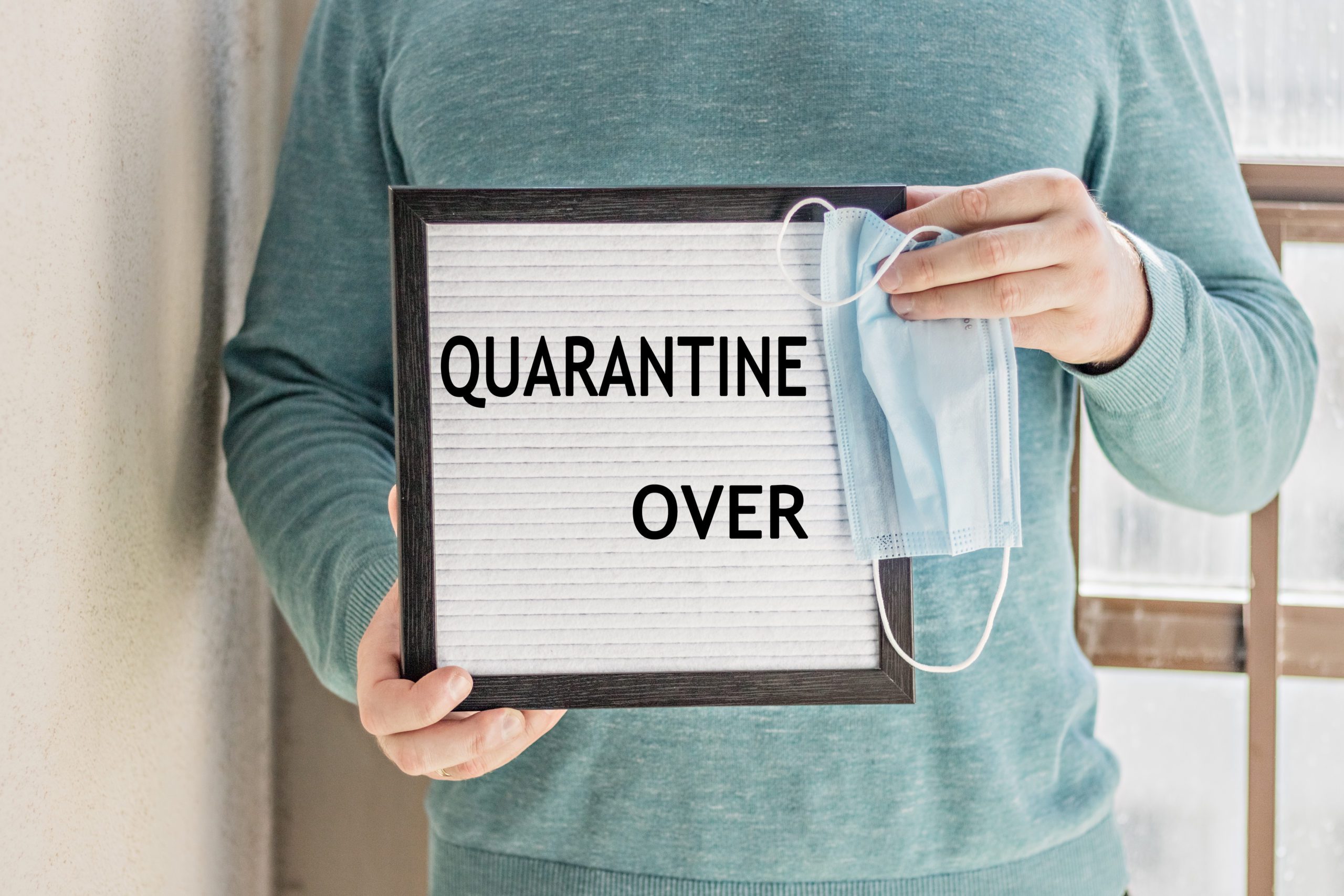