A Mother Of A Road Trip Across New Zealand

What a start it has been for us. Usually we can expect January to begin at a rather sedate pace but not 2018. With a new President in the offing for 2019 in South Africa, I thought the market there might quieten a little – WRONG! – as Donald Trump might say. Our first seminars in South Africa has seen 800 people invited to attend with two weeks to go, from the close to 1600 or so who have asked to attend. The other 800 we don’t believe we can assist unfortunately having gone through our screening processes.

With a seminar in Singapore tomorrow the number invited there just topped 500.

We have started advertising for another licensed adviser to join us, as we expect the year to be an extremely busy one as the world continues to go barking mad and New Zealand represents a first world oasis of calm.

I didn’t take much of a break over Christmas and only got ten days or so but spent it with friends and family up at our beach house and forest block.

We have had the summer of all summers across New Zealand. In December temperatures were on average 2.5 degrees Celsius warmer than usual across the country. Doesn’t sound like much but when 26 degrees and 75% humidity becomes 29 degrees and 75% humidity it is all of a sudden like living in Tahiti or Fiji rather than Auckland or Christchurch. Climate records continue to be pushed hard – last week Invercargill (bottom of the South Island) hit 33 degrees, it was 35 degrees at Dunedin airport a few days ago, Christchurch has hit 36 degrees on many a day over the past 6-8 weeks, and Auckland has been stuck at between 25-28 degrees since November. It’s like February came early…

Rain has been scarce with droughts declared in many parts of the country – the usual suspects of the eastern coasts of both islands but recently on the other sides of the mountains in the South Island as well.

Fish have been caught, snorkelling has been done and I managed to find (last weekend) five intact whale ribs, a whale vertebra and part of a whale jaw whilst puddling around on an island near to our beach house. I suspect given the size of the ribs (think The Flintstones) they came from an animal that has to have been at least 10-12 metres long. We have a resident population of around 200 Bryde’s whales in the area that I have only ever seen once. An amazing find as we swum among scores of sub-tropical fish species, star fish, sea urchins, sting rays and large beds of kelp in the most amazing underwater garden.

The most fun of all the fun though was a 61 hour jaunt with my youngest son Tom just before Christmas who wanted to bring his car back from Dunedin (he is studying down there) to Auckland for the summer.

If you think that sharing the driving with an impatient and opinionated (chip off the old block as they say) 21 year old and listening to rap music for 1431 kilometres might not be fun – you’d be wrong. Possibly not about the rap music but certainly about the fun.

Two things struck me about this trip – we live in the most amazing country where around every bend in the windy roads there is some new gobsmacking view, some new experience, some new taste, some new winery, some new microclimate and there are things you can see in day that would take a month of travel in bigger countries like Australia.

The second thing is how much wealthier this country is from the NZ I was a lad in. Small country towns that were dying in the 1970s are now pumping and heaving with tourists, cottage industries and vitality. It was really hard speeding through so many of them. What I wouldn’t give for a month in a campervan with no planned itinerary.

Falling a little more in love with Dunedin – that most beautiful of southern cities with its Victorian homes and buildings. The richest city during the gold rush of the 1860s it ran out of money when the gold did, meaning the developers never knocked all the beautiful buildings down 100 years later. Grungy, cool, great coffee and an old school charm. Now being restored. Magic.

Stopping off at Oamaru and spending an hour or so tasting local whisky (the driver limiting his intake to just one), enjoying the restored harbour warehouse district (all made out of local stone) and enjoying another small city that has reinvented itself as the steampunk capital of the world. One large $160, 18-year-old bottle of whisky chucked in the back seat for later…

Stopping at the Whitestone Cheese factory to top up on some of the country’s most delicious cheeses including a blue which just won second prize out of 3000 entries in some prestigious international blue cheese competition somewhere in Europe. I made the mistake of mentioning I heard they came third whilst having a taste…met with a scoff and corrected! Second! Alright, already.

A night in Christchurch catching up with my sister – what a great city that is after their recent troubles.

Buying fresh apricots and boxes of Central Otago cherries on the side of the road leaving Christchurch. Driving, eating, wiping juice off chin, rolling down window and spitting out pips – for kilometre after kilometre.

Lunch in Kaikoura where the road north had only reopened three days earlier after 2016s massive earthquake which caused huge damage to the road – amazing on so many levels, the size of the slips and the speed with which hundreds of Kiwis have rebuilt these roads (it was always one of the country’s best drives, it is now indescribable). Stopping off along that road to get up close and personal with the hundreds of NZ Fur Seals that call it home. Marvelling at the new shoreline; in places 2m higher than it was before the earthquakes. A geomorphologist’s dream.

Getting pissed with my son in a beautiful old Victorian pub in Picton and then playing chess deep into the night.

Not enjoying waiting in a long line of cars to board the ferry the next morning.

Ferry Crossing from Picton to Wellington – usually a four hour trip and it began with millpond still waters under a cloudless blue sky in the Queen Charlotte Sound as we cruised toward the open sea.

Hitting the Cook Straight an hour later the waves were as high as 8 metres (that’s no typo). Never seen so many tourists throw down their cameras and throw up so fast. Quite comical (I don’t get seasick). Unfortunately, Tom gets seasick in the bath. Poor lad spent the next three hours clinging desperately to a toilet bowl vomiting, his will to live ebbing away (they say if you’ve been seasick you know what he means). As he clung to the toilet and vomited the rest of his body and his feet swung like a pendulum across the floor from one side of the cubicle to the other.

Two hours in Wellington Hospital A & E while the aforementioned son was put on a saline drip and given anti-nausea medication to stop the vomiting (he is one of those that when he starts he cannot stop). Never let the public health system here be criticised – mid-day, holiday period, admitted at once, seen at once, treated for two hours, checked on every few minutes and released when he felt life could go on once again – no one asked for my visa card or insurance – I pay my taxes you see. Shout out to everyoone at Wellington Regional Hospital.

Two speeding tickets (one the lad, one me), one ticket for driving an unregistered vehicle (the lad), one jovial policeman, one less so, one cussing young male driver at the fact some of the tourists in their rentals really do drive at 30km per hour on the open road (“and they %$#@ brake going around corners, Dad, WHAT’S WRONG WITH THEM?!”). Not helped when you have nowhere to pass them for 45 kilometres because of the winding hilly roads and on the first straight road you floor it and……and….and there is a cop hiding behind a tree with a speed radar gun. One $250 fine later…more swearing and abuse.

Then quiet, with not much talking for about 50km thereafter apart from occasional mutterings about the injustices of the world, the ‘establishment’, ‘tourists who can’t drive’ (he has a point) and the rap music turned up several notches.

Fell into bed after 3 days and nearly 1500kms under the belt.

A wonderful way to end the year. 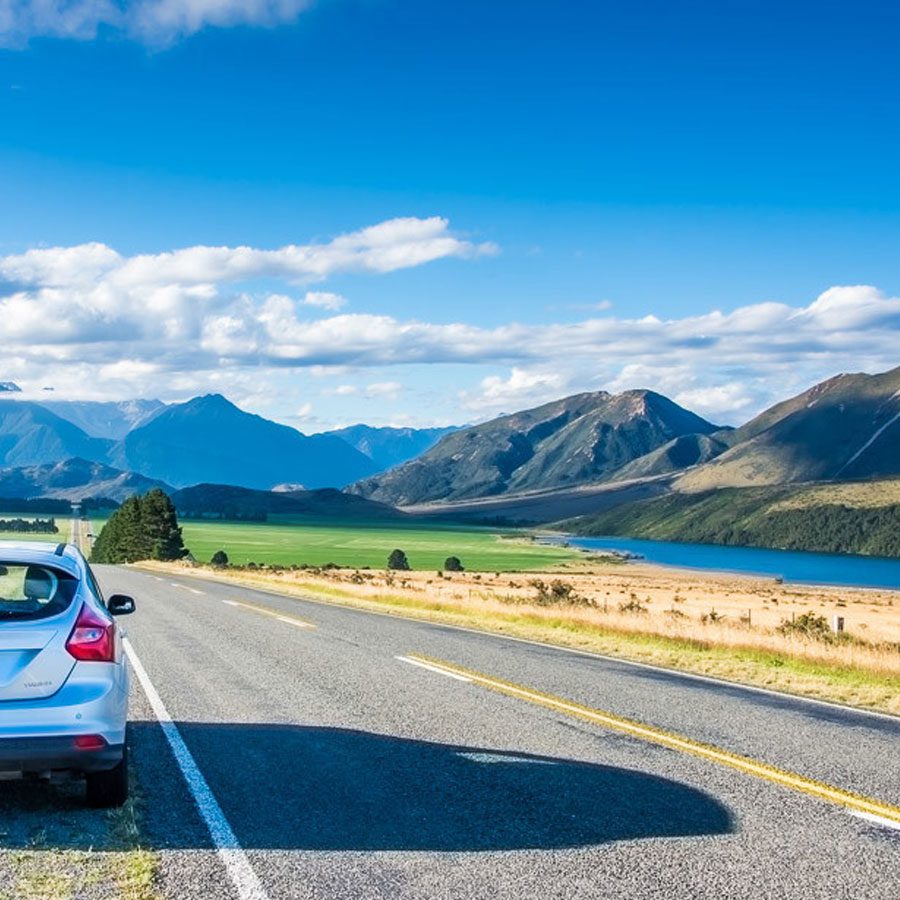