The decision to migrate is, for many people, an extremely difficult one. There are, for people in countries like South Africa always good reasons to leave and equally there are reasons to stay. This week, an illustration of what most clients go through, the difficulties of reaching a joint decision with a spouse or partner and executing the strategy we have laid out for them, is best told by one of our recent clients from South Africa.

Next week we are hoping to hear from the author’s husband and get his side of the story. It is important in my view that we try and offer you both perspectives because, well, let’s face it, I sometimes wonder if male and female humans belong to the same species. I always find that one of the partners is driving the decision more than the other and men and women have very different needs, wants and ambitions. In a nutshell, men are less complex (and that is a compliment to women). Women on the other hand tend to value their social relationships more than the blokes who are happy with life on the couch, the golf course, their job, their routine, their food and their pay TV.

In my 25 years of experience the story you are about to read is entirely typical of what couples go through in what is emotionally a very tough call. So read on for ‘her’ perspective (and thanks Mel for letting us use this). I have edited it but just to turn it into a shorter story…

‘For as long as I can remember, I have always been curious and interested in New Zealand. I can’t pinpoint the exact reasons why, but I always knew I wanted to come to New Zealand.

New Zealand is also regarded as one of the least corrupt governments in the world and widely known for its superb life style. Something I have personally wanted very badly for a long, long time.

When I first started to think about emigrating, New Zealand was my only choice really. I have travelled to many countries and simply would not consider living in any one of them.

When I first mentioned the idea of emigrating to my husband about four years ago, he was not interested at all. At the time his belief was that we were born in RSA and we were going to stay in RSA.

I then found out about an immigration seminar that was being held by Immagine New Zealand and literally dragged my husband along to hear what they had to say. I remember very clearly leaving the seminar with an outright ‘NO’ ringing in my ears from my husband.

About two years later however, I noticed a change in my husband’s attitude and I realised that he might be open to the idea of relocating. Our family had been affected by violent crime and when something like that happens, it makes you look at the world very differently. We attended another free seminar hosted by Immagine and this time booked an appointment with Paul Janssen to see what our chances were with regard to being accepted by NZ and getting into the country.

When we met with Paul we were absolutely devastated to find out that none of our qualifications were automatically recognised and therefore we scored no points for them. Paul did however assure us that due to our age and work experience, we would qualify under the skilled migrant category and could still get into the New Zealand provided one of us secured a skilled position.

I remember sending Paul in the days and weeks that followed email after email asking for advice and assistance, and within hours, getting detailed replies telling me everything I needed to know.

Just when I thought we were about to embark on the immigration process, my husband was assigned to a very big project at work that he could not turn down. Once again my hopes of emigrating were put on hold. Whilst my husband worked on the project, I put all my energy into planning a holiday to New Zealand so I could convince him that it is where we belonged.

We visited New Zealand in February 2011 and spent three glorious weeks visiting Auckland, Queenstown and Christchurch. Whilst visiting the country, we were blown away by the friendliness of the people, the immaculate state of the cities and the most magnificent landscapes we had ever seen.

I remember very clearly sitting at Christchurch airport the day we were booked to return to South Africa sobbing my eyes out begging my husband to leave me behind so I could find work while he went back to close off our affairs and send my pets over. I knew at that point that I belonged in New Zealand and that it was just a matter of time before we moved over.

I was very grateful that my husband’s attitude had changed and he pretty much felt the same after seeing New Zealand for himself.

As soon as we signed the contract with Immagine, we received clear, detailed steps on what we needed to do. Every single time I asked a question, I got an immediate response and often got mails from Paul asking how we were progressing.

Throughout the entire process, Paul guided us, gave us advice and gave us that much needed moral support at the times we needed it most.

In order to eliminate as much risk as possible, we decided that my husband would come over first to find/secure work (either of us with skilled employment could have been the Principal Applicant), whilst I remained employed in South Africa. We did not both want to come over and burn all our bridges. Besides, in order to send our pets and furniture over, we needed a work visa and one of us had to stay behind to manage things from the South African side.

Prior to coming to NZ, my husband applied for several positions on the internet but was turned down each time.

Paul warned us from the start that it would be very difficult securing work from South Africa. He told us that recruiters are very hesitant to enter into discussions with a person who is not in NZ, but that they would consider talking to us once we arrived.

This definitely proved to be the case. As soon as my husband arrived, he met with two recruiters who agreed to work with him setting up interviews.

He saw a position advertised on Seek and applied for it. He was contacted by the company within a few days and met with them for an interview. He was very fortunate to secure the job and receive a permanent offer of employment. I can’t remember the exact period, but it took approximately four weeks for him to secure work after he landed in New Zealand.

As soon as my husband received his offer of employment, he took it to Paul who already had all the paperwork sorted from us to apply for the work visa and Immagine worked with the employer and after a few days the work visa application was filed. My husband had his working visa issued in about two weeks. Once his visa was issued, he started work and with Immagine’s guidance I was issued my open visa which was issued within three days through the NZ High Commission in Pretoria.

I then wrapped up our affairs in South Africa and flew to Auckland.

Paul contacted us just a few days ago to give us the wonderful news that our residency application has been approved. I cannot not believe at how fast it was processed and approved. It only took four months.

Nobody can prepare you on how difficult the immigration process is. This process has pushed us in every single aspect: It pushed our marriage to the very limit, it pushed us spiritually, emotionally, physically and financially. However, I don’t have a doubt in my mind that we have done the right thing. Every single day when I drive into our neighbourhood and look at the magnificent view, I get a lump in my throat because I know this entire ordeal has been worth all the effort and heart ache.

On Saturday night we went with friends into Auckland city to watch a game of rugby and after the game, we walked around the city and went for an ice-cream. You cannot put a financial value on the freedom you feel walking around a city and feeling safe. It is priceless.

One of the hardest things about this process was being separated from each other for five months, but in our case, it was necessary. The other really hard thing is saying good bye to loved ones and friends. We just keep telling ourselves that the time we do see them will be for holidays and although we will not see each other as regularly, we will spend longer visits and spend quality time together.

We were fortunate enough to have a few friends already settled in Auckland, so having a support structure when we arrived certainly helped. Now our lives are a little more settled, we would like to start mingling with local people and building up a friendship circle once again.

No one can tell you whether emigrating is the right thing to do or not. Each person/family must make that decision for themselves. Each person/family is driven by different factors. However, when you do decide to emigrate, you need to cut out all the negative forces and focus on the end result.

It was very difficult for my husband to walk out of a secure job of 14 years into the unknown, and just as hard for me to watch him leave, but we took the advice given to us by Immagine and everything has worked out perfectly for us thus far.

Now that our container has arrived and our home is established, I am ready to start looking for work myself. As the IT market is very buoyant in New Zealand, I am hoping to secure a position pretty soon.

I cannot express my gratitude enough to Paul and the folks from Immagine New Zealand. They have delivered every side of their deal. I have heard so many stories where agents take people’s money and then disappear. This is definitely not the case with Immagine. Immagine walked this path with us and assisted us in materialising our dream. They have assisted most of our friends living in Auckland too.

I honestly think the stress, effort, frustration and money is all worth it at the end. As I have already mentioned, you cannot put a price tag living in such a beautiful city and experiencing this life style.

All I can say is thank you to Paul and Immagine on assisting us in making our dream come true”. 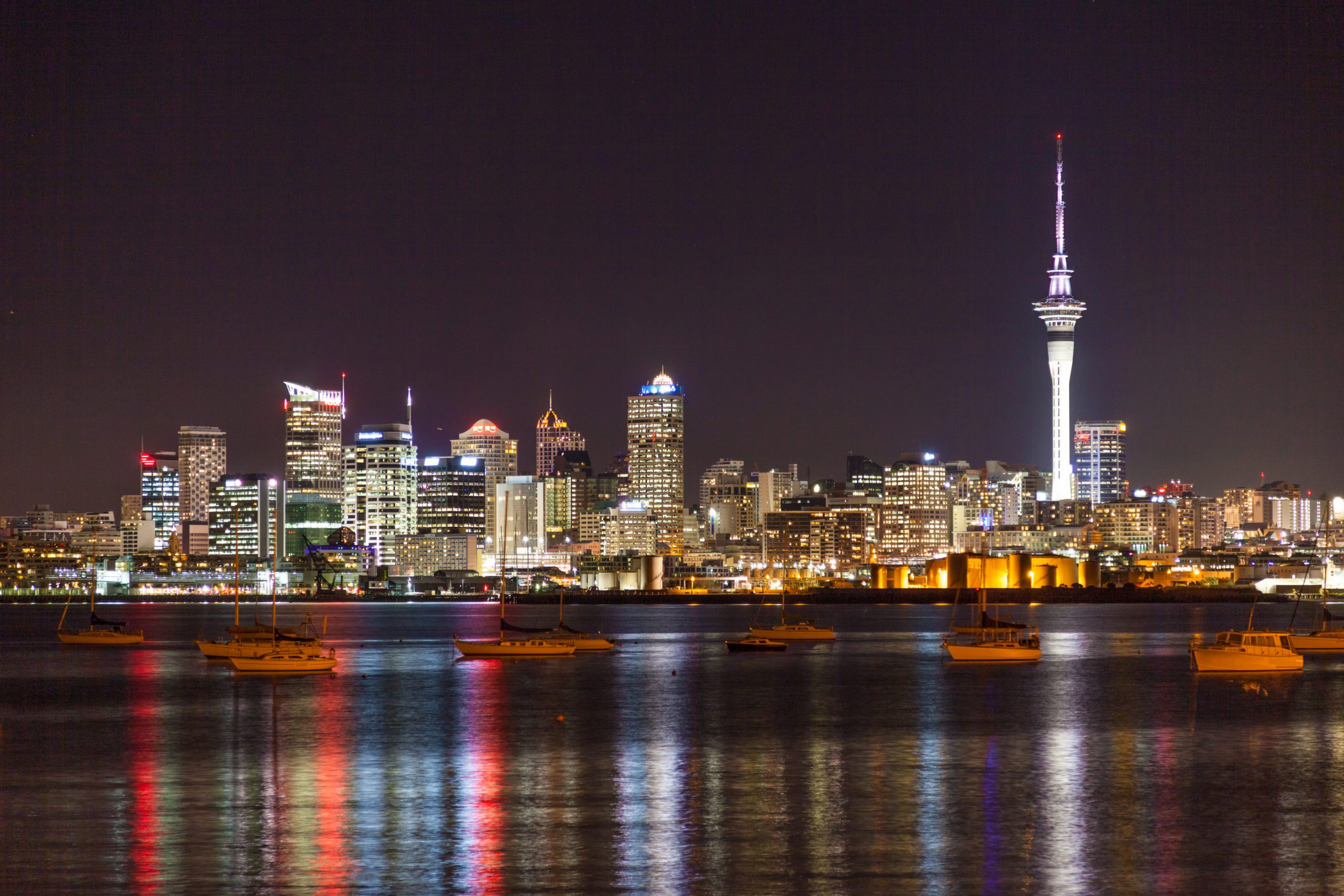