It’s Life Jim, But Not As We Know It!

‘It’s life Jim, but not as we know it’ bounced repeatedly around the inside of my head earlier this week as I ventured out for a couple of hours break from my hectic consulting routine in Jakarta, Indonesia. I wanted to explore what I think might be ‘downtown’ here (but I am still none the wiser). If I had just arrived from another solar system 160 million light years from this place I could not have been more surprised.

The walk from the hotel to the local mall is only about two kilometres but required me to weave around and over broken and crumbling footpaths, tree roots, assorted hawkers and tired looking motorcyclists parked up on the footpaths enjoying a leisurely smoke in the warm afternoon air. Not sure why they bothered with the Marlboros, if they had wanted a buzz they could have just breathed the air. Vehicle fumes are so thick here you could get high by sucking on the atmosphere. Half the locals walking around had face masks on. I could see why. This is air you can’t just smell, but taste. It is faintly metallic. A Pulmonologist’s paradise.

As I weaved my way along a crowded footpath to the local shiny mall with its high end fashion stores, coffee shops and hotels ringed by shiny new office towers and scores of security guards I was forced at one point to dive out of the way of a swarm of motorbikes careening towards me. It seems they were avoiding the traffic in the road by, er, zipping down the footpath! Who needs roads???!!

I can report I have never seen anything like it. Not even in Kuala Lumpur which, until my visit here, is the closest I have come to a gas guzzling fossil fuel paradise with crackpot drivers.

Jakarta, however, seems to take the cake. If the drivers in KL are a bit soft in the head with a quiet loathing for life these Indonesian drivers are positively psychotic.

Five cars span most three lane carriage ways. They sit on their horns. They all push in and push out of their lanes but make little forward progress and it seems no one gets anywhere any faster than had they just stayed in their original lane. The shoulders of the freeways are just another lane to be used by cars and flocks of Kawasakis and Honda 125s. And for every car there are 50 motorbikes (I get the idea but I am not so sure it works…..).

The traffic never stops. I have been in London. I have been in New York. I have been in Singapore and Melbourne. The traffic in those places is heavy and hectic. But here? It never takes a break. And every hour is either peak hour or gridlock. As I type this at close to midnight I can hear the rumble from the freeways that criss-cross this part of the city as loudly as I can during what would pass for ‘peak hour’ in Auckland. It just goes on and on, a low growl from a beast that never sleeps. Spewing its toxic particulates for all to breathe in.

I have realised that drivers here in Jakarta each follow their own, very limited, set of rules. The one they do share in common is ‘Get out of my way or I will continue parping my horn even though none of us are moving anywhere’.

Driving in from the airport a few days ago was to say the least an interesting experience. Perhaps, more accurately, a near death experience. I don’t normally squeeze my eyes shut in the back seat of taxis (nor scream like a pre adolescent girl) but on this two hour ride in to the city I nearly did. Repeatedly. I never realised you could get a car so close to the chassis of a 16 wheel truck that your passengers could read the numbers on its registration bar code but now I know you can (when your eyes are open).

All manner of vehicles either flooring the accelerator competing for gaps in the traffic or gridlock. Where walking would be faster than driving.

In South Africa there is that game of ‘freeway chicken’ played by taxi drivers and owners of Mercedes Benz’s. It involves getting as close to the car in front as you can while travelling at 145km per hour down the freeway.

In Jakarta they not only play chicken with those cars in front (but generally owing to the congestion at slower speeds) they also do it with the vehicles on either side. Three lanes, five cars all trying to squeeze the others out of the way. Has to be a Panelbeaters get rich quick town.

This is my first trip here, perhaps obviously.

A new potential market for us I have been really impressed by the quality of the people we are meeting. Generally fluent English speakers (vital for securing skilled jobs in New Zealand), highly educated and qualified and really nice people to boot – makes the driving habits a bit hard to comprehend.

Most have had enough of the stresses of this mega-city, the non stop ‘action’, the pressures, the corruption, the pollution and the un-family friendly environment that are these sorts of urban environments across Asia and, increasingly, the world.

It is a little hard not to get slightly depressed if this is what we are creating for our children. Our legacy to future generations.

I know I must read like a country bumpkin when you read this and perhaps I am. However, there is something about a city like Auckland with its 1.5 million people with the same malls, the same shops, the same eateries as this city has but which is manageable to negotiate and to live in. Where the 2km drive to the supermarket doesn’t take half an hour and result in near death experiences. Where corruption is absent. Where the air is breathable and doesn’t taste like the burned insides of a tin can.

While I have no doubt Jakarta is no more Indonesia than Auckland is New Zealand I am looking forward to welcoming more Indonesians to ‘life boat’ New Zealand – if I make it back to the airport at the end of the week without my driver taking me under the wheels of one of those 16 wheeler truck and trailer units the taxi driver will inevitable play Jakarta chicken with……. 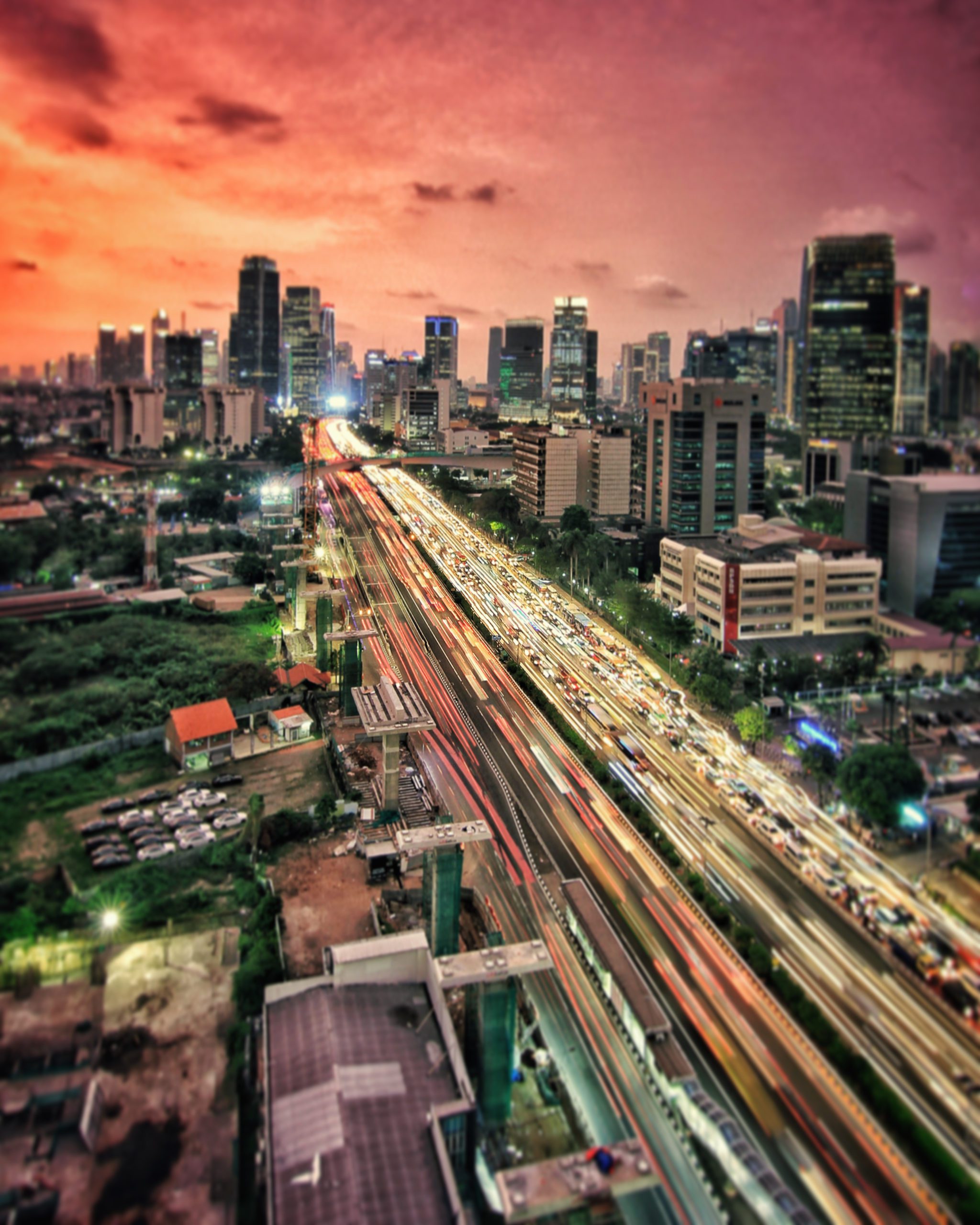