A month out from possibly the most important election in decades I decided to have a look at the immigration policies of the major political parties just in case any of them might have one.

You may laugh but the reality is no major, or even minor political party for that matter, views immigration as anything more than an adjunct to everything else they want to see happening in the country. For a country with an ageing population and a rapidly changing labour market for some silly reason I keep expecting every three years that at least one party might actually not just adopt the status quo. I wouldn’t say our immigration policy settings are broken but that is not say they aren’t in need of some fine tuning.

I am doing this exercise for you because for many of you this will be your first time voting in New Zealand. Here, anyone with a resident visa aged 18 or over and who has lived here for 12 months is eligible to vote in both local and national elections. Note, there is no requirement to hold permanent residence or even citizenship to vote (how cool is that?). Nor is voting compulsory as it is in countries like Australia.

The exercise exploring what the parties were promising was complete within about five minutes.

None have anything new for this new covid world, a closed border with limited exceptions nor changing skills needs given we are now in a recession with the rest of the world….. I am not making that up. None have published any policy that suggests any change they might make beyond throw away lines and platitudes.

You might think with unemployment expected to rise to 7.5% by early next year, Government debt ballooning with the printing of billions of dollars of new money and skills shortages in large part not being alleviated by rising unemployment, that the major parties might be asking themselves if immigration might need to go in a different direction.

On Labour’s website, of 18 policy categories immigration does not feature. On current polling if they aren’t governing alone they will likely be doing so with the Green Party.

Only the Green Party comes close to any sort of proposed change to the status quo – they want more refugees settled here. Fewer economic migrants and more ‘humanitarian’. At least they seem to have a direction they want to take things. Trouble for them if they get back into Parliament is they have no real power so we won’t be getting more refugees.

As Parliament’s biggest party (currently) National offers a bland statement about the importance of immigration but no detail on what it’s policies might look like. That suggest it plans no change if it leads the next Government. Unfortunately for them, they won’t be the biggest party for much longer. Their policies, immigration or otherwise, look pretty much the same as Labour’s, but Labour has a leader with a nicer smile (and that’s all it is going to take for people to vote for her party it seems).

New Zealand First – the traditional anti-immigration party has simply confirmed they want to cut skilled migration (and always make a big deal of it every three years). This time round they want 15,000 skilled migrants per year. That represents a cut of around 10% on the existing target so hardly newsworthy or I’d suggest worth voting for if you think immigration is a bad idea.

ACT – continues the vacuous statements about immigration being ‘valuable’ (I guess that is something) and New Zealand being a nation of immigrants, but nothing in the way of policy.

The Opportunities Party – expresses the view migrants must be able to add economic value – in essence fewer lower skilled people and more skilled people (which is what we do now). They are however silent on the numbers and the mechanism for achieving it.

What is so interesting about all of this is what it says about political attitudes to migration.

Despite being a ‘nation of immigrants’ and most companies and businesses relying on imported skills and labour to some extent, political parties view immigration as a vote loser. So they don’t talk about it except NZ First. No party seems to think our policy settings need to change.

I’ve got a few suggestions (funnily enough) for them.

Operationally I’d be a little more hands on – these days it is vogue for Ministers to not get involved in operational matters but they can set the expectations.

Whichever party governs come next month should start with sorting out INZ’s IT systems if nothing else. So far $38 million has been spent over ten years but come lockdown in March, INZ ground to a halt because staff couldn’t work remotely or visas couldn’t be filed electronically. The Government has printed $50 billion of fresh money over the past four months, so I’d be directing some of this to INZ with an instruction – start again – don’t try and build an online residence processing software platform on top of your old and antiquated existing temporary visa system.

We learned recently that one of the reasons INZ couldn’t work remotely during lockdown is many of their computers still use Windows 7. I think I was 22 years old when Windows 7 was released (I am now 56). The General Manager was quoted as saying a few days ago they are going to buy a few more laptops….riiiiight, good ‘plan’….

INZ needs to abandon their stupid model of having one set of officers in one branch process one type of visa and not have knowledge of any other visa types (like we do at IMMagine). We saw the folly of that when China and India operations shut down earlier this year. All of a sudden INZ couldn’t process visitor visas any more because all of them were being processed in our Embassy in Beijing. Those officers were all sent home and were all sitting doing nothing on full pay. Still are.

I’d also suggest that the Government continue with a labour market driven ‘skilled migrant’ policy because it works in terms of only allowing in those that prove they are employable and there is little doubt being employable leads to better settlement outcomes. It makes sense to allow those who can break into the labour market stay. However I’d reverse the order of the skilled migrant process. It has always seemed daft to me to make the very people we are looking to attract, resign jobs, jump on planes, force them to tell lies about the purpose of their visit on arrival and then make them deal with the Work Visa/Job offer ‘chicken and egg’ – you usually can’t get one without the other – then start processing a resident visa (many of which are declined). I’d be allowing applicants to file their Expression of Interest, selecting them if they are within the job offer ‘points’ of the pass mark, then invite them to apply, get them to file their decision ready resident visa application and at the end of the process give them a work visa and six months to find a job and another three to work in it – then I’d grant them and their family a resident visa. If they are successful in that job search they stay, if they aren’t, then they weren’t really needed in the labour market.

I’d also be creating a pathway to residence for people who may not be highly skilled but who are still valuable to the country. I am particularly thinking about healthcare workers like nurse aids and those that work in geriatric care but who aren’t ‘qualified’ or ‘skilled’ enough to be granted residence as skilled migrants. They might not be highly skilled but we have a shortage of these sorts of skills sets and ever increasing demand. We need an immigration policy that starts to recognise New Zealanders just do not want to do that sort of work so if we don’t import the skills and offer those people some pathway to a future here, they’ll go to another country with an equally rapidly ageing population.

In respect of the Covid response and pulling the economy out of recession as quickly as we can, I’d be opening up managed isolation to private education providers in particular Polytechnics and Universities – if they want to pay for it, fill your boots. The export education and international students are worth $5 billion to this country – or was before we shut the sector down when the border was closed. It employed around 35,000 people most of whom will be hanging on by the tips of their fingernails right now waiting for some action from Government. Universities want the responsibility and I cannot see any reason why they cannot make it a success. Government was running our border and isolation process and we ended up with community transmission…

Alas, none of these things are likely to happen because no political party is willing to publish any detailed policy on how immigration fits into their broader economic and social planning.

If you are in New Zealand or hoping to get here, don’t worry too much about the outcome of the election on immigration policy settings. 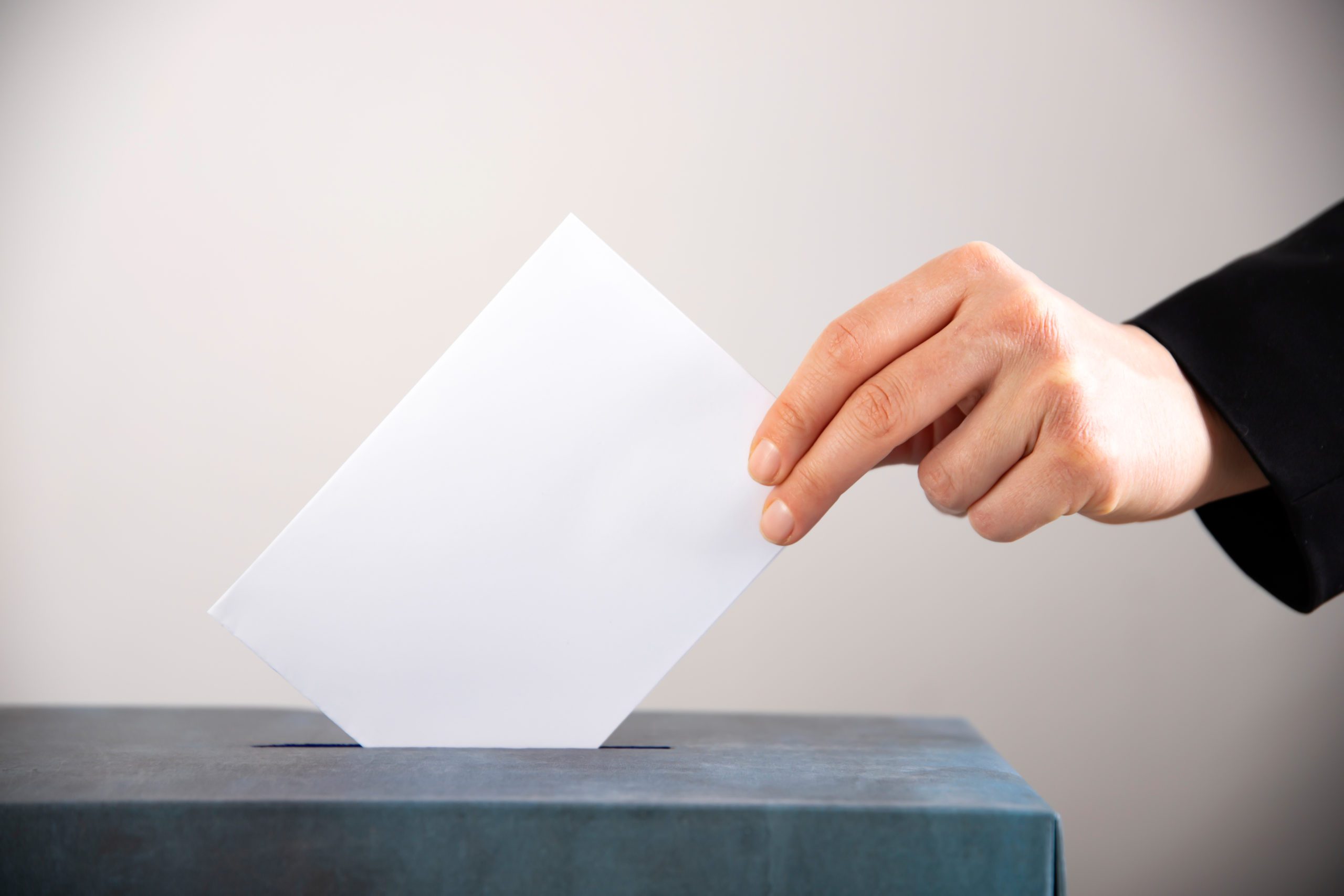