How COVID changed my world

Is it unseemly or inappropriate to say I am somewhat thankful for Covid?

Or should that be I am grateful for the changes that Covid has thrust upon me, the crew and our business?

This time last year I was two weeks into an eight week slog overseas on a business trip to Singapore, Hong Kong and South Africa. No breaks, no days off, same airports, same train stations, taxis, same hotels, same room service menus. I expected that 2020 would likely be like almost every other year in my life during the past three decades – spending almost as much time out of the country as in New Zealand. Don’t get me wrong, I really enjoy it but the irony never escapes me – the guy helping people build a new life in New Zealand and more recently Australia, spends less time in his home country than most of his clients do.

As the coronavirus edged ever closer to me in South Africa through early March, I feared being unable to return to NZ as the obvious first step was for the border to be closed. Luckily, with the latest road show over I got back to New Zealand on 15 March, began the 14 day ‘self-isolation’ period but before that was over we were plunged into a seven week national lockdown.

Like most people I was nervous – not of the virus – but of whether or not I’d have a business and what New Zealand might look like 3, 6 and 12 months later. The border was closed here and in Australia. My eldest son was ‘stuck’ in Brisbane. When would we ever see him again? Give him a hug and sit around the fire pit enjoying a quiet beer before sharing an evening in front of the dart board? Was the economy about to collapse as so many thought?

Were all those years of hard toil and grinding overseas trips going to come unstuck?

My wife and I decamped to our beach house north of Auckland to self-isolate before we were forced to all lock down and I’ve pretty much stayed here ever since.

The summer of 2020 burned its way through March and April. The ground dried out as what seems these days to be annual drought in these parts sucked the moisture from the soil. I was glued every day to media reports on how Covid was impacting on us and those overseas. That and the long range weather forecasts.

Apart from desperately needing some rain, unexpectedly life here turned out to be extremely pleasant. Blissfully quiet – for weeks. Almost no traffic. No one mowing lawns. No loud tractors heading to the beach to launch boats (we weren’t allowed to go fishing). No planes flying overhead or helicopters buzzing across the skies. Birdsong dominated the mornings and evenings as did the sound of waves breaking on the shore below the house.

We would go for a 7km walk every day. Swam in the afternoons on the way home.

I was candid with the IMMagine crew – as managers (and I’d like to think, friends) we’d do our very best to keep the team together. I crunched the numbers – we had enough cash on hand to get us through the next few months and we later took the Government up on the offer of providing wages subsidies. This bought us time to see how the country faired when it came out of lockdown. Across the ditch the Australian Government was even more generous with their wage subsidies and business support (still are) and the time that the wage subsidies bought us meant no knee jerk decisions needed to be made.

The upside of it all was that we were forced to change the way we delivered our service and that change has been far more successful than I could ever have imagined. Obviously, the days of getting on planes and flying to various countries, delivering seminars to packed ballrooms and then hanging around and consulting for a week or so in each centre was no longer possible. At least in the short term (which I expected would likely be 18 months) the service would need to be delivered very differently.

So we tried something we’d often talked about doing but were frankly too timid to try – presenting online seminars. We’d been doing Skype based consultations for years with those who were living in the countries we weren’t visiting or ho couldn’t make it to see us. That part of things I was comfortable with.

Would the business survive however without physically going to Malaysia, Hong Kong, Singapore and South Africa? How would people respond to a virtual presentation?

On a personal level the prospect was tantalising because if we no longer had to kiss our loved ones goodbye and tell them we’d see them in 3-6 weeks several times a year that was a clear plus. Saying goodbye was always hard for those of us travelling so regularly especially when our children were (or are) young. Hard on us, hard on them and hard on their mothers.

From my own perspective I got to spend time at home at the beach house with my family (most of them) and friends as the year rolled on – I suddenly had time in the garden creating raised beds, areas for propagating native plants and growing vegetables, getting serious about the pest and predator control in our piece of rainforest (and more latterly Department of Conservation land adjacent to us that the Government does nothing to conserve).

Perhaps most importantly I soon realised that I couldn’t control what was going to happen tomorrow and I had this zen like peace of mind. I slept like a baby and better than I had in years. I cannot tell you what that means for a control freak like me. My greatest concern was the lack of rain. Week after week and then month after month.

No jet lag for the first time in decades was an incredible bonus only frequent flyers might appreciate. Flying a couple of hundred thousand kilometres every year always sounds so glamorous but trust me it isn’t. Don’t get me wrong, I thoroughly enjoyed the travel for the most part – meeting new people all the time and spending time in countries I’d not choose to live in but love visiting. I had long felt guilty about carbon emissions and what I was doing to the planet – even though I was probably ‘carbon negative’ given we have 22 hectares of rainforest that is now free to grow without being munched to pieces by grazing herbivore pests (as an aside we estimate there’s over 1000kg of vegetation not being eaten every week – that’s a lot of carbon being turned into botanical tissue). I also bought a Tesla for some guilt free driving given 85% of our electricity in NZ is generated through renewable energy – hydro mainly with. A pinch of solar, wind and geothermal.

The team was given the option of continuing to work from home even though lockdowns are a fading memory for two days week which the majority have taken me up on. I don’t expect any clients are any the wiser where the staff are delivering our service from because there is no reason for them to. The staff now spend less time in cars, stuck in traffic adding to Auckland’s terrible congestion, productivity is up and I am sure as a group we have probably cut our greenhouse emissions by around 20%. A small but important step for us as a business and individuals given the NZ Government recently declared a ‘climate emergency’. At the same time achieving a far healthier work life balance. All because of a nasty little virus.

Historically our time as traveling consultants was so restricted we limited ourselves to a small number of markets and while they still dominate our client ‘pool’ it is fantastic now to assist many others from markets we haven’t traditionally operated in like Lebanon, Indonesia, the US and Bulgaria.

These days I can fall out of bed, grab a coffee, put on a nice shirt and present a seminar to audience thousands of kilometers away. I am always very tempted, as I often do when I do one on one online consultations, to turn my computer camera around so the clients can see the view from my office (lounge) – a sparkling Pacific Ocean, big sky and a smattering of lazy clouds. The start of another 28 degree summer’s day.

After the seminar I can wander down to the beach and throw myself in the Pacific Ocean instead of returning to a hotel room. Fresh air in abundance. Sunshine on the back. Just me, the beach, a few seabirds and the ocean. Bliss.

While Covid has brought much misery around the world and we are a long way off it all being over, here in New Zealand we have been relatively untouched by it all through some good management and some good luck including our being surrounded by a lot of water, like Australia. Life has taken on a refreshingly slower pace. I’m not feeling smug about it but equally I am in no hurry to return full-time to the congestion and noise of Auckland nor to climb aboard planes again… not yet anyway, maybe never.

So thank you, you horrible little virus for forcing on me and the team a new way of thinking about how we do this business and thank you to the team for having faith in the company leadership to give it a go. It has been, as I say, far more successful than I might ever have imagined. Plenty of challenges lie ahead with the border likely closed for the remainder of this year but in the meantime I fully intend enjoying the benefits of living in Aotearoa New Zealand full-time and my colleagues in Melbourne get to enjoy the best of their home as well (albeit for the next five days in lock down that was announced this afternoon).

The biggest question playing on my mind now is once the world is vaccinated and I am vaccinated will I ever need (or want) to return to the old model of international travel?

I suspect the answer is yes, some of the time but not because I have to but because I want to. 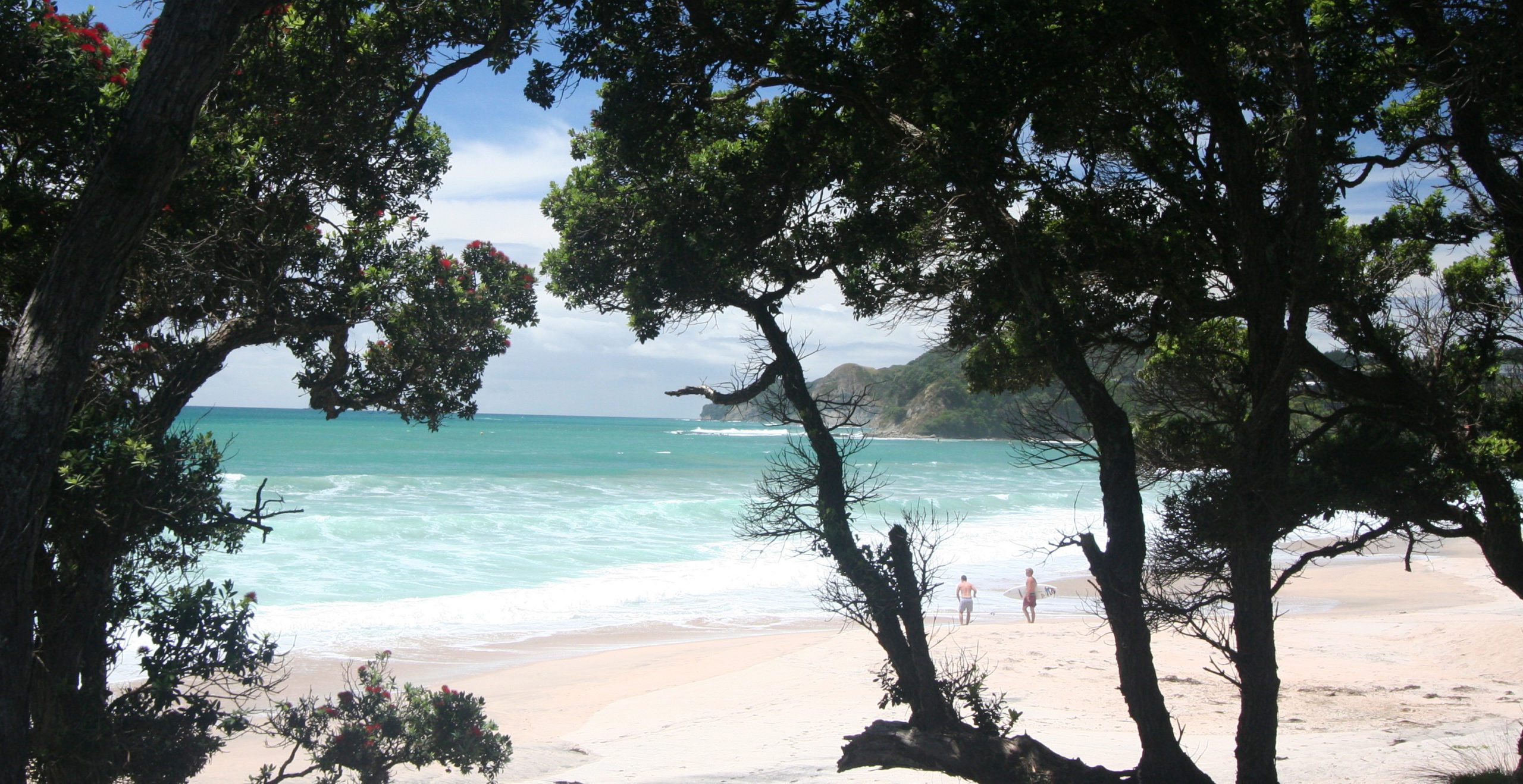