D.A.M.A. – the hottest four letters in Australian immigration circles this month. It stands for Designated Area Migration Agreements but it should stand for Dishonest Attempt at Marketing Australia.

With some justification my industry occasionally gets it in the neck from politicians and bureaucrats for misleading marketing, promises made that cannot be delivered and generally shonky behaviour. We have built IMMagine around the simple premise of under promising and over delivering. It works – I’d suggest the State Governments of Australia and the New Zealand Government take a leaf out of the same book.

Now that competition is heating up among the Australian State Governments for an ever diminishing number of skilled migrants (as national politics sees effective cuts to permanent resident visa numbers and restrictions on work visa numbers), we are starting to see big budget marketing campaigns designed to attract migrants. I have no issue with marketing, I take issue with dishonest and misleading marketing.

We have been utterly deluged since the Government of the Northern Territory announced their “We will pay you $15,000 to move to our northern paradise’ (aka the arse end of nowhere).

Potential migrants are emailing us in their scores, especially the desperate of South Africa, asking how they too can move to move to the Northern Territory as it all sounds so easy. ’Someone, somewhere wants us!’. ‘And they will pay!’ ‘Where do we sign up?’

You know the old saying, ‘If it sounds too good to be true, it probably is’? This is a classic case. Just as the ‘white farmers from South Africa’ found out last year when they were all aflutter that the Aussies wanted to help (only) white farmers. Where is that programme to grant refugee status to them now?

While this DAMA programme does present new opportunities for a small number of people with certain skill sets in a limited number of occupations, this is not a permanent residence visa and no individual can directly apply for a work visa under the scheme without a job first.

The DAMA is accessed under the Temporary Skills Shortage (TSS) Visa stream which allows employers in the territory to sponsor overseas workers under this special labour agreement. It simply allows businesses to employ people in skilled and semiskilled occupations that would normally not be available under the TSS.

This then is not a new visa, it presents almost no change to the status quo but is being marketed as some free ticket for anyone with a sweet tooth that wants a tour of Willy Wonka’s chocolate factory.

It isn’t. It is marketing, and misleading marketing at that.

The bottom line is that to be eligible for this visa you must first have an offer of employment in the territory. Good luck with that — in the entire state there is only 250,000 people spread over an area the size of western Europe. They want people for a reason — nothing much happens there and there’s an abundance of wild things which will eat, sting, poison or otherwise kill you. You travel a day over dusty roads to have a cup of coffee with your neighbour. Nice place for a holiday as they say……

It is not simply a case then of applying to the Northern Territory because your occupation is on their current (short) list. There are quite a few steps that need to be undertaken, not least of all the challenge of finding an employer who is willing to sponsor without the potential worker being in Australia, and not having the appropriate work Visa.

As I have blogged about before getting a job will almost certainly require you to be in Australia, in the State, and actively pursuing jobs and tackling our old chicken and egg ‘no visa no job, but no job no visa’ friend — the employers overwhelmingly won’t be interested in talking to you if you don’t already have PR or work rights.

It is also important to appreciate that this visa is not a permanent residence Visa but rather a temporary work visa to help businesses fill a temporary shortage.

A pathway to permanent residence may also be available, however it will still be dependent on meeting the requirements for PR under some other residence policy. So if you were to pursue this you need to understand that if you get a job, if the employer is allowed to employ you and if you get a work visa you’ll be in Australia for perhaps three years and if you do not qualify under some other residence pathway at that time you will be leaving.

You need to be satisfied that the work visa and that particular occupation presents a pathway to a Permanent residence visa as well and given the Aussies change the rules as often as they change Prime Ministers, I am not sure I’d want to sit in some stinking hot outback town of 250 sweaty malcontents, hoping the Federal Government will let me stay on in three years time.

If you were to take on such risk surely you’d head for one of the States that has people and much more economic activity in it and increase your chances of success, wouldn’t you?

Still, those businesses that do exist in this part of Australia need to be able to operate and some are finding shortages in some occupations so for a tiny minority of people looking for a (radically) different lifestyle, this might work. For the vast majority it is just another cynical marketing exercise with little appreciation that migrants are people, taking risks, and this sorry programme will lead to nothing more than bitterness and disappointment for all parties (including the few people that live in NT who presumably are funding this exercise).

Although we don’t (yet) have regional or state visa pathways for visas in NZ, it is shocking that millions of dollars a year is spent by the New Zealand Immigration Department on marketing this country as a destination. I am constantly emailed ‘complaints’ from migrants who fell for the sweet talk and marketing about skills shortages and needs for this skill and need for that skill who found for reasons I could have told them before they left home, was never going to lead anywhere. Skills shortages and the types of migrants employers will consider are not always closely related. Pitching to millionaires assumes they cannot find us online.

Having Governments marketing to migrants but also acting as visa gatekeepers has always been a clear conflict of interest. One part of the Department says, ‘Come on in the water’s fine’ while the rest are a bunch of hungry circling sharks.

If the Northern Territory is such a fun, vibrant and economically prosperous place, migrants who know how to Google would already have found it.

It’s long since time the Immigration Departments of both NZ and Australia were honest and upfront with people and acting like us – telling potential migrants what they need to know and not what they want to hear.

If something sounds too good to be true, it almost certainly is. 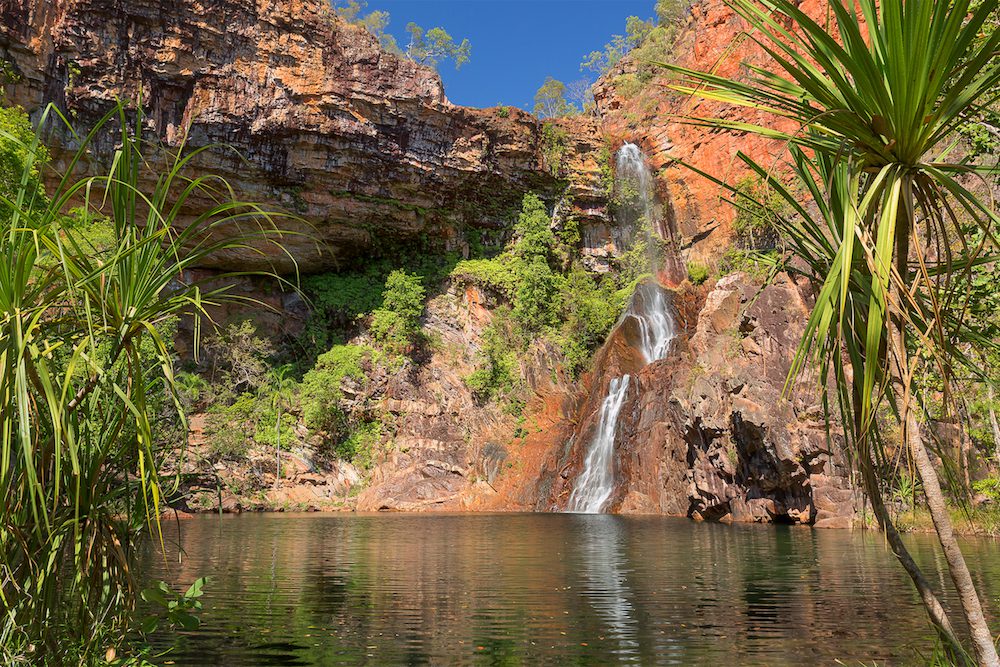