The Future Of Immigration

Like most business owners in New Zealand, I have been desperate of late for some signal from the government as to when we will come out of lockdown and how that might look. This week as the Covid-19 infection rate continued to fall dramatically, it seems the harsh lockdown being experienced in New Zealand is working in terms of eliminating the virus from the population. That’s the very good health news.

But how long can we remain an island in a sea of global infection?

Yesterday, and under mounting pressure particularly from the business community, the Prime Minister did signal that if we continue on the current infection transmission path, we can expect to go from our current Level 4 lockdown (basically everything but essential services closed and people required to isolate within a household/social group) and transition to Level 3 either nationally or regionally (those that can safely work to do so while exercising social distancing but places where people gather such as restaurants, gyms, theatres etc to continue to be closed).

My crystal ball is no clearer than most right now but given my day job I’m acutely aware that it is not hard to close the borders and isolate 5 million people when you are surrounded by an awful lot of ocean, but you can only do that for so long. We are an exporting nation relying on global supply chains. Exports of our primary produce are holding up well and the prices for our agricultural and horticultural products are actually lifting. So it ain’t all bad news.

What about migration? Where does that fit into our economic recovery?

Given that around 40% of the infections in New Zealand have been caused by people entering the country the government announced yesterday that all New Zealand residents and citizens returning from overseas from now on will be required to go into mandatory and supervised quarantine for a period of 14 days. To achieve that they have affectively commandeered 18 hotels and the government will pick up the tab for the people forced into quarantine in them. The police will be on guard and the Government hasn’t ruled out using the military (but they seem strangely reticent to actually get the military involved in anything).

The short answer seems to be that the borders will stay closed for many weeks if not months to all foreign nationals. So far the Government has not said those people are going to have their visas cancelled, only, by implication, they will not be using them for some time.

I reached that conclusion when the Prime Minister said the only reason they had not commenced compulsory supervised quarantining on all people entering the country earlier is ‘scale’. Since the lockdown started around 40,000 people have crossed the border, almost all were New Zealanders. It is impossible to impose supervised quarantine on them all. With most airlines no longer flying the numbers arriving each day is now in the low hundreds.

They clearly don’t have the scope or a plan to quarantine non residents or citizens.

There has been no official announcement about how our immigration systems and rules might change as a result of the economic shock to the country. In fairness perhaps it is too early to know for sure how many jobs will be lost (around 10,000 last week apparently and we started the crisis at 110,000 unemployed and who are largely unemployable).

What is clear is international tourism is effectively dead in the water for the foreseeable future and that sector directly or indirectly employed around 400,000 New Zealanders. Events and Hospitality are also sectors effectively dead, at least for the next 6 – 12 months. These industries have in recent times employed tens of thousands of young people on working visas with some securing residence as skilled migrants through those jobs (where the job is highly skilled). Most of them are going to lose their jobs and will need to leave the country.

Our labour market needs are clearly going to change over the coming months and years as the world tries to climb out of what many believe will be a global depression. It is a strong assumption that the government will not force the newly unemployed of New Zealand to go and pick fruit, take up farming jobs currently filled by thousands of temporary workers, take up waiting jobs when restaurants reopen or work as housekeepers in hotels as and when they might reopen, because in past recessions they’ve never done so. Presumably we are going to need those temporary workers back but the political pressure will remain on for them to be kept out (especially and as long as the NZ First Party remains pulling the Government’s strings). There is of course no guarantee those, mainly young foreign nationals would come back anyway and I suspect many won’t. Are we facing a future of forced work for the locally unemployed in exchange for a weekly Government unemployment cheque? Unfortunately, I doubt it.

While there are 5 million of us living in the country, at any given time there is around 600,000 New Zealanders living overseas. Many of them are young people doing their obligatory two year “overseas experience”, many of whom will be losing their jobs in the UK and Europe in particular and to a lesser extent, Asia. They will be coming home. I’d assume tens of thousands at least in coming months.

We can reasonably expect the recent flow of tens of thousands of Australians each year who have been coming here to slow to a trickle as most were coming over to take up jobs, given, relative to Australia, our economy has been stronger. Plenty of Kiwis will be about to lose their jobs in Australia and will head home. Fewer Kiwis will leave New Zealand.

None of those number can any Government control. They also cannot control what skills they bring with them or take away.

If even half of the New Zealanders living overseas decided to return home it creates both an opportunity and a challenge. The obvious opportunity is they don’t need visas and employers who might want their skills, won’t have to deal with the frustrations of the immigration department. On the other hand those returnees might not have the skills that employers require to get their businesses back up and running. We will get many with skills sets we do need, meaning fewer migrants will get work. Equally many of those returning may struggle to find work themselves if their skills don’t match whatever it is we need.

I suspect that given New Zealand is on a path to eliminate rather than contain this virus, it will make the country an even more attractive place to live and I can see lots of New Zealanders will want, or be forced by circumstance, to come back to a country where they have family and social support.

At the same it will become even more attractive for migrants. It doesn’t matter how bad it gets here it’s about to get a whole lot ‘badder’ in most other places (in my new motto ‘bad’ and ‘badder’ is replaced by a word beginning with ‘f’ when I am in familiar company).

If thousands of New Zealanders return home, they will certainly diminish work opportunities for migrants. If they don’t, the perennial skill shortages will continue to exist, particularly in areas of engineering, information technology, health and aged care, education and teaching, trades and technical.

I think it most likely that migrants who are employed in “white collar” roles are those that are going to find opportunities most limited in the next year or two.

If tens of thousands of New Zealanders return home, the housing shortage is going to get a whole lot worse, mitigated in parts of the country with more short term housing becoming available as work and student visa holders leave the country. You can’t control the numbers of New Zealanders that might decide to return and they are all going to need housing that for the most part we don’t have. Obviously if even half of the 200,000 work visa holders were to leave the country, that is going to take some pressure off the housing stock but they will tend to be renters and I can imagine many older New Zealanders returning will be looking to buy houses.

But who knows? We have a Minister of Immigration who has been largely missing in action since he took over the portfolio over two years ago and has not as far as I’m aware issued a single media statement or press release talking about what the future holds for foreigners in New Zealand on temporary visas now, foreigners holding temporary visas wanting/needing to come to New Zealand who are stuck overseas or how our policy settings might change as New Zealand unemployment rates climb to levels not seen since the great depression.

Virtually every time I ask senior INZ managers an operational question to try and get some clarity for our clients I am told ‘It is on the Minister’s desk’. Must be a bloody high pile by now!

I have heard Immigration Department management in Wellington apparently conceding they have little idea what is going on and what changes might be on the horizon. There was and remains no substantive co-ordinated planning (it was only a week or so ago they started getting laptop computers out to the staff sitting at home and even then they have limited capacity to process visa applications despite $38 million and climbing over the past few years to take all visa processing online). ‘Cluster f***’ was how one senior manager is said to have described the situation a few days ago.

As the fog starts to lift, we will be able to share more with you.

I encourage those of you that are in NZ or trying to work out what the future holds if you want to move here to continue reading my Covid-19 Blog. As and when we gather snippets of information we do our best to interpret the information, as difficult as it can be, and we are posting information there – several times a day on some days. 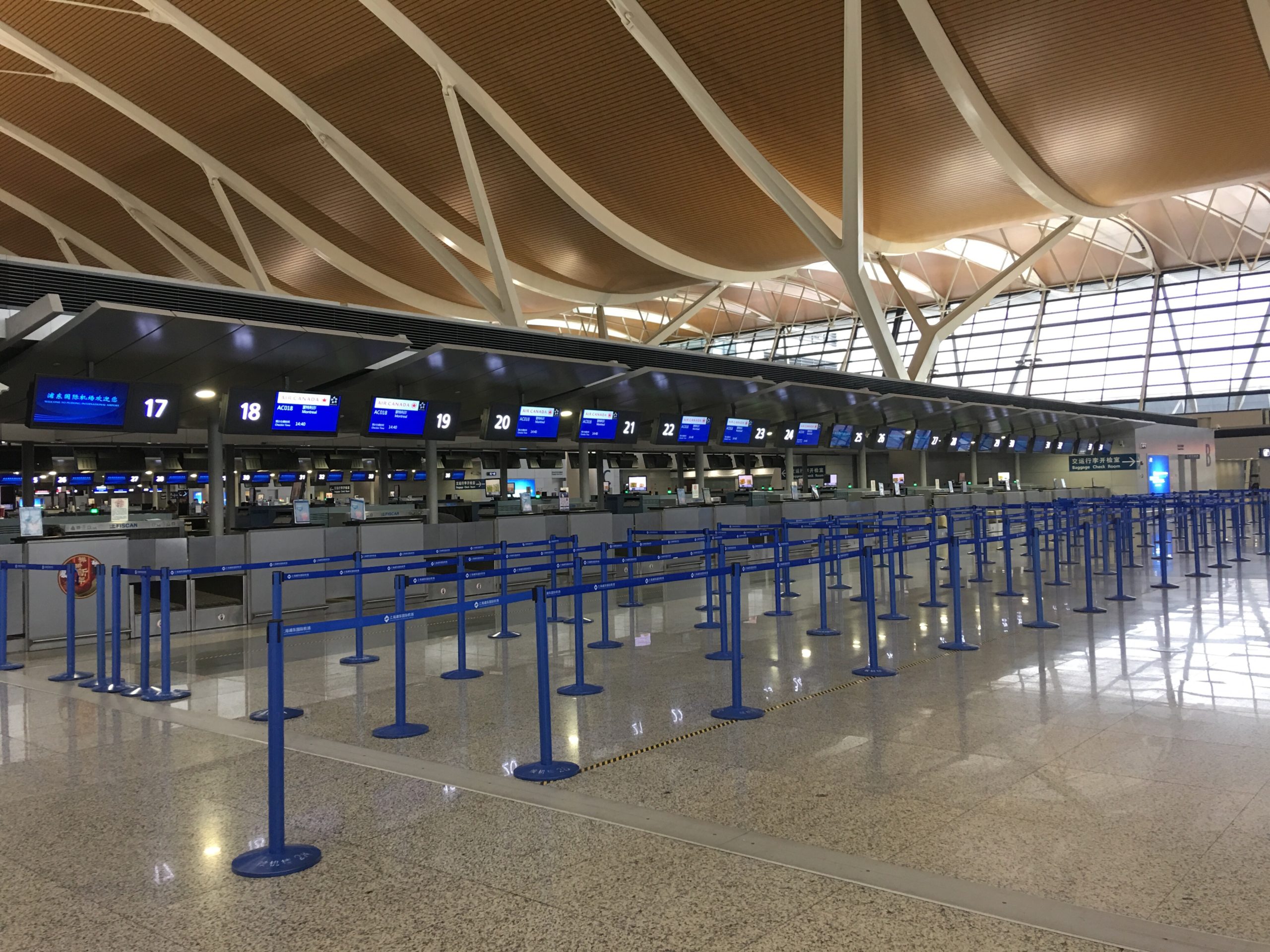