A Few Days ‘People-Spotting’ In The Abel Tasman

I often reflect on just how lucky I was to be born in New Zealand. Not to be smug about it but when I consider what our clients have to go through to secure their slice of this place it makes me very grateful indeed.

Never more so than over the past week or so when my wife and I enjoyed a few days in the city of Nelson and the Abel Tasman National Park with four friends. This top (left) corner of the South Island is known for its long, hot dry summers, crystal clear seas, golden sandy beaches and forests. Vineyards and orchards dot the countryside around the National Park which is criss crossed with wide meandering rivers and estuaries.

Nelson itself is a beautiful small city of around 90,000 people where, unlike the imbecile planners that came before my generation in Auckland, the old buildings dating back to the 1880s and thereabouts are still standing tall and proud. I doubt you’d have ever seen more cute places to drink coffee and then while away a few hours wandering through the art galleries that are abundant in this lovely provincial city.

Over three days we sea-kayaked around 8km, past seal colonies and islands where the predators have been eliminated allowing space for New Zealand’s native birds to recolonise in tenuous peace and walked for 40km through regenerating forest in one of New Zealand’s newer National Parks (est. 1942).

Although I was expecting a ‘wilderness’ experience this is the height of the tourist season and the trails and beaches were, by New Zealand standards, actually pretty crowded.

At times I thought the ‘305 from Munich’ had pulled in. That or the Sea Princess had slid in to a bay out of eyesight and proceeded to disgorge some of the most miserably unhappy looking people I have ever seen. Perhaps they are not used to walking…

We are not talking Orchard Road in Singapore on a Friday night or Yellowstone over Thanksgiving weekend but there was no shortage of wheezing, gasping, limping, chattering, noisy humans – the one animal I was quite keen to escape from.

I have often wondered who those camping and fishing and otherwise outdoor shops that are everywhere in this country sold all their wares to. Now I know. While my small group were walking in old Nikes, any old shorts grabbed from the wardrobe and $8 tank tops, the foreign walkers had all the latest in stink proof, water dissipating, stretch tops with matching water resistant khaki slacks tucked inside merino wool socks and sturdy boots. With German engineered walking poles pumping piston like at their sides.

Being Kiwis we greeted each and every one. Wished them a Good morning or afternoon and enquired as to their general health. The responses were hilarious. At least half stared right through us as if we had not even been there (some feat on a path that’s about 1.5 humans wide). Others grunted. A few said hello. At least two young Europeans who looked like they had slept rough for a week and had just been to an Ozzy Osbourne concert (with appropriate all black attire and over sized baseball caps with mullet hair dos) literally grunted as they passed, eyes unblinking and fixed on the next bend in the track.

One group of spray tanned young Spanish women were determined to drown out the annoying clattering cicadas and delightfully twittering birds by cranking up the loudest European dance music from a set of speakers on one of their backpacks.

Another group who were unfortunately walking in the same direction as us had the same wilderness experience in mind as the Spaniards (as in they were thinking, we are young, nature sucks, it’s lovely to look at but I need the sounds of urbanity – loud) and they too had the music pumping from a backpack. I looked back and saw my companions dancing away behind them…I have never felt so old in my life…is it true the older we get the more imbeciles we seem to come across?

The best of the human spotting had to be the rather pompous elderly Englishman and his wife who decided they did not require any assistance in boarding and then launching their double kayak into a reasonable sized swell on day one.

Rejecting the assistance of three rather nubile young back packers (he can’t have had his glasses on or he’d have seen what he was missing) he responded with a dismissive wave of his hand and a jolly old ‘We’ll be fine…’ Then having rebuffed the approach attempted to get on board.

Seeing the swells were in danger or rolling over the top of the kayak one of the nubile troop tried again and asked if she could hold the kayak for him. At this point he got a little angry and with more hand waving told them in no uncertain terms that ‘IF I NEED HELP I WILL ASK FOR IT!’ at which these helpful young ladies beat a hasty retreat back up the beach.

Mrs “We Do Not Need Any Help” had made it into the front seat of the kayak and was facing out to sea with a grim expression on her face and her paddle at the ready. Never turned her head.

Mr “We Do Not Need Any Help” then proceeded to attempt a boarding of his end of the craft. The breaking waves were doing their best to turn the nose of the kayak side on (something the pretty young things in bikinis could have helped prevent) and just as he went to slide into the seat he completely missed and slid over and off the side of the kayak. With a rather inglorious splash and a waving of his paddle he disappeared under the foam. Having been hit and floored by several more waves as he tried to stand up, he floundered and flayed as the kayak did its best to roll back over the top of him. I’d be lying if I said this didn’t cause much merriment to those of us sitting on the beach chewing on our sun ripened fruit. One of our party was almost in need of the Heimlich manuever.

After several attempts to right himself he pinged up off the sand and balanced his bum once again on the back of he kayak and attempted a ‘landing’ into it once again but this time from the opposite side. With hands and paddle windmilling above him he missed and slid off the other side into the Tasman Sea with yet another rather large displacement of water.

By this time everyone who was on the beach either had their hands clasped firmly over their mouths or were laughing so hard those clattering cicadas were once again being drowned out. Cruel I know. But hey, more than one person had offered to help and no one else had refused as they needed to leave the beach in their kayaks.

His wife continued to sit stoically in front with eyes fixed on the horizon, paddle still at the ready. I got the feeling she’d been in these ‘stuff and nonsense’ situations before where the English stiff upper lip would win the day.

Third time lucky and soaking wet he almost dived headlong into the kayak, somehow managed to get his legs in and he triumphantly dipped his paddle in the sea but realised too late that, with him on board, his end of the kayak was now wedged firmly in the sand and the waves were crashing over his wife. He must have found some strength from somewhere and he pushed at the sand with his paddle as they were lifted on a wave and and off they went at great speed.

Not once did either look back.

The rest of us all sought and gratefully accepted a helping hand as we launched our kayaks.

When we had stopped laughing.

It was, all in all a magical experience spent with great friends in a part of New Zealand that is so like so many other parts of New Zealand. God smackingly wonderful to be in and around.

Add it to your NZ bucket list. Don’t expect too much peace and quiet if you go at peak season but you get to see some very beautiful scenery and some very odd (human) birds. 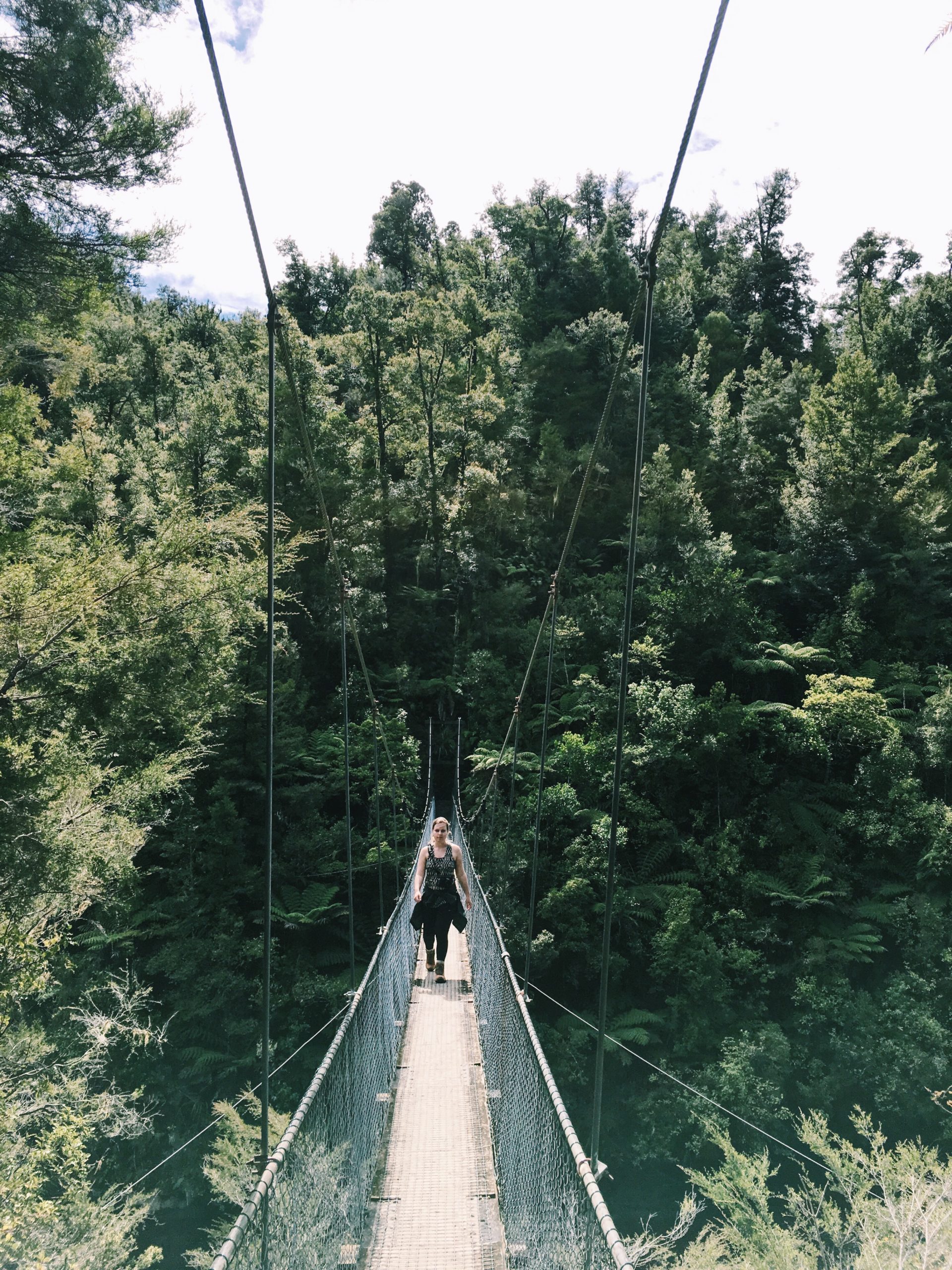