A Deserted Island, A Picnic And A Large Blue Shark

It seems last week’s blog caused more than a few heart palpitations; four people fainted, three were admitted to hospital with chest pains; fourteen had nervous breakdowns and a further 23 took to their beds for all of Saturday. Okay, that’s a slight exaggeration but dear reader, I share these stories and advice with you about the risks inherent in the migration process not to cause you to wet your pants or faint on the kitchen floor but in my attempt at honest and transparent communication. You need to be aware of the risks and the rewards of migration, but please keep my advice in perspective.

For those of you now terribly concerned about travelling to NZ to look for work because you fear that this fair country of ours has more in common with North Korea than you ever thought, remember only about 8% of our South African clients are questioned or stopped and we have had one (out of thousands) refused boarding of his flight in transit.

So the risk is very low. My point was that it is all quite random, bizarre and rare…

How about this week we leave the real or perceived stresses of the border crossing behind us. I want to share with you what might go down as one of the most perfect days of my life.

Summer here rolls on although the first signs of autumn approaching can be felt in the mornings. Where overnight temperatures have in recent weeks hovered around 18-19 degrees at their minimum we are now waking up to 16-17 degree mornings. Daytime temperatures are still in the mid-20s and the humidity lingers although it is starting to decline from regular peaks of 80-90% to the mid 70%.

Last Sunday my wife and I packed the boat with a picnic lunch and our fishing gear. We decided to head out to Taranga Island which lies about 15km off the east coast of Northland. The plan was a bit of fishing, some swimming, a picnic on the boat and some quiet time in the sun.

The sky was cloudless when we set off at 11am. A very big blue sky was stretched from horizon to horizon and our island lay dead ahead floating on a calm ocean. Bream Bay was as calm as I have ever seen it. Barely a ripple disturbed the surface and there was certainly no wind. Not a breath. The sun was promising to be very hot by mid-afternoon.

About 5km out to sea I switched off the engine and let the boat drift as it pleased. The absence of any current and no wind meant we bobbed quietly. The only sound was an occasional ‘gloop gloop’ as whatever ripples there were nudged against the side of the boat.

About 20 minutes in I pulled in the first fish. A 45cm Kahawai. Traditionally thought of as a fish to use for bait, they taste wonderful in either a curry or smoked (not rolled up in Zig Zag paper you understand, but smoked as in cooked over charcoal and a low heat with plenty of wood chips for smoky flavour). We were satisfied with that – at least dinner was covered.

We lingered a little longer enjoying companionable silence and complete solitude before pressing on to the island.

Around twenty minutes later we pulled into our favourite little bay at this island and dropped anchor in 3m of water. Taranga and the islands that surround them are nature reserves – it is illegal to set foot on them.

These islands have been cleared of all predators and are used as sanctuaries for birds and reptiles that cannot survive on the mainland owing to predation. Out there they thrive. The sound of these birds calling to one another is something you sadly never hear on the New Zealand mainland. It really is cacophonous. Incredible. Parrots, parakeets, Tuis, Bellbirds, Robins – this island really does have them all.

This island is pretty big and at its highest point towers to around 500m. I always think of Tahiti when I see Taranga – steep, rugged, with lush mature vegetation, massive trees, vines and flax bushes covering every square inch.

The water is crystal clear, 24 degrees warm and incredibly inviting. The water is so clear that you can easily see 12m down. The bottom is sandy and dotted with outcrops of rock usually covered with swaying beds of kelp. The water is so clear you can see the fish and (according to my wife, the ‘huge’) stingrays that cruise across the bay before wriggling down into the sand where they wait quietly between meals.

After a few swims, our lunch and making like lizards in the sun for a quiet couple of hours we decided to head for home with a planned stop along the way for some more fishing.

At only 800m offshore this island reveals itself for the ancient volcano it is. The fish finder (radar) reveals a steep slope plunging into the depths. In that 800m from the shore the depth had gone from nothing to 65 metres. Over the side went the lines. The sun beat down. Hot. Really hot. 27 in the shade which must make it 38 in the sun.

The shirts went on, the sarongs wrapped around shoulders or draped over legs – our sun is vicious, at this time of the year the burn time is 12 minutes. The sun actually stings so the sunscreen was lathered on. On the sea you have even less protection as the rays bounce off the still water. You cop it from above and below. We drank lots of water.

Caught another 20 odd fish of which we returned 11 to the water (always fish for tomorrow is our motto – take just what you need to have a couple of good meals).

Then the shark arrived. I swear if you had any idea just how many sharks there are in our waters you’d probably never go into the sea. Picture this – the bluest water, calm as a mill pond, crystal clear and a 6m boat. A 2m shark appears, frictionless, sleek and body the colour blue (it was, no surprises, a Blue Shark). Around and under the boat it circled for around ten minutes. I have to say I love sharks – they really are quite beautiful (from 2 m away and sitting in a boat but even when I am scuba diving I love encountering them). Magnificent.

I had a bit of fun with a small fish that had timed its bite on my hook really badly. It was not looking like a good day for this baby snapper – a hook in the left side of his mouth and a shark about 200 times his size cruising up his right flank!

The shark must have been full because he wasn’t much interested in my little fish. The shark did a couple of lazy ‘fly bys’ before ignoring my wee friend (if fish could scream I suspect this guy might have been).

We cruised home, the sun sinking slowly ahead of us.

A magical day. Almost perfect. One of those days you never want to end.

When you get here (or if you are here) and you don’t have a boat then if you Live in Auckland you can experience pretty much all of this by visiting Tiritiri Matangi Island – a ferry goes out there and it is only about 45 minutes up the harbour. Humans are allowed, indeed encouraged, on it and being predator free you can enjoy up close encounters with some of the most endangered birds on the planet. 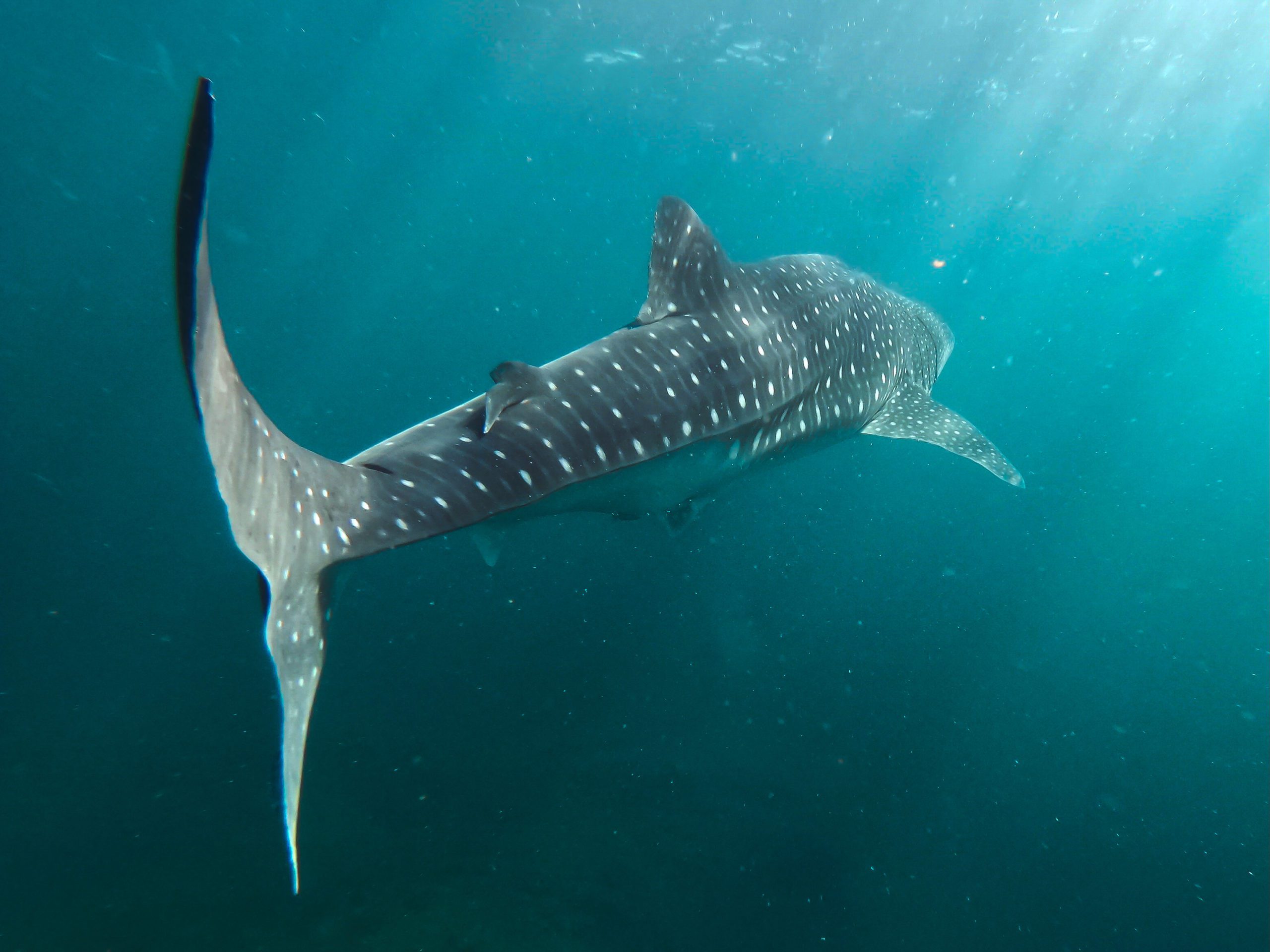