Decided, Looking and Seeing or Looking, Seeing and Deciding?

That is the question…

Regular readers in South Africa will know that in recent times increasing numbers of South African citizens travelling to New Zealand are being questioned about the purpose of their visit when they check in to their flights in South Africa, in transit en route, during a stop over or on arrival in New Zealand.

It is causing understandable consternation among many.

I have been trying to get the NZ Government to acknowledge that it is quite legal to come to New Zealand to look for work, to attend interviews, to check out schools, cost of living, lifestyle and so on because you might think you fancy settling here if everything falls into place. And they have. What they don’t have though is a formal class of visa for this.

I believe there is a relatively simple solution to that.

To once again explain the issue; with New Zealand employers overwhelmingly demanding face to face interviews, demonstrations of commitment to the settlement process, fluency in English and cultural compatibility, there is only so much you can do through CVs, emails and Skype. In the end, our experience clearly demonstrates that employers want to see your boots on the ground here, evidence of real commitment and availability to start work subject to having appropriate visas.

As I have written about previously, we are finding about 10% of our South African clients are being questioned at check in, en route, or on arrival as to the purpose of their visit. The other 90% have no issue so this is not a big problem…unless you are one of the 10%.

On what to say if asked we have always advised clients to tell the truth – they are here to ‘Look, See and Decide’ if they want to settle here – primarily on vacation and as a secondary purpose to see if they are employable and might want to live here.

What happens when people are questioned depends very much on who does the questioning, rather than the answers given. Around half of the clients questioned are not hassled further and are allowed to board their flight or receive a ‘normal’ Visitor Visa on arrival. This means once they get their job they can stay in NZ and change their immigration status later e.g. get a work visa once they have secured their job rather than fly home secure the work visa and then come back to NZ a few weeks later.

About one in 20 of our clients has been given a ‘Limited’ Visa on arrival meaning they could not change their status once they found their job which as I understand it, all have done.

Realising this is a very subjective area of the rule book INZ recently issued one of their internal information circulars to their staff which sought to offer further guidance to their officers – what to do when someone standing in front of you says they are on a ‘LSD’ trip.

Officers have been told that if the person who might become the main applicant for residence i.e. the potential job seeker has sold their home and resigned their job then in the mind of Government the person has in fact ‘Decided’ and is only now ‘Looking and Seeing’ and should be as such given a Limited Visa.

Government is not wrong on this – given most South Africans fund their migration through the sale of their home many will have had to have sold it to raise the funds and to get the process under way.

Equally, given most migrants take 2-4 months to find employment once landed here they are forced to resign their jobs in order to have enough time to find work here. If they come for two weeks and try and land a job I’d suggest 99% would fail to secure the job.

So all the migrants (ones we will later congratulate on securing residence and adding to our nation’s skill base) here looking for jobs are effectively being forced to resign their jobs at home to maximise the chances of the outcome they seek here eventuating.

Given New Zealand employers ultimately determine who gets residence (because they decide who gets jobs) this situation is still highly unsatisfactory.

It is not unreasonable for migrants to want a degree of certainty they will be able to enter for the purpose of finding work – because this is what NZ employees demand and there is little to no evidence that South African citizens overstay their visas if they don’t find work – they go home.

It is not unreasonable for them to have to have the money to do it – and like most middle class skilled migrants their wealth is tied up in property.

Nor is it unreasonable for highly skilled, fluent english speaking migrants from anywhere to have resigned their jobs. Time is needed on the ground in NZ because most employers demand work visas before they will offer a job and the only remedy for that is applying for many roles to find the one employer willing to play the visa game. Time on the ground is the only solution on offer today.

At the same time New Zealand has a right to protect its borders and it is very clear that our Government has an opinion on what is happening in South Africa that has led to the ‘risk profile’ of South Africans being elevated to the level where people are even being stopped in South Africa before they board the plane.

There are some obvious solutions to this which would require tweaks in immigration rules but I continue to be disappointed no one inside INZ seems terribly interested in listening to what they might be even though it increases certainty for migrants and acts to protect the border at the same time.

The simplest solution would be if a person is employed in an area of immediate or absolute skills shortage that they file an Expression of Interest in residence, and if they meet certain criteria – age, qualifications in that area of skills hostage and X number of years experience, they be invited to apply for residence and at the same time are subject to health and character requirements being met. They’d then be issued an open work visa, valid for perhaps three months, so they have that long on the ground in NZ to find the skilled job offer to ‘top up’ their points claim.

That allows the Government to keep these people ‘at home’ until the risk is assessed, allows a detailed assessment of their employability and whether they tick the other ‘risk mitigation’ boxes and then give them work visas to travel (possibly alone and without any family which further mitigates the risk) to NZ.

If they find a skilled job offer in the three months, the process can move on from there.

Not difficult and it wouldn’t require immigration officers to do anything more than they do now in terms of assessing people against the set criteria we look to attract – it would simply change the order of bureaucratic and visa events.

To my way of thinking, that makes far more sense than sending out signals that a significant target market for skilled migrants might be increasingly excluded. To be fair I have no doubt the Government is NOT trying to exclude South Africans – their concern I would speculate is people who can get here visa free are people who can raise they hands at the airport and say ‘I want asylum’. If South Africa continues to deteriorate as it has in recent years that is a distinct possibility.

However, and in the meantime, we are having to advise clients not to sell their homes (just take out a flexi-bond or increase your mortgage if you don’t have the cash for the process saved) and think seriously before you resign your job and travel.

Remember, 90% of South Africans travelling here for the purpose of finding work are not challenged along the way and only 10% are (in terms of our clients anyway). Of that 10% less than half were given limited visas. So we are talking one in 20 with a problem, so it needs to be kept in perspective.

Our concern is that the number is increasing and it is unsettling. We do not know if we should raise the possibility that 10% have an issue and frighten the other 90% or just say nothing. Our morality doesn’t allow that unfortunately – we feel obligated to advise clients of all the risks just in case.

The internet is abuzz with false rumours and jibber jabber about this issue and for the sake of changing the system to accommodate principally the needs of NZ employers, INZ and the Government need to get with the (their!) programme.

Right now they are expecting the same people they want as skilled migrants (and it should be said not just from South Africa but from another 30 odd countries from which people can travel here without visas) to either not tell the whole truth or simply lie when asked the purpose – in order to meet the same Government’s residence programme criteria.

It isn’t fair to say to the highly skilled – ‘we want your skills and we want you to secure a job but at the same time won’t let you in potentially to look for one when it’s what the employees who have the skills shortages demand’.

I would even be so bold as to say more it’s more than a little crazy, when there is a pretty simple, risk free solution that I can offer. 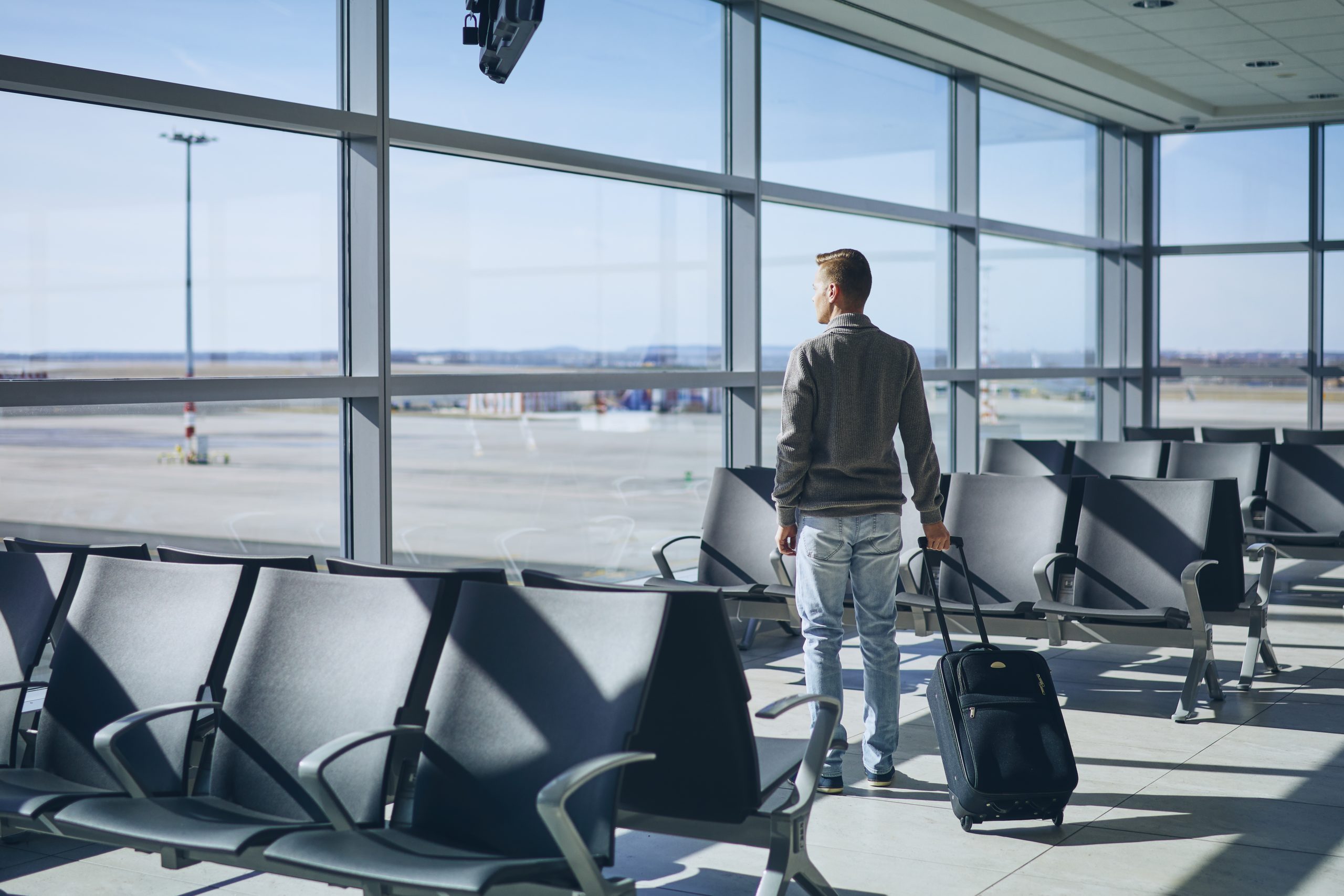