About a year ago I wrote a blog reflecting on national crime statistics for the year ending December 2011. In that year crime was down by around 10% on the previous year. I didn’t think it could improve beyond that especially at a time of relative economic quiet (traditionally with higher unemployment so too crime rates). However, it hasn’t happened – our safe little country just got even safer.

How strange it is then that the media still headlines crime on the Six O’clock news bulletins and splashed across the front pages of the daily rags that pass for newspapers in this country.

While these statistics are, I suspect, a true reflection of the rates of crime in this country is this a case of everything being rosy in paradise?

The Police are quick to point out that they are more focussed on crime prevention rather than crime charging and solving. One of their tools is earlier intervention and in particular in cases of domestic violence (which dominates our crime against persons stats) using what are known as Personal Safety Orders which allows the Police, without anyone being charged, to remove a person from a domestic situation whether they usually live at that address or even if they own the property. The individual can be asked to leave for up to 5 days. A cooling down period which appears pretty effective. Assaults are significantly down in the past three years as Safety Orders increase. It appears to be working.

Naturally there are critics and those that would argue that ‘real’ crime isn’t getting better, the Police are simply charging people less. And in that there may be some truth.

Take drug offences. The Police have been focussing heavily on prosecuting drug supply and dealing harshly with that through the Courts. They are less concerned with charging users of say, cannabis/marijuana but giving verbal warnings (not to be confused with a formal warming which is recorded as an offence).

I continue to be astounded at how blasé my own sons and all their friends are about recreational drugs (cannabis only I desperately hope) and underage drinking. Not helped as a parent I might add when these young men and women watch those (inane) reality Police shows which show young New Zealanders being stopped by the police who from time to time find a ‘joint’ and who do not press charges but destroy the offending item by crushing it under their feet.

It raises an interesting point of discussion between my friends and me.

On the one hand we live in a society that increasingly does not view the use of recreational drugs as a crime. The fact is cannabis is freely available and used by many people of different age groups and backgrounds means that it is commonly found in many social situations.

Its use and possession however remains unlawful.

When the Police themselves are not taking a hard line on its use it certainly makes it more difficult for we as parents to ‘police’ its use and make our teenagers understand it is a crime when those tasked with enforcing laws see it as low priority.

Maybe the Police approach is right. If Society accepts the use of (relatively harmless) drugs, the Police are perhaps just reflecting the values of that Society. Maybe it is time for a law change.

Burglary of course remains the most common of crime.

I live in Mount Eden, a suburb of Auckland that lies on the fringe of downtown Auckland. One of Auckland’s oldest it is full of hundred plus year old villas with no off-street garaging for cars, low levels of security, generally no gates to prevent people coming onto our properties and houses that have old wooden sash windows that are not hard to jimmy open. An area of relative wealth meaning good pickings for those that might be so inclined to help themselves. Mount Eden is apparently the burglary capital of New Zealand. My family have had a number of brushes with burglars in our 20 years in the suburb.

Only last Tuesday morning my eldest son was watching TV at 2.15am (as you do it seems when you are a University student) and thought he could hear people talking outside the lounge on our driveway. We don’t have garages for our cars but a driveway that sits beside our house (and TV room). He turned the TV off and went to the front door. Two men ran down the driveway and jumped into a car and sped off. My son waited outside to see if they would come back (having noted the type and colour of the car – too dark for a registration plate) and sure enough about five minutes later these guys cruised past once again. He thought little more of it and went to bed.

At 8.00am my neighbour knocked on the front door to tell me that my son’s car (parked on the road) had been broken into. Given they live in a state of near perpetual poverty (or so they tell us) I assumed they would have left nothing of value in it. However, it turns out my youngest son left his GoPro Video camera that I had given him three days earlier for his 17th birthday in the glove compartment. It was gone. As was his school bag with his year’s books and notes along with his iTouch. The thieves left his uneaten lunch of sandwiches that had been in his schoolbag (and may have been there some days knowing Tom).

Suffice it to say I was furious. Not only at the thugs that think they have the right to break windows and help themselves but to silly 17 year olds who despite their father’s plea to never leave anything of real value in the car, especially when it is parked on the road, one son did.

We duly reported this to the Police and my eldest son gave them a good description of the vehicle they were driving. They were genuinely interested. They have a good track record in our suburb of finding thieves like these. Goodness knows they get enough practise.

If there is a good side to crime here it is that it tends to be against property rather than people. If someone breaks into your house they aren’t going to hang around just to harm you. Violent crime against people is overwhelmingly domestic violence. That doesn’t excuse it but should reassure anyone thinking of moving here that crime is real but it is low level and generally not personal. If you get bashed, chances are you will know the person who did it. It might not make you feel better if it happens to you but reinforces our streets are generally very safe.

My wife often walks around 4km to the gym, before and after dark, summer and winter, rain or shine. She thinks nothing of it. She carries no protection and is armed only with a cellphone. That is the reality of ‘crime’ in this city and this country.

When I consider that if we murdered people at the same per capita rate as a country like South Africa we would murder around 1000 people a year it brings home just how safe New Zealand is (and how unsafe places like South Africa really are).

It remains pleasing though to see the crime rate continues to fall and a very safe country is becoming even safer. 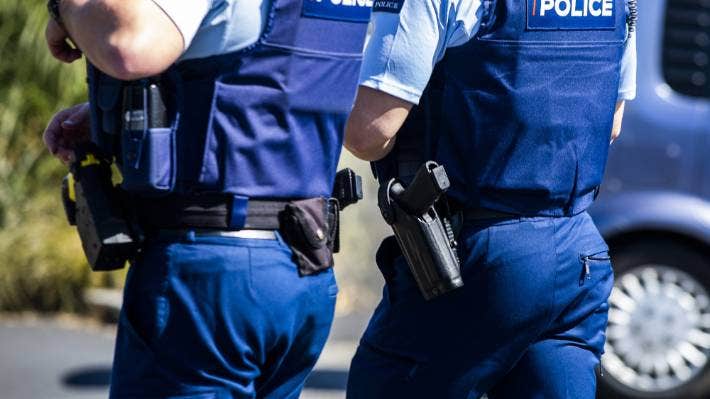