A few months ago I wrote that my family along with some friends had bought a block of steep, Northland rainforest complete with two streams and several impressive waterfalls. Our reason for buying this 22 hectares was primarily to create a conservancy; give this land back to nature. It’s our intention to offer the helping hand all our forests need these days to recreate the conditions that existed in pre-human times when there was an absence of introduced predators including rats, mice, weasels, stoats, ferrets, cats and that king of local forest destruction, the Australian Brush Tailed possum.

All will attack live birds and those that can climb trees eat nesting birds’ eggs and their chicks. Our native bird species stand no chance.

For those of you unaware, in New Zealand, we only historically had two species of native land mammal: the short tailed and long tailed bats. Both are now rare but recent reports suggest they are back thanks to similar predator control programmes around Auckland.

In the absence of native land mammals, every niche in our forests were filled with birds and the lack of predators, the savings in energy (flight uses, relatively, far more energy than walking) and the safety of the ground meant many birds became flightless. If you’ll forgive the intended pun, they became sitting ducks for these predators. Our mainland forests now are usually depressingly silent.

More and more people, however, are getting together to do what we are. Make New Zealand predator free.

It was our intent to go to war on behalf of the remaining birds and less sexy but no less important vertebrate and invertebrate communities that are also nutritious snacks for rats and possums.

We took possession in July and have since put out half a dozen traps and around 30 bait stations which dispense poisoned food pellets.

I know our forests are crawling with these vermin but I have been shocked at the results in a little over two months, especially when for much of the time we only had 12 bait stations out.

We don’t know how many other possums or rats and mice have been killed through poisoned baits but the pellets we put out every week or two into each station are usually consumed within 24 hours. So far I estimate these critters have eaten around 10kg of the stuff! It shows the huge numbers of them in a relatively small area. I’d wager for every one that we have instantly dispatched by trap another three or four have likely died through ingesting the poison bait pellets. That’s a lot of pests for only 22 hectares. Something like 100 perhaps in very short order.

Some people have a problem with this killing. I don’t. While the ecological horse has well and truly bolted and New Zealand can never return to its pre-human state we can get the numbers of these foreign invaders down to levels where our native birds have a chance to breed and recover.

Once we have ‘nuked’ the forest for a year or two we can effectively move to a perimeter defence to stop re-invasion.

Being in a New Zealand forest where the predators are controlled is like no forest you’ve ever been in. The bird song is constant, varied and loud. If a canary makes a fine soloist, our native birds form the choir with accompanying bells in our forests. It is both unforgettable, and, very much worth fighting the alien invaders for.

For those of you in or coming to Auckland, you can see what happens when you control these pests by taking a day trip by ferry to Tiritiri island or visiting Tawharanui Regional Park. Both are easy day trips.

With much of New Zealand heading into drought again with summer well and truly upon us and temperatures now back in the humid, high twenty degrees, the forest is starting to dry out after a typically wet winter. That heavy dank smell of rotting vegetation is giving way to the crunching underfoot of layer upon layer of brown and brittle leaves. I’m looking forward to taking a few dips over the summer break in the fresh water pools and under those waterfalls as we tend the traps and rebait the stations.

And, in time, hopefully, we will get to enjoy the chorus of this beautiful forest once again when it is filled with birds and their precious song. 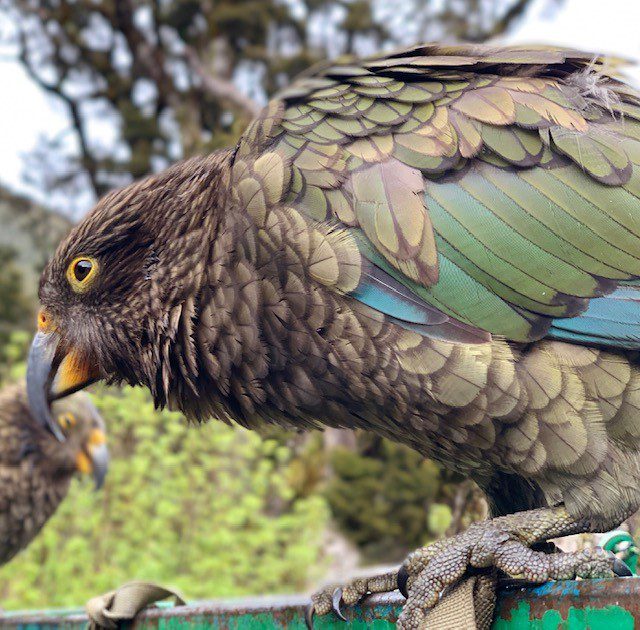