Is The Border About To Reopen?

This week the Director General of Health, clearly our de facto Health Minister during the Covid-19 crisis given the ongoing absence of the elected one, made an interesting and telling comment – virus testing was moving from the community to the border. The obvious conclusion is that with there being only one person left in the country with the Coronavirus this week and no new cases being reported and community transmission halted, this was the clearest signal yet the government is looking to start to gradually re-open the border.

Seems to start with being a movie mogul with the Minister responsible for ‘exceptions’ to the border closure announcing this week that the crew required to complete the ongoing filming and production of the Avatar sequel are to be allowed in. Apparently they have special skills we do not have here which is doubtful given the size of the local movie, television and commercial production industry.

What of the thousands of other highly skilled workers we still need on the farms, in IT, education, biotech, trades and Engineering – many of whom still have jobs but are either trapped offshore or are in New Zealand with work visas in process?

I can imagine that the next cabs off the rank will be the hundreds of current work visa holders who still have jobs here, had been working here, but who were overseas when the border shut down. Strangely they are still not allowed to re-enter the country despite many of those quarantine hotel rooms now sitting empty.

At the same time those with valid work visas (but who hadn’t taken up the job in NZ when the border was closed) should in my view be allowed to enter along with their families. We represent many – IT Security Specialists and Vets to name two – who work in areas of absolute skills shortage who are marooned offshore, leaving local employers tearing their hair out. All our clients have been invited to apply for residence but are unable to take up their respective jobs. All are resigned to 14 days quarantine if that’s what it takes.

Joining them should be partners and children of international student and work visa holders where the student or work visa holder is already in the country. This group was listed among those who could apply for exceptions to be allowed to enter the country when it went into lockdown in March but who were quietly dropped off that list within a fortnight. This has meant hundreds, if not a few thousand, people have had their families torn apart with no end in sight. If the primary applicant is in New Zealand and is still on a valid work or student visa, and in the case of those on work visas, has a job, it is only right (can I say ‘kind’ one more time?) their family should be able to join them.

Tourists I imagine need not apply till there is a vaccine or they are prepared for two weeks of staring at the four walls of a hotel room in quarantine (potentially at their expense) if they are tested on arrival and found to be positive.

I am not saying this will be the order or when it might happen. I do not know and apart from that one telling statement from the Director General, the government has, typically, been silent. I expect however that they will make some announcements over the next couple of weeks.

In a demonstration of how low on the Government’s priority ‘to do’ list immigration really features, what did send a chill down my spine was when, finally, at a press conference this week the PM was asked how a person who seeks to enter the country while the borders are closed should be expected to demonstrate ‘compelling and exceptional humanitarian circumstances’ to get a precious exemption when the form they have to fill provides them 60 words to do so (that’s less than the length of the sentence you just read), she scrunched up her face in quizzical fashion, as she tends to do, and said she wasn’t aware of that but would ask her (ghost) Minister of Immigration why this is the case. Nice deflection Jacinda, but here we are, several days later, and the form hasn’t changed. Did all those Avatar movie makers have to explain in 60 words or less why they should be allowed in?

On the home front we are starting to see the immigration department get back to work and back to their bizarre assessment ways with some new tricks.

I have written previously, that the department was about to ‘go hard and then go even harder’ on new Essential Skill Work Visa applications. They haven’t let me down and have come up, it seems, with some inventive but typically illogical and stupid methods to ensure as few work visas are issued as possible.

For any typical work visa applicant it has always been a requirement that the employer demonstrate a genuine effort to recruit locals for a position and to prove why they cannot train someone for the role. Fair enough – with local unemployment looking to spike to 8-9% by the end of June before starting to fall depending on whose thumb suck predictions you run with — it should be New Zealanders first. Every Government, everywhere, thinks likes that.

Trouble is when you ask a bureaucrat to start applying an otherwise reasonable thought, requiring some exercise in discretion, they tend to go to extremes while their ‘managers’ sit back and watch them do it (Managers inside this department can’t tell anyone what to do you see. Fact).

Already this week we have seen two clients, both highly skilled and specialised receive ‘letters of concern’ (identical to one another it should be noted confirming already this isn’t an ‘each case on its merits’ process) in which the case officer wants to know what current advertising the employer is doing to fill the role.

What employer follows a recruitment process of advertising, evaluating CVs, creating a short list of potentially suitable candidates, conducts interviews, selects one, formally offers a position and then continues to advertise the role? In which part of the universe does that ever happen?

Unfortunately some well-intentioned fool in Wellington sent out the following message in a recent guidance and as usual this has been taken, twisted, misinterpreted and then, like a virus, infected all case officers:

Breaking that down it is clear that immigration officers are under no obligation to request, nor even suggest, that employers re-advertise a role… yet that is precisely what, in the only two cases we have received letters from INZ over work visas this week, they demand.

Identical letters. Neither officer bothered to explain why they are not satisfied that there are no New Zealanders available, just cut and pasted an identical templated letter that burbled on about the Coronavirus, local labour market softening, times are a changin’ and then, as they tend to do, taken a one size fits all approach and demanded evidence of updated advertising.

Which begs any number of questions.

Why were they not satisifed with the genuine efforts made by the employer?

What evidence does the department have of current vacancies in that particular field? Are they up, down, sideways? What is the short, medium and long term labour market outlook for, say Veterinarians in NZ or IT Security Specialists?

Given the employer had done all that immigration rules demand, in an often lengthy and comprehensive process leading to their decision to offer a migrant a job, if they do now run another advertisement online for a week or two, start the process over again but reach the same conclusion and (re)offer the job to the same non-resident, is the case officer going to accuse them of not making ‘genuine efforts’ the second time around and still not being ‘satisfied’ no New Zealander should be available?

I believe they are stupid enough to do it because they have clearly got it in their heads that they should be demanding new advertising to make sure a Kiwi steps forward. All in an effort to find a way, any way, to decline the work visa.

Honestly, I despair. If the advertising programme run by the employer finished, say, less than two-three weeks before the work visa application was assessed by an officer, why would INZ demand new advertising? Is the labour market going to shift seismically in 14-21 days?

If the advertising was completed before the country went into lockdown and jobs starting being shed locally I can better understand the employer being encouraged to have another crack at advertising OR INZ doing its own labour market research.

And if they are going to demand real time labour market testing, isn’t the onus on the immigration department to receipt an application and assess it the day the application was filed? These applications can sit around for weeks in the best of times before case officers bother to look at them. They are seriously expecting employers to wait weeks until it is assessed, before getting this ‘please advertise again’ letter, then advertise again (which to do properly will take weeks), only to have some immigration officer tell them that ‘at the time of assessment’ (not lodgement) ‘I am not satisfied there may not be a local available’? Probably… because that’s how they think. And it clearly what they have been told to do.

Is this a covert way of shutting down the skilled migrant residence programme without publicly announcing it?

I seriously doubt it – work visa rules exist in isolation from skilled migrant residence rules and I haven’t ever come across a senior manager inside INZ who sees any connection (despite both visa outcomes relying on the same job offer, one which is labour market tested and one which is not), it seems to me to simply be another glaring example of a bureaucracy that makes decisions in a reality vacuum with no real understanding of how the real world operates and real businesses operate within that world.

The border might be about to open up a smidge but I fear the visa madness is only just the beginning.

Post script: Last week I wondered if those sitting in the Skilled Migrant Residence Visa processing queue, whose visa INZ hadn’t got round to processing or approving when the lockdown started, might be treated with kindness and as part of the ‘team of 5 million’ if they lost their job, the conditions of that job (such as hours or effective hourly rate) changed such that they are no longer entitled to 50 or 80 points. INZ had this to say today:

‘The conditions in a work-to-residence work visa or a job offer associated with a skilled migrant category visa application must be met for the applicant to be eligible for residence.

‘Must be met’. Meaning if you have lost your job, do lose your job, have your hours and or have your pay cut then you are screwed.

My question of last week appears to have been answered and so much for all being in this together. Migrants might well be out in the cold and are not considered part of the ‘team of 5 million’ and are deemed expendable. 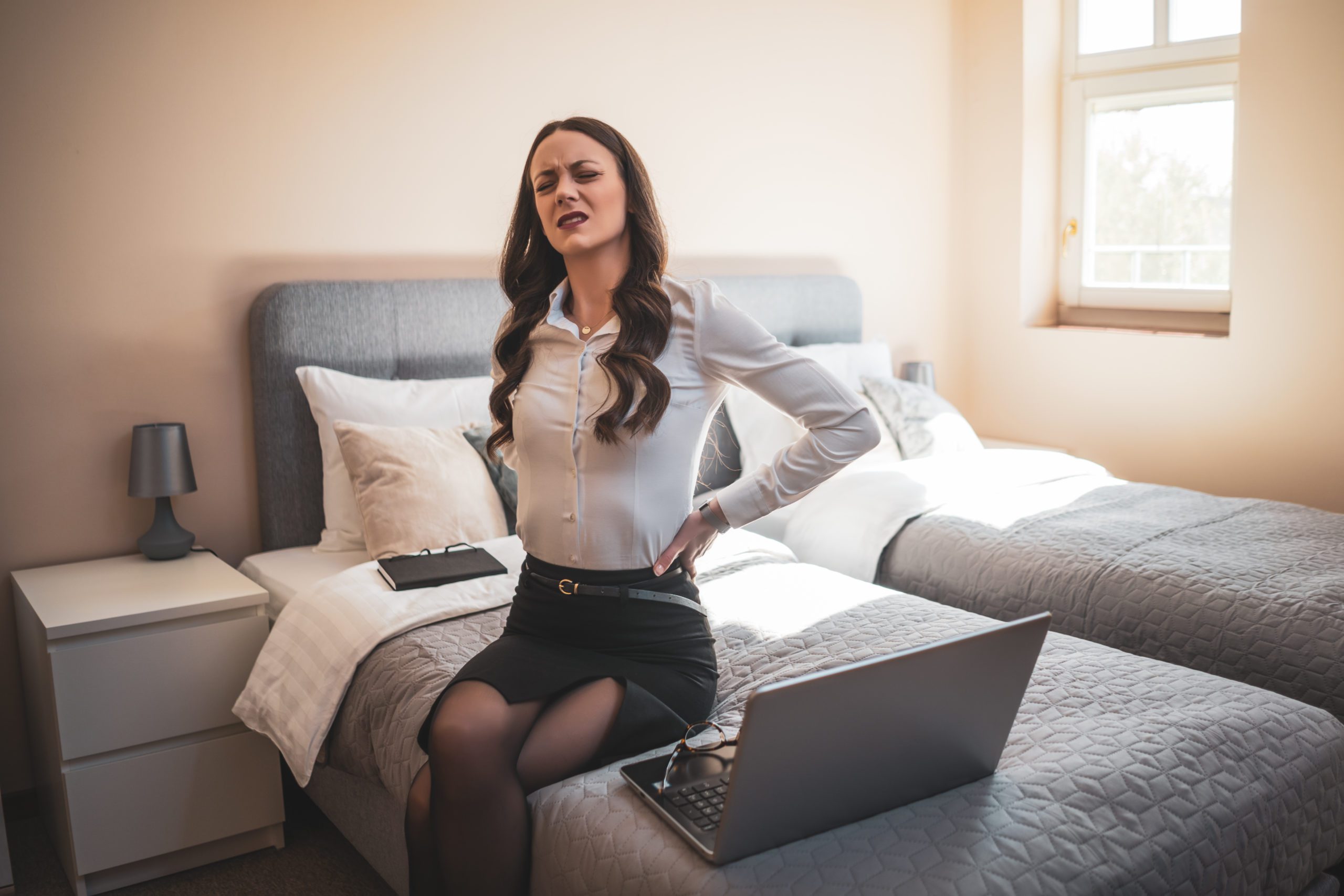