Tomorrow is ANZAC Day, the day which probably more than any other, is increasingly viewed here in New Zealand as a true National Day.

A day when we pause and give genuine and sincere thanks to those men and women who have served in the military forces and in particular those that never made it home, falling in foreign fields or on oceans distant.

We are not big on nationalism in New Zealand, we are too independently minded. If you think we are the same as Australians now, tomorrow is the day you might observe if you were around these parts, we are not.

I find it interesting that this day is the one day when a majority of New Zealanders do give pause and consider what it means to be a New Zealander and reflect on our shared values (egalitarianism, mutual respect and looking after one another). For those of us born here it is a day to give thanks we were and for those that have moved here, a chance to reflect on how they have been welcomed to the ‘family’.

It is strange, you may think, we don’t have an official New Zealand Day. All the countries I regularly visit do but we don’t.

The closest we have is likely to be Waitangi Day upon which we celebrate the signing of the Treaty of Waitangi in February 1840 between the British Crown and most Maori tribes. Depending on your perspective February 6th is still viewed by some as the day the nation was born as ‘one’ whereas a few see little reason for celebration of ‘oneness’ but as reason to regret. To them I’d suggest they consider the alternatives available to their ancestors at a time of European and Russian imperial expansion given how hard the nation has worked the past 25 years to right the clear and obvious wrongs carried out following the signing of that ‘founding’ document. That’s another story on its own but this process of putting things right is actually part of what we should celebrate about who we are and how we think about fairness and respecting others.

For many New Zealanders ANZAC Day is simply the day when our ‘lads’ hit the (wrong) beaches of Gallipoli in Turkey in what turned out to be a battle which to us, with 100 years of hindsight to draw on, has to be one of the most stupid military follies in the history of stupid British follies. Wrong beaches. Largely impenetrable landscape. Turks with the high ground. Slaughter ensued over a number of months as these sons of a young New Zealand were forced to face almost certain death in ill thought through attacks they knew had a significant risk of death. And die they did in their thousands.

Some say this was the time when we ‘came of age’ as a nation. When what it meant to be a New Zealander was ‘forged’ in the heat of battle and all that. In many ways it may seems odd to others that anyone might think a country might come of age at a time we had our asses whipped and our young men slaughtered in the thousands before being forced into a humiliating and forced retreat by sea.

I however ‘get it’. New Zealand it has to be remembered was a British Colony. Where Britain went we went because we were ‘British’. But through those harrowing days and weeks I think that perhaps our people started to realise that while we were still firmly British we were increasingly a little less British than many of the officers that commanded us from the ‘mother country’ (we were not allowed our own ). Through those dark days perhaps we were developing our own ‘style’ perhaps best illustrated by a story (which I have no idea if true but it sums up New Zealanders) which offers some insight into who we are – a British officer said in exasperation one day to one of his NCOs – ‘What does it take to make these blasted New Zealanders salute?’

The reply which I suspect was not meant to be as sarcastic as it might sound was ‘Perhaps you should try waving, Sir….’

It does sum us up – some of the greatest soldiers have come from the soils I call home. But underneath that is a more relaxed attitude and rejection of class that permeates today as we value egalitarianism over almost every other virtue.

Almost 100 years ago to the day two of my great Uncles, Francis (Frank) and Louis MacLeod were boarding troop ships in Wellington and heading for Europe following the outbreak of World War I.

Although neither realised it as their ships edged out of Wellington harbour into Cook’s Straight neither would ever see their country or family again. Both were destined to die on the battlefields of the Somme, one of his wounds in 1916 and one a year later. One died of wounds and the other’s body was never found.

In a real surprise we recently came across a thread of emails on a forum that took place between a distant mutual relative and a military researcher who was able to pinpoint on a military map of land and battlements surrounding a small village in France called Flers, the trench system in place in September 1916 and even the location of the dugout where Great Uncle Frank was last seen during an early morning attack before it was hit by artillery fire. To know that you lost relatives in these wars is one thing – to be able to see a map of the village, the trench system, the trench he fought in, the dugout in which he is presumed to have died, to know the date, almost the time he died and to be able to understand something of the battle, certainly brings it all very much closer to being ‘real’.

ANZAC Day for me has become not just a day to remember the family who died and other dead and wounded but to celebrate as a New Zealander when those first seeds of national identity were growing far away on the fields of battle. To me though that was only part of this evolution in who we have become. Back home we had families torn apart (we had the highest per capita dead and wounded) where neighbour looked after neighbour and families took in widows and orphans. Through it all a national ‘personality’ and values system continued to evolve and develop. We now hold fast to those values of looking after and out for one another and of preferring to welcome those who might be different rather than turn them away, dismiss or join in the subjugation of them for their differences.

We no longer go where Britain goes just because we are part of that nation’s family tree. We don’t ask how high when the US wants us to jump in on their next programme of ‘democratising’ some far off land. These days our military tends to be proud to be peace ‘keepers’ rather than peace ‘makers’ and our largely independent foreign policy sees us commit troops only at the request of the UN (Afghanistan in 2001) and Iraq (in 2015). We did not go to George Bush’s war in Iraq. We have peacekeepers all around the world helping to rebuild nations torn apart by civil wars or wars imposed on them by others.

We are proud to build and educate, not bomb and tear down.

I often speak at my seminars around the world that imbedded very deeply in our DNA as New Zealanders is a heartfelt need, to help. To extend a helping hand. To look after each other……

I realise that we started to see this in ourselves 100 years ago on the beaches, gullies and trenches of Gallipoli and the fields of France. It might not have been the actual time these values were set in our genes but April 25 is the day, more than any other, we have tagged as demonstrating we are not British, we are New Zealanders and while we still have much in common, we are different. We are our own distinct people with our own values system.

Here we are a century later about to give thanks once again not just to those that have gone before us but for the legacy they have left us. 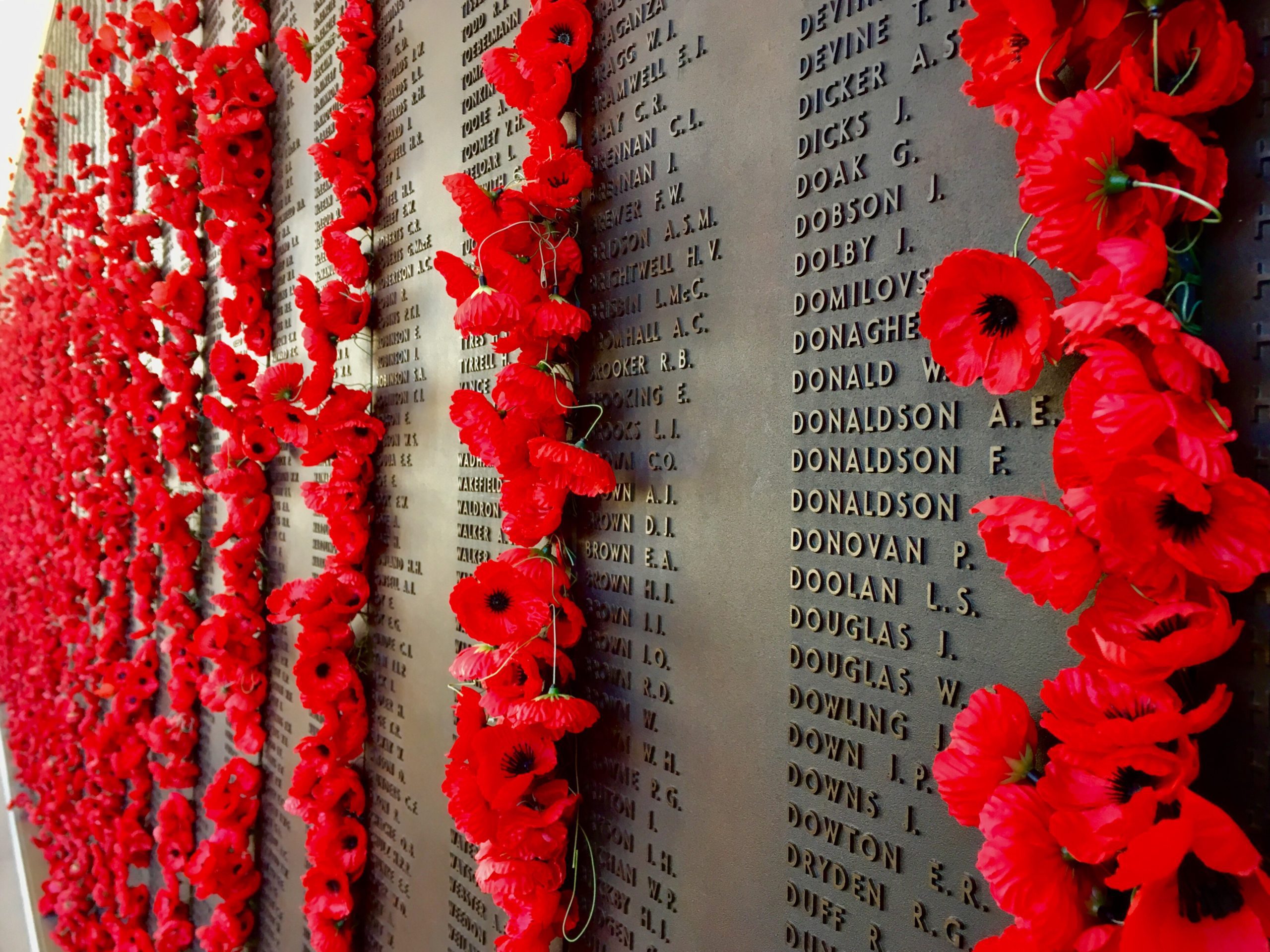