The New Zealand government announce this week not one, but two landmark light rail projects for Auckland.

Auckland has long struggled with being a massive sprawling city covered in single unit dwellings. We have long cherished the back garden as a place to relax and entertain. The days where we could afford such luxuries is both environmentally and economically behind us and with changing lifestyles, less treasured. Recent changes to the planning laws in Auckland is now allowing for increased density along major transport routes. The idea being that medium density housing supports public transport and an efficient public transport system supports medium density housing. I have to say I’m a fan of the plan.

As I prepare to leave Kuala Lumpur I’m reminded of what building (often high density) housing without good public transport can do in terms of congestion, air quality and overall quality of life. It never fails to amaze me as I look down on the freeway that snakes below the Hilton Hotel in from the 33rd floor that peak hour traffic lasts around four hours. The traffic barely moves. Clearly, the city leaders recognise this and they have just completed their own mass rapid transport system to compliment a more fragmented light rail and monorail system which is groaning under demand pressure. The MRT is a delight to use — in a city that is, for the most part, filthy and disrupted by seeming constant road works, the MRT is clean, cheap and it is regular. This is a city of 9 million people living in an area not dissimilar to that covered by Auckland. Auckland only has 1.7 million people and so some have questioned the need and financial sustainability of such projects, however there are still 200,000 more people in Auckland today than lived there four years ago.

Something had to give as commutes in Auckland were also taking up to 2 hours to get to and from work for those 40 or 50 km out of the city. The motorway system, recently completed after 50 years of planning and building, cannot cope. The city was losing an estimated $1.5 billion a year through lost productivity and as a country committed to the Paris Accord on climate, we simply have to do something to reduce our greenhouse gas emissions. Getting cars off the road is a good start.

In response, the new government has confirmed funding for light rail from downtown Auckland all the way out to Auckland airport. That was well signalled, but what was not was a second line which will service the rapidly growing north western suburbs. It amazed me that this part of the motorway network, recently completed, is up to 10 lanes wide yet in the morning the traffic is still crawling along bumper to bumper. I could not understand (as this motorway was doubled in size in recent years) why a cycle lane was built alongside it but there was no dedicated busway nor any plans for light rail. Well, now we have a plan for it. We’re told that by 2024 all things being equal we will have both built, delivering part of a world class public transport system to compliment buses, ferries and existing rail.

When I consider my own staff’s commute, two of them have traditionally come to work on a ferry (from different ends of the city), one comes by rail and at least one uses the bus service. I for one will be on that light rail as soon as it is built (I have a dislike for diesel belching buses and their aggressive, law ignoring drivers).

One issue we have had is the cost and there is no doubt in my mind that if these are not lowered for all forms of public transport it will be difficult to persuade people to get out of their cars. The grand plan seems to be an increase in the regional fuel tax on petrol and diesel which will be used to both fund the light rail and, in the longer term, perhaps subsidise the operation.

Interestingly, this week the New Zealand Super Fund (the organisation that invests for New Zealand’s pension system) has indicated interest in owning and operating – likely in partnership with a private sector operator – the two new light rail operations. An interesting development.

There’s no doubt that today Auckland still has a highly efficient public transport system when compared to most other cities, including many other first world cities around the world, but equally spending time sitting in traffic benefits no one in terms of productivity or quality-of-life.

I happen to live very close to where one of these two rail lines will go and I am less impressed with the proposal of a targeted rate (local tax) for those of us living nearby the proposed light rail. We’re told that our property values will increase as a consequence and we should therefore pay more taxes. I don’t quite follow the logic – people who live close to ferry wharfs or bus stations aren’t being charged higher local taxes and nor people who live close to motorway onramps, but they all benefit. Given within a few years I fully expect New Zealand will have capital gains tax on residential property I hope the government recognises that if my house is more valuable because it is close to such public amenities when I sell it I’ll be paying a chunk of it to them in taxation.

While I am no particular fan of the current government, on this light rail initiative I give them full marks, even if it costs me in the wallet if my house value increases. 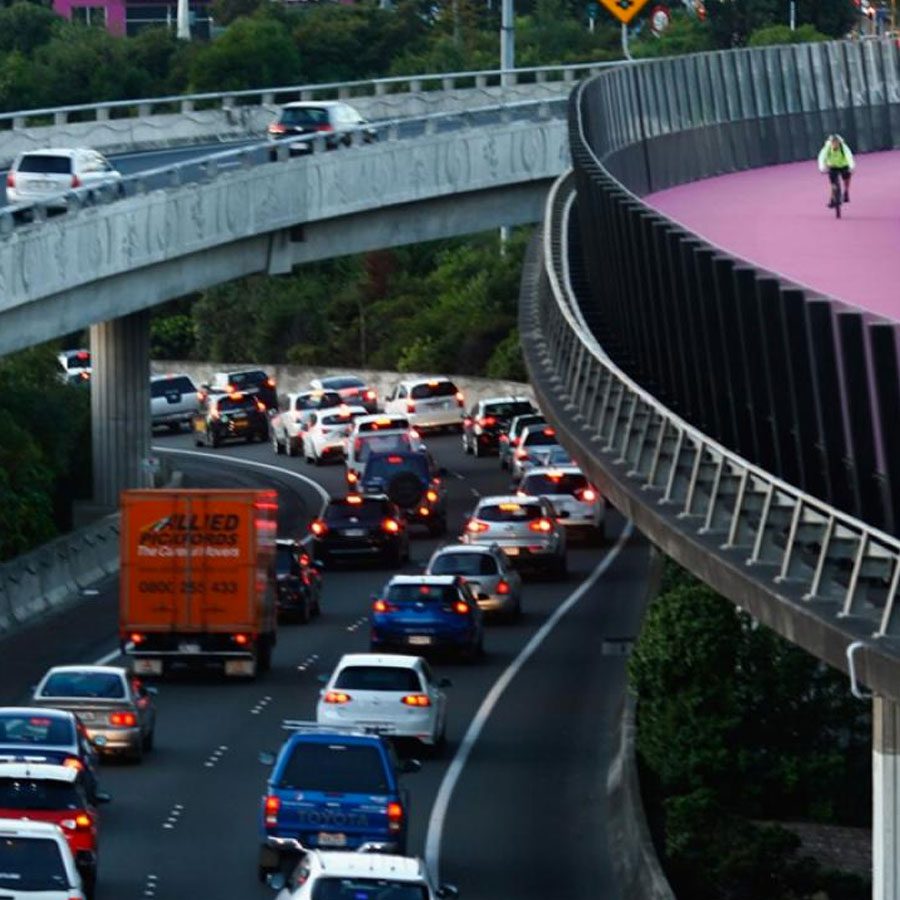